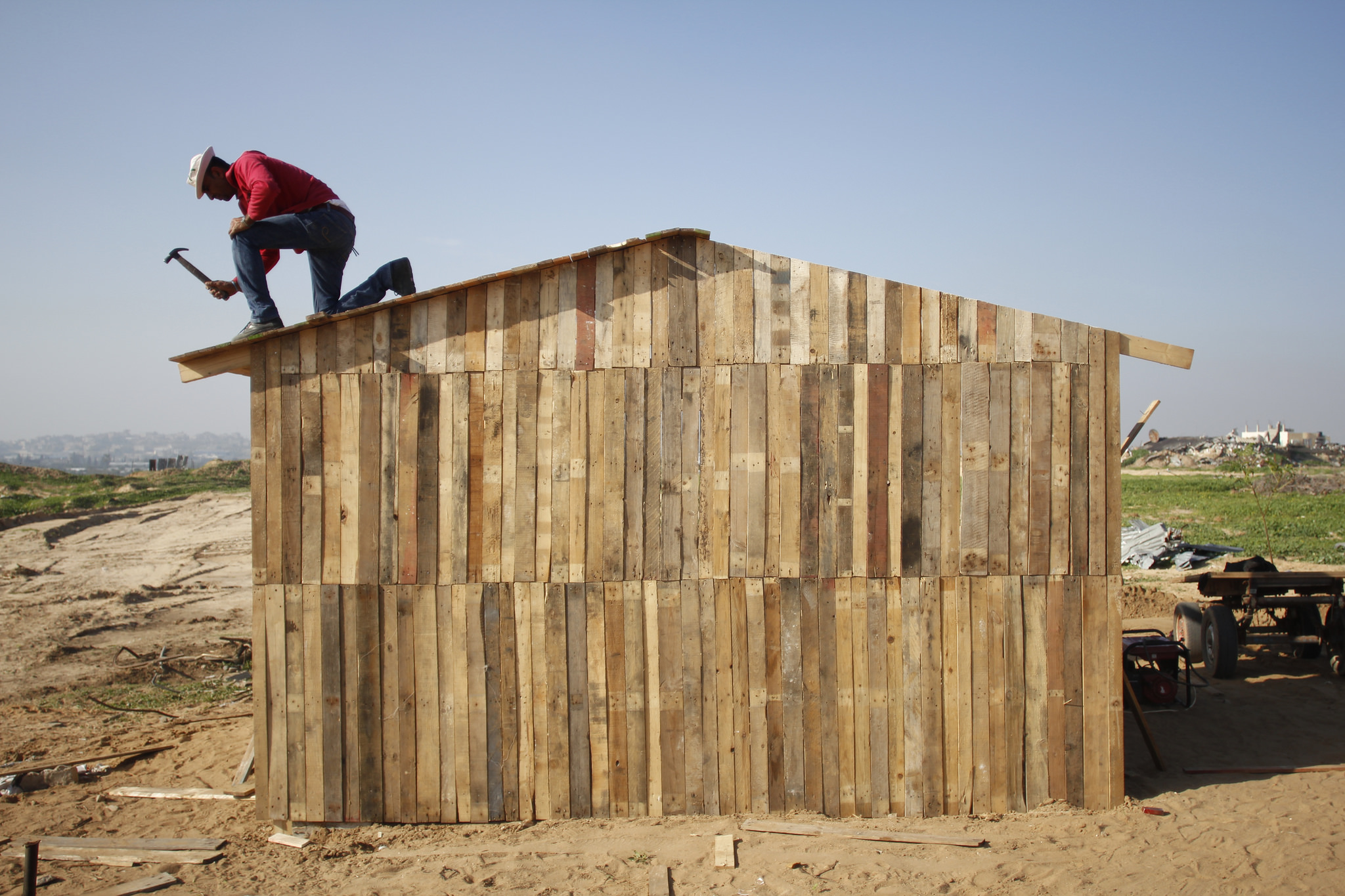 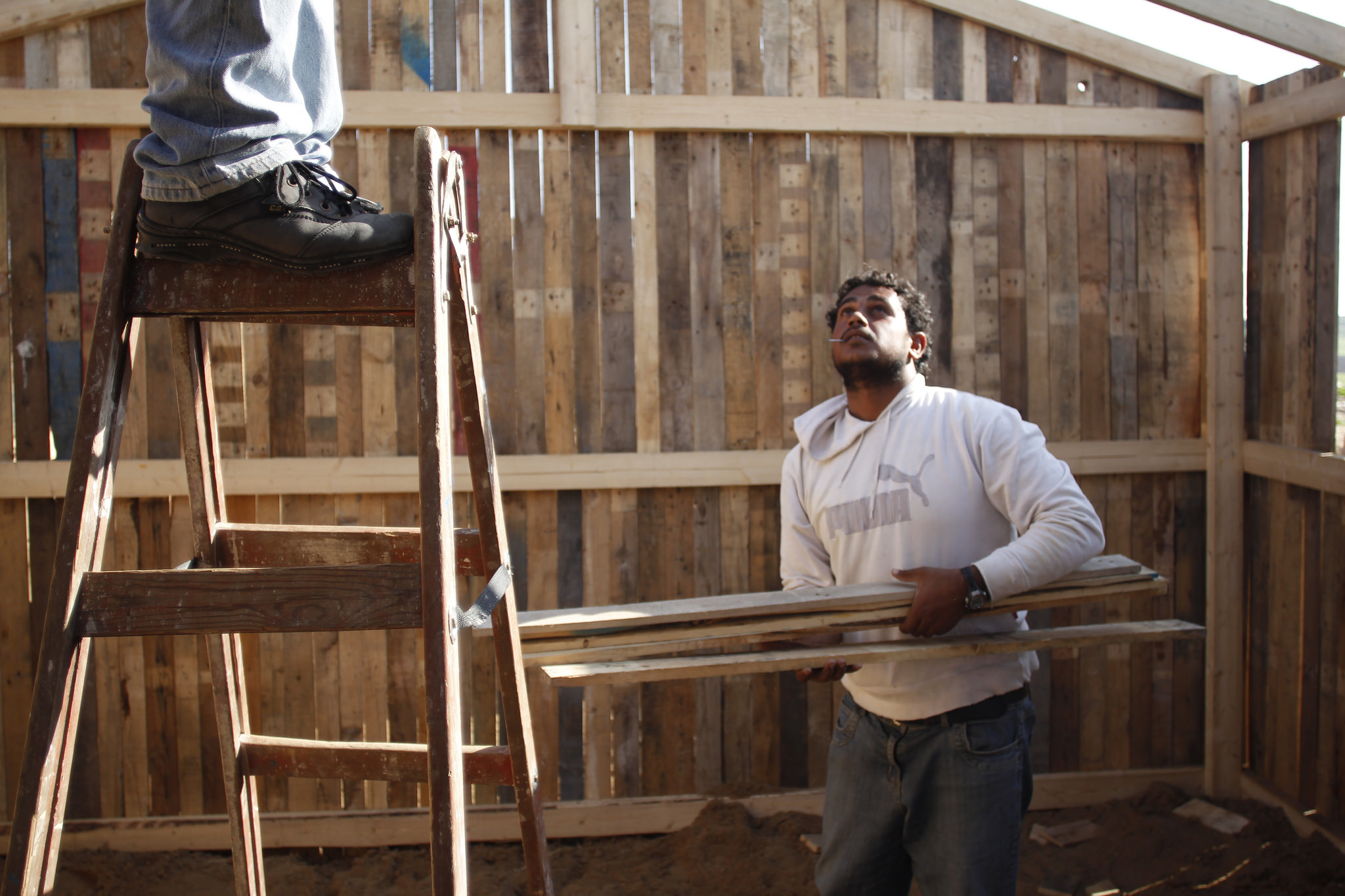 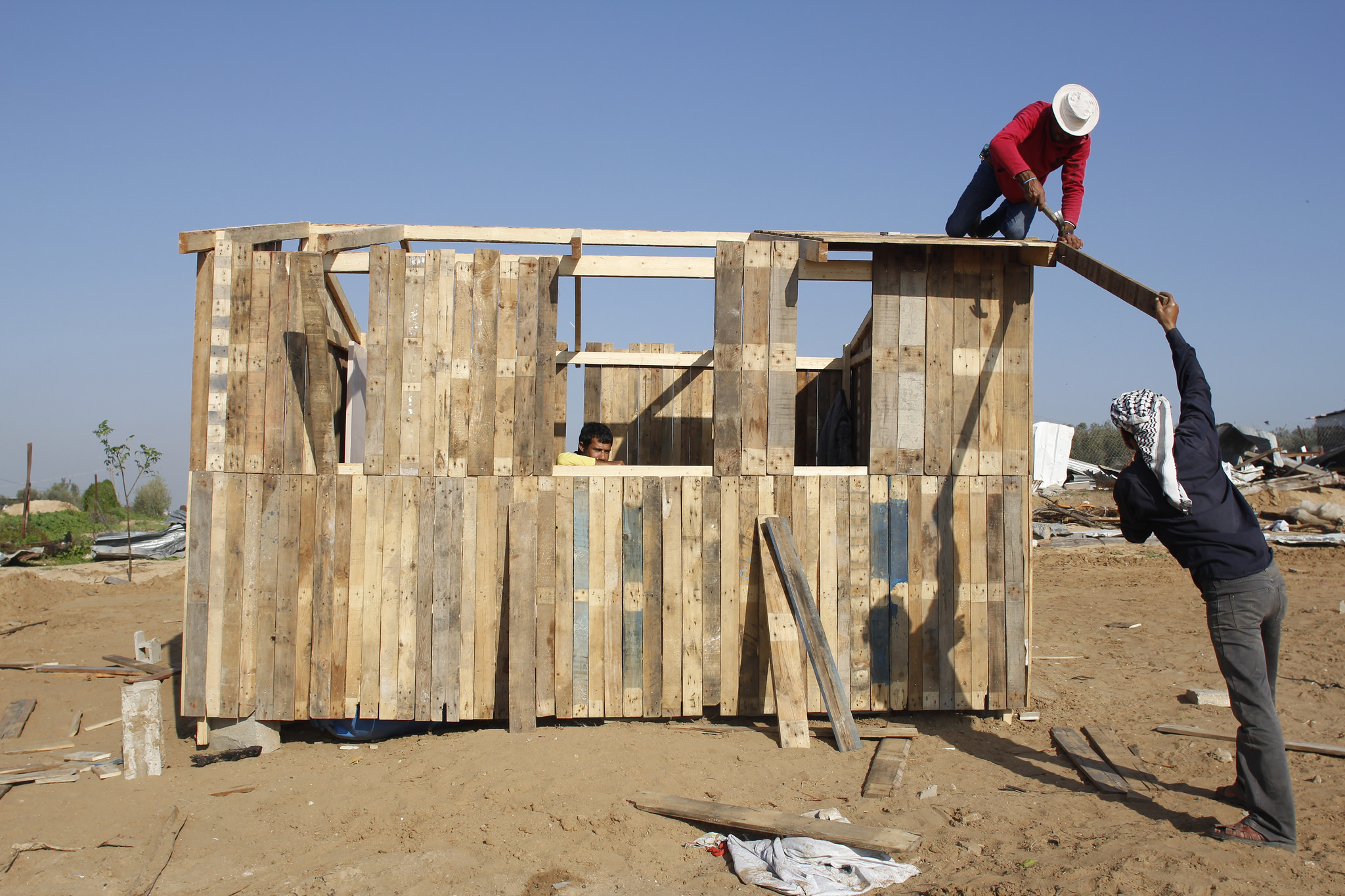 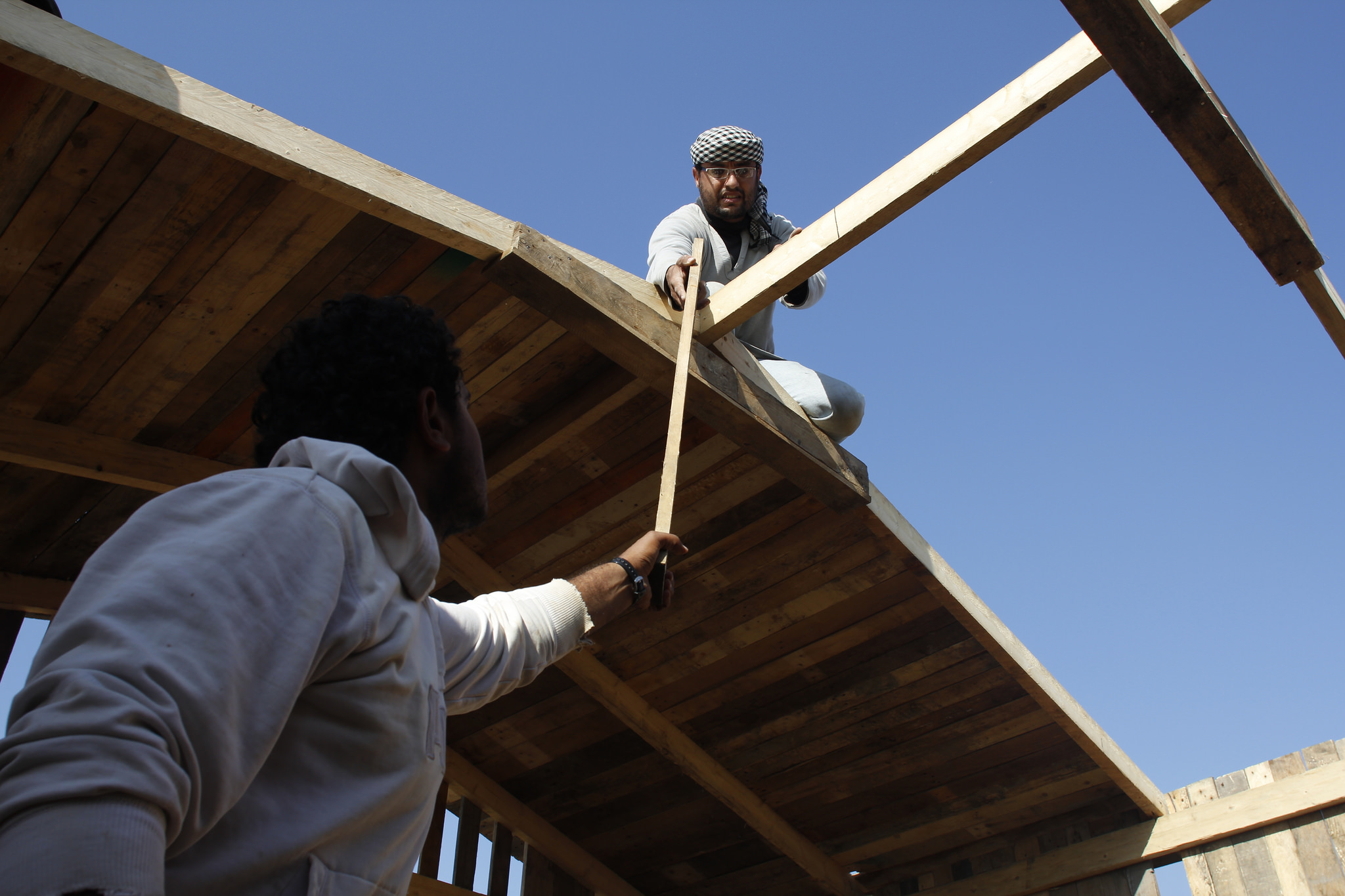 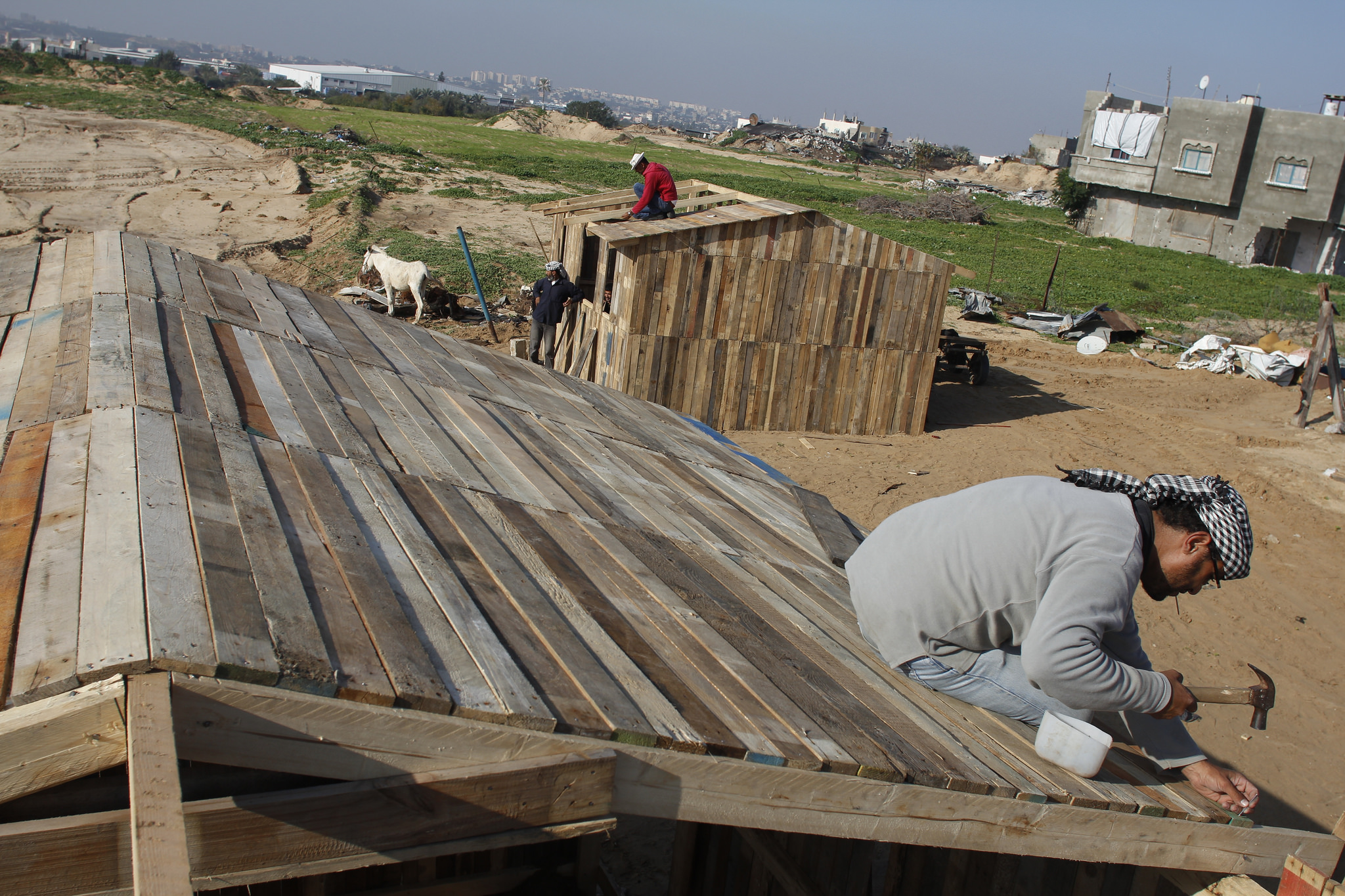 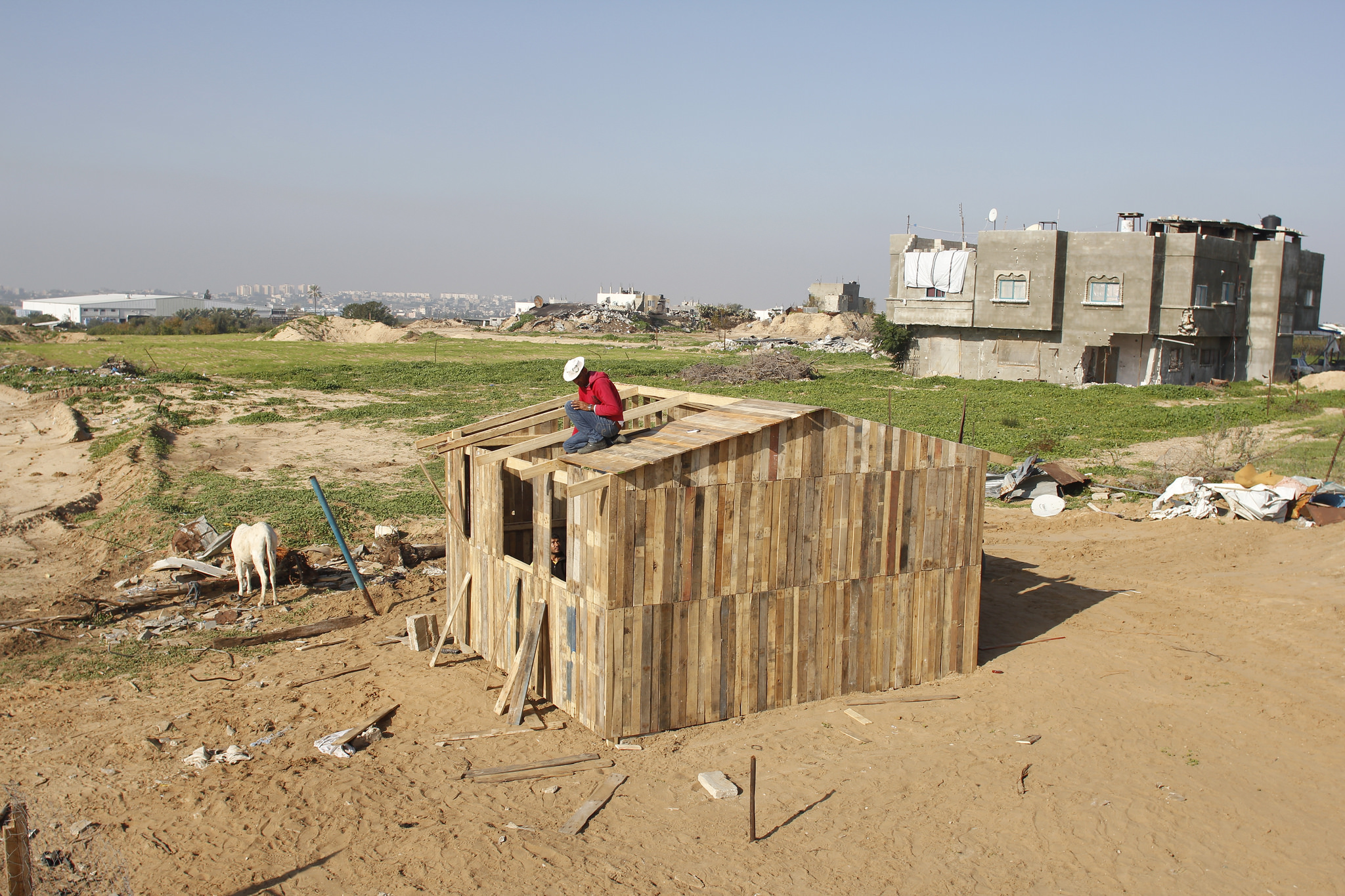 The damage Israel inflicted on Gaza during its 50-day attack last summer left thousands of Palestinians in desperate need of aid and home reconstruction. The process of rebuilding has been heavily impeded by the blockade, which prevents most types of building materials such as cement and steel from entering the strip. This shortage has caused many to resort to making repairs and building new homes with the limited supplies that are available.

32-year-old Yousef Abu Shuraitah rebuilt his own home using wood and several of his neighbors requested his assistance in doing the same for their homes. The following testimonies from Yousef Abu Shuraitah and Alian Abu Rashid, one of the many people who have asked for Yousef’s help, describe the conditions they are living in and how wooden huts are providing relief for some families.

My neighbors, whose homes were destroyed in the last Israeli attack on Gaza, asked me to build wooden huts for them after they saw me do this for my own home.

The blockade prevents the entry of cement, steel, and other materials needed for reconstruction. The lack of aid from international institutions for Palestinians whose homes were destroyed prolongs the conditions. So far, I have built twelve houses in the Abu Safiya area, and the demand continues to increase.

Wood is allowed to enter through the Kerem Shalom border crossing. We recycle and reuse materials to construct the wooden huts. These are meant to be short-term shelters until real homes can be reconstructed. People are tired of living under harsh conditions in shelters.

We evacuated our house and area at the beginning of the Israeli war on Gaza. We received orders to evacuate immediately from Israeli aircrafts, so we fled to the schools that were serving as shelters. After the war, we returned to area, but nothing was left. Our house was destroyed and the entire region became uninhabitable due to the destruction of electricity and water sources.

So we returned to the shelters. After some of our neighbors returned to live in our area, we went back with them. We built a shelter made of nylon at first, which is unhealthy and unlivable. When we heard of Yousef's wooden hut idea, we asked him to build one for us next to our demolished house. We are currently working on the hut, which should be ready for habitation within a few days.