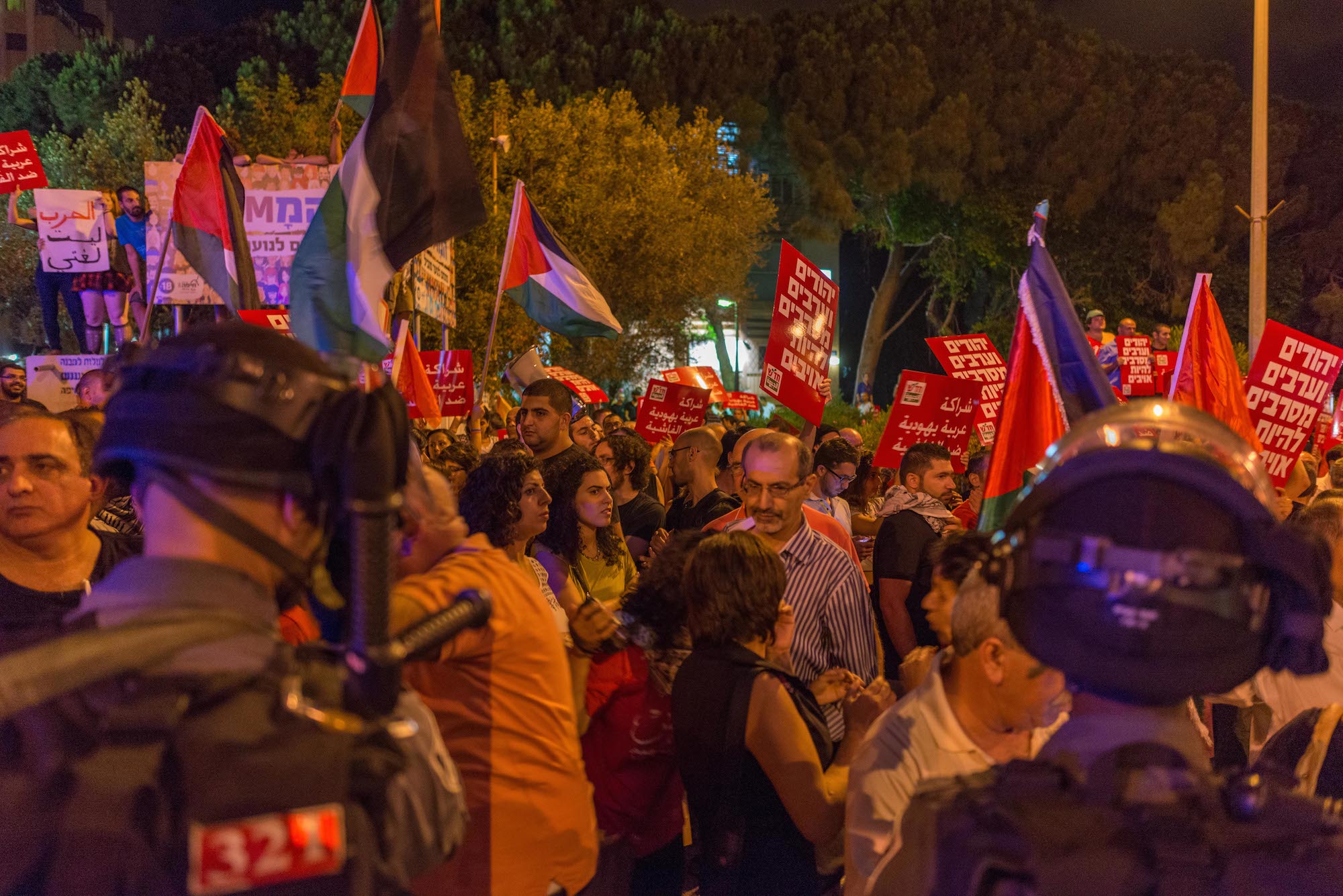 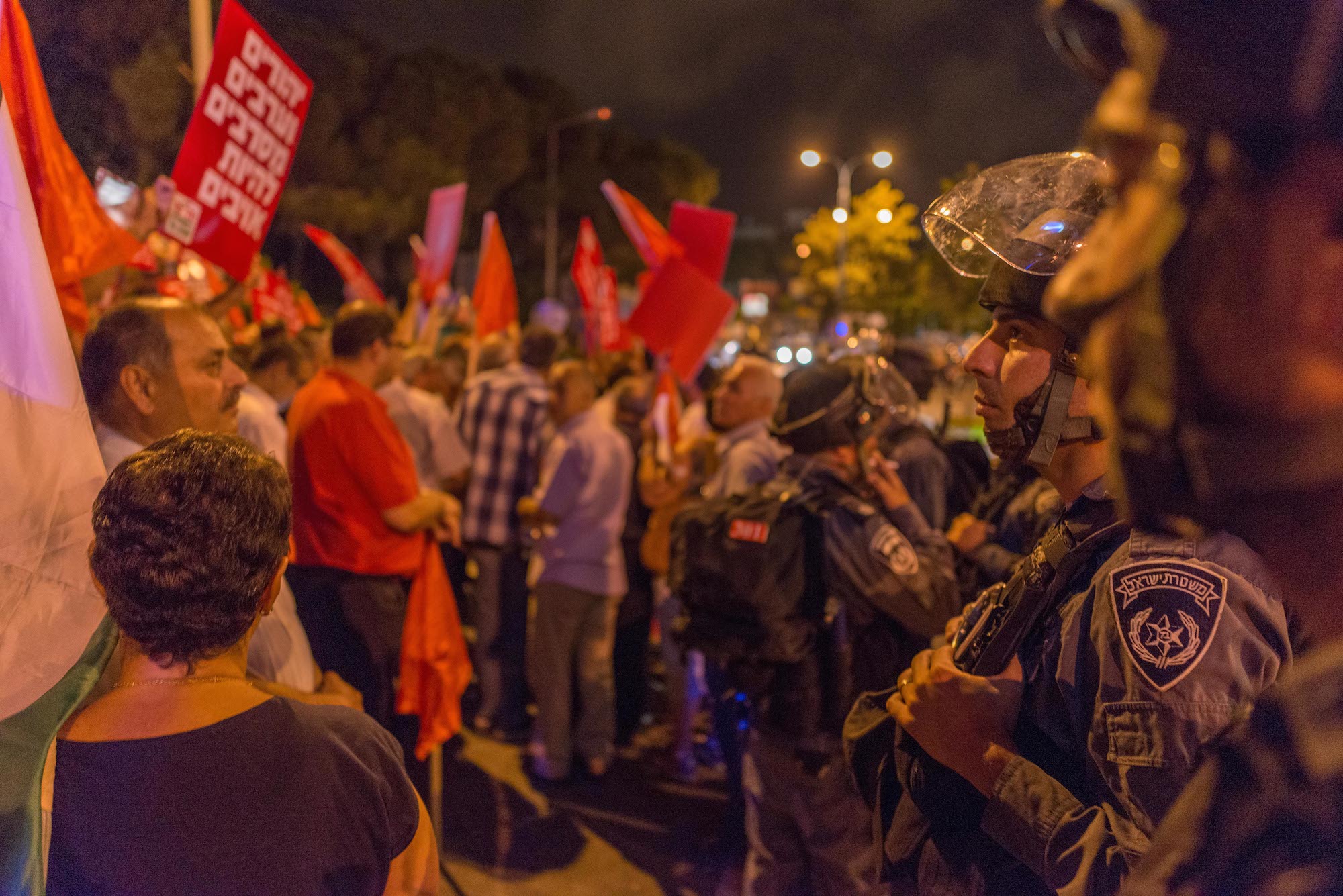 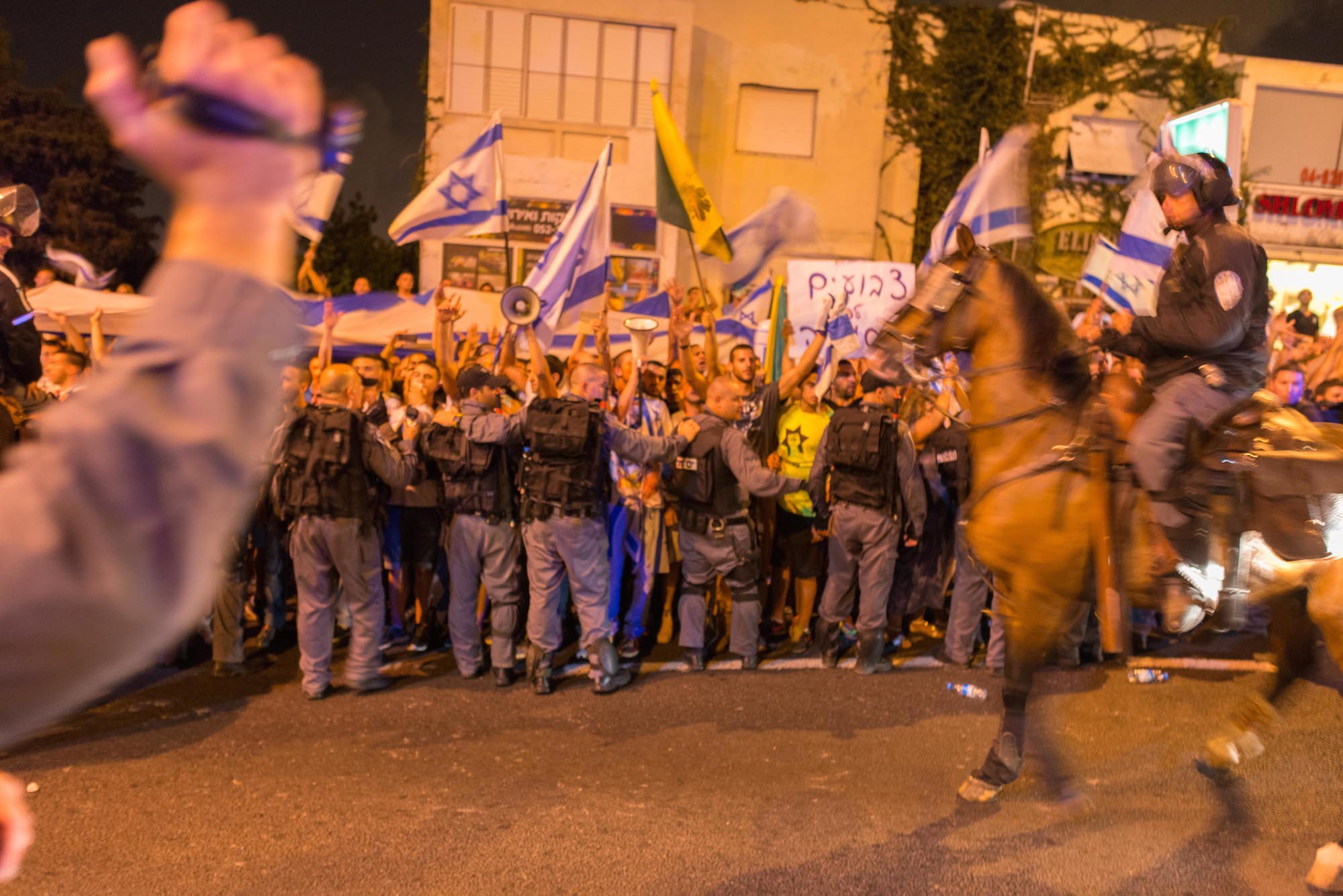 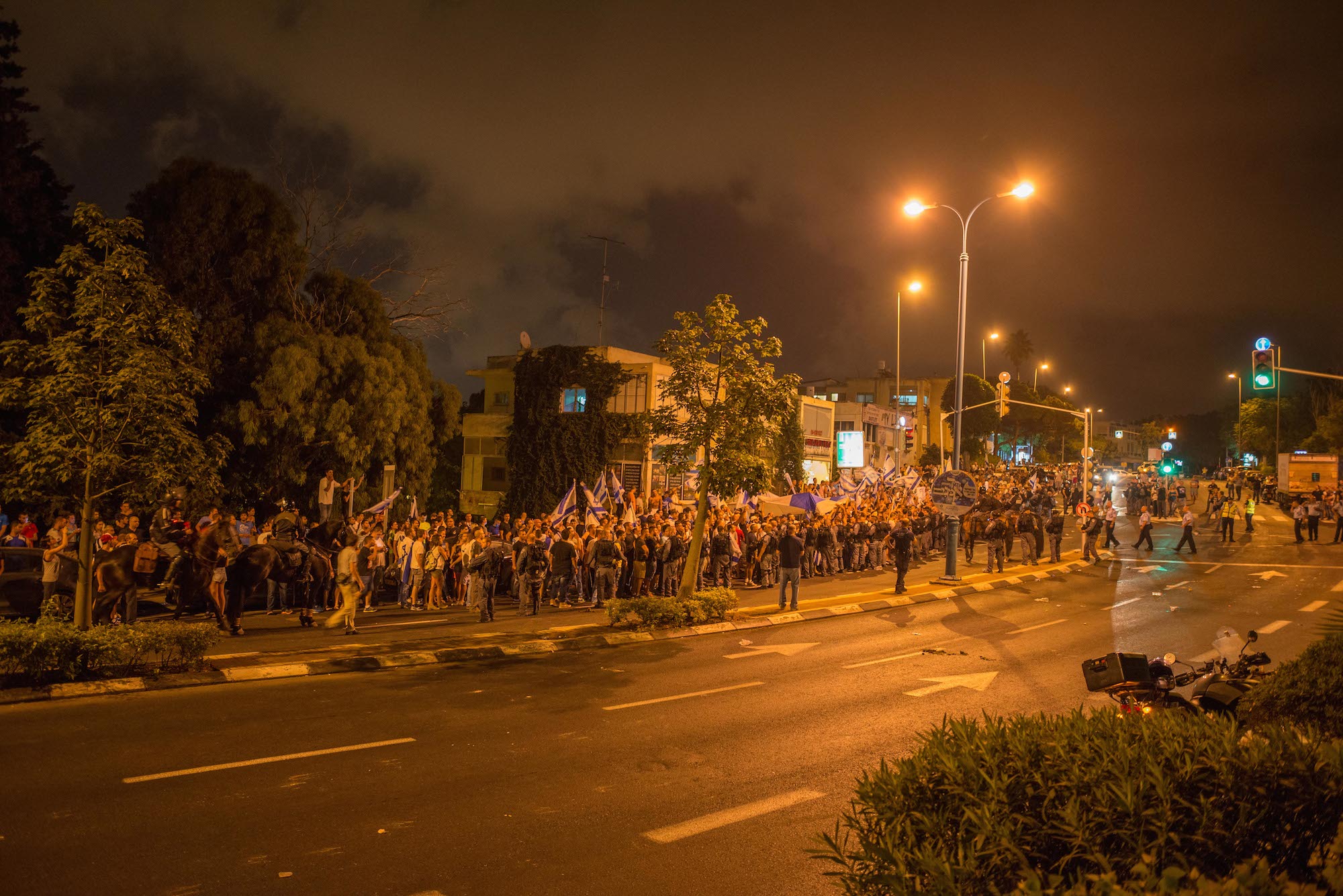 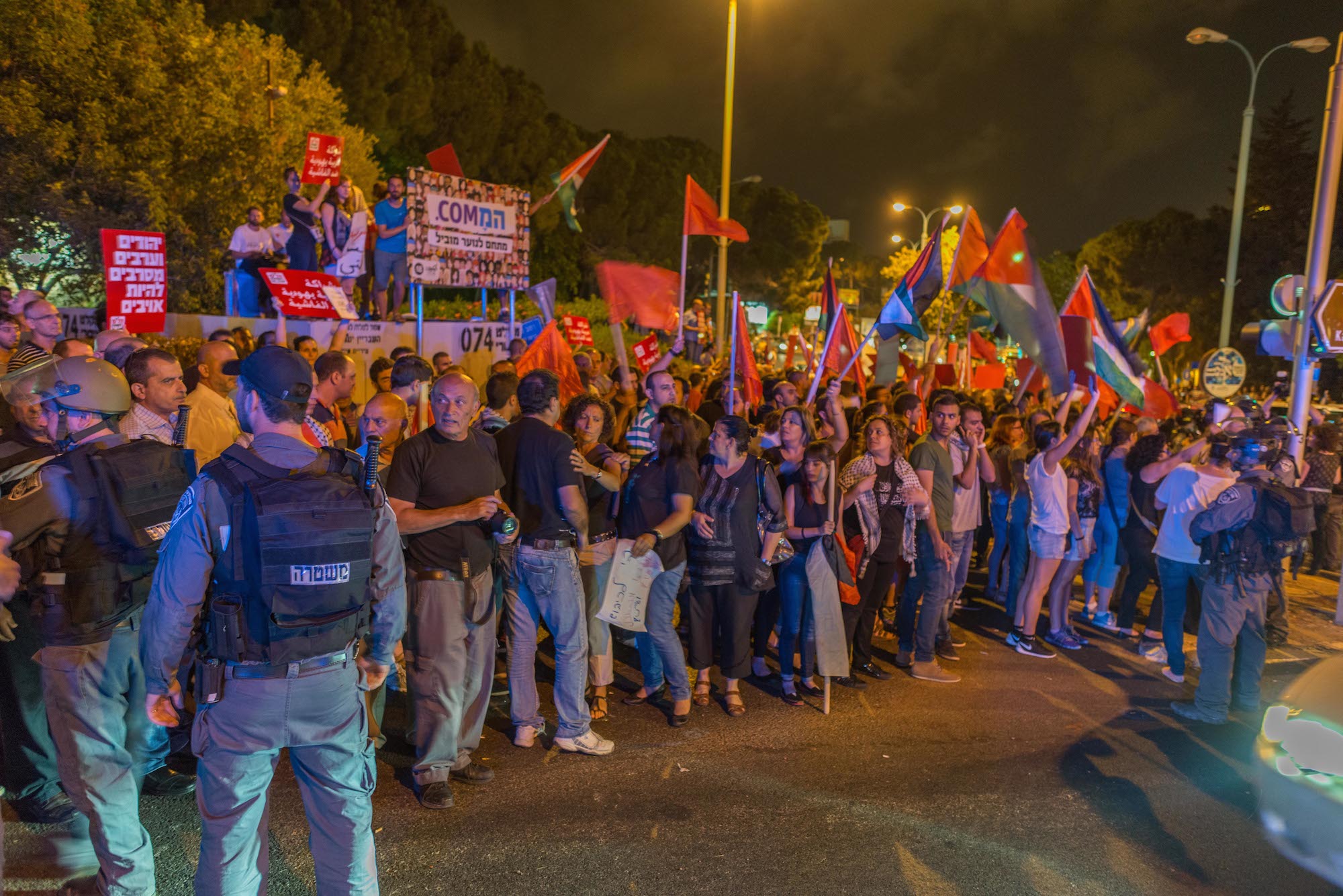 Last night, there was a huge demonstration against Israel's attacks on Gaza. The demonstration — which was supposed to be a march, was sponsored by Jabha, a socialist political party. The group applied for a permit to hold a march, which was granted. A counter-protest formed in short order, after Baruch Marzel, a right-wing politician, called on Israelis to join. The counter-protesters numbered in the hundreds, and perhaps more than 1000. We were on two sides of the street with the police atop horses, policing our side and forming a human chain around the counter-protesters.

Because it was so large, the police refused to allow the protesters to march and instead confined us to a narrow area on the sidewalk and a small park. Israeli counter-protesters hurled stones, bottles, and stink bombs our way and the police did absolutely nothing. They then chanted "Death to Arabs" and "Arabs, Go to Gaza" and "Muhammad is a pig." Our side responded with "Arabs and Jews Refuse to be Enemies." In all of my time here, I have never, ever heard "Death to Arabs" in Haifa.

It was decided that the anti-war demonstration would end early and as people began leaving, some counter-protesters started chasing people with clubs, sticks, and rocks. One man hurled an Israeli flag (on a large stick) at a car full of anti-war protesters. The police, again, did nothing.

The counter-protesters were praised the next day on TV by anchors for "protecting the nation." With such levels of discrimination and incitement, the situation here in Israel seems to be deteriorating by the day.