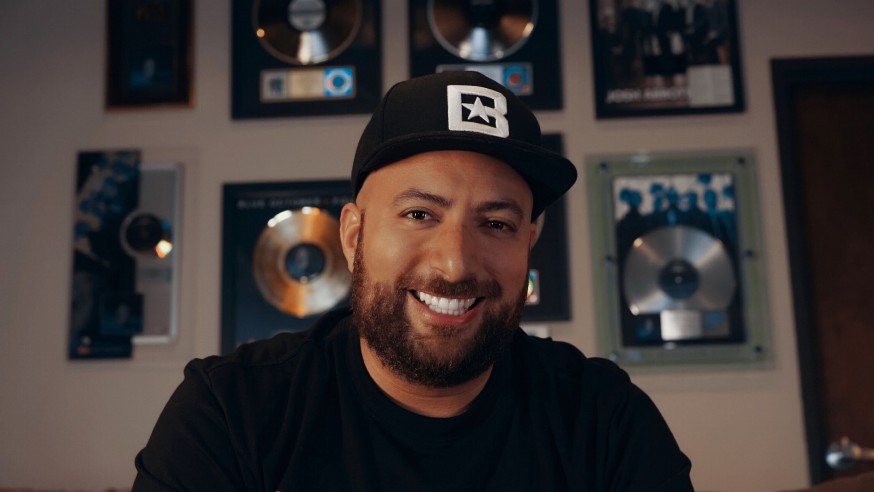 Turning his dream into a reality, Abe Batshon created an online music platform that is the first-of-its-kind, offering everything needed to help music creators and entrepreneurs get started growing their business. BeatStars, founded in 2008, empowers independent music producers and artists from around the world, helping them create top hits and generate millions.

Born and raised in Hayward, California, Batshon was exposed to a variety of music from a very young age. “I started out with a love of Arabic music.” When he was a child, his grandmother would bring home videos of Arabic concert series from the rental store she owned, and the two would sit in their room and watch them together. “It was so crazy and beautiful,” says Batshon. But his love for music did not stop there. Raised in one of the epicenters of the 90s rap scene, Batshon was influenced by some of the most iconic rappers. “My neighbor a few houses down was Spice 1. He was our neighborhood hero. Because of him, we would see all these superstars as kids—Tupac, Richie Rich. My luck as an 11-year-old kid to see these heroes in front of my face!” His exposure to the East Bay music scene triggered what he calls an “obsession with hip hop,” leading him to want to know more about the process of music-making. “Seeing these guys become superstars in front of our eyes, it fascinated me. I started to dissect the music business, trying to figure out how it all worked. The production, the process—I was so obsessed with the process.” The seed of his long career in music was thus planted.

At first, music was Batshon’s outlet. “Writing was my therapy. Writing poetry, rhymes, songs with meaning, personal stories and encounters and things in my life... I would just let it all out into music.” With time, Batshon, whose parents are refugees from Lydd and Yaffa, began to write songs about Palestine and the conditions he witnessed firsthand in Ramallah. “I was the only Palestinian in a majority Black community, so I grew up around the Black struggle. I watched my friends go through these things that Spice 1 and Tupac were expressing in their art. When my grandma would go visit family, she would always take me, so I saw and experienced our people’s conditions—Palestinians’ conditions. I couldn’t handle the injustice my people were going through. I related what I saw in Ramallah to the Black struggle I grew up around, and I just started writing music about it. Music—the way Tupac did it—music was going to be our outlet.” From there, Batshon began connecting with people in online chatrooms, convincing producers from Japan to Denmark to give him a beat. “It was the best thing to ever happen to me in terms of my personal and artistic development, that I was able to write songs about Palestine, that I connected with these producers online. I wanted to recreate that for every single kid in the world who wanted to express themselves through words, through art.” This desire laid the foundation for what would become BeatStars, a music-making site.

Years of dedication and hard work in the music industry turned BeatStars into a success. Following some time running his own record label in the early 2000s, Batshon began working at one of the first digital distribution companies in San Francisco. It was there that he gained an understanding of how the music business really operates. As he worked his way up within the company, he signed many artists, including big names like Mac Miller, Macklemore, and Killer Mike. While he worked to get these artists’ catalogues uploaded in the time between CDs and iPhones, Batshon connected with the producers who were around the artists. “They wanted their own catalogues, their own ways to make a living instead of being left out in the shadows. I took that and started building a blogsite called BeatStars where producers could showcase their beats. In 2008, you couldn’t buy a license for a music production, for a beat. There was nothing that empowered producers. So I quit my job and dedicated myself to curating and showcasing the best beats on the website.” As more and more people began to inquire about purchasing beats, Batshon knew he had created something worthwhile. From there, he and his team developed a process to purchase the music on the site and download it with the license. Now, BeatStars is a full-blown marketplace serving over 2.5 million people.

Through the success of it all, Batshon remains dedicated to the reason he started BeatStars in the first place. “The thing I am most proud of throughout my career is that for the last 12 years we’ve made young people explore being a music entrepreneur. When I get a call from a kid in Alabama, a kid from Saigon, making money selling beats, supporting his family—I’m so proud of that, of making these kids believe they can control their future in music and build sustainable businesses outside of the music industry. And do it with dignity! Without having to sell their soul or clout-chase or be people that they’re not! It’s all about their art and creating businesses for themselves.”

As he helps musicians and producers across the world realize their dreams, Batshon still hopes to achieve one more dream of his own: establishing a music center in Palestine. “Because we’ve created this awesome marketplace and built our own ecosystem and economy outside the music industry, because I love Palestine and our people so much, because beatmaking and music production is not as prevalent in the West Bank or ‘48, the plan is all about education in Palestine. We are more prepared for this world when we are educated and have a full skillset.” Batshon is dedicated to expanding possibilities for Palestinians on-the-ground. “If we can create a center that is based on the education of music-making, a technical hands-on kind of school, and we create a curriculum of engineering, beatmeaking, the production side of music, then you can take that and produce from anywhere in the world. If we can get these kids in Palestine thinking in a way of industry, in a way of possibility, then their art can take them anywhere.”