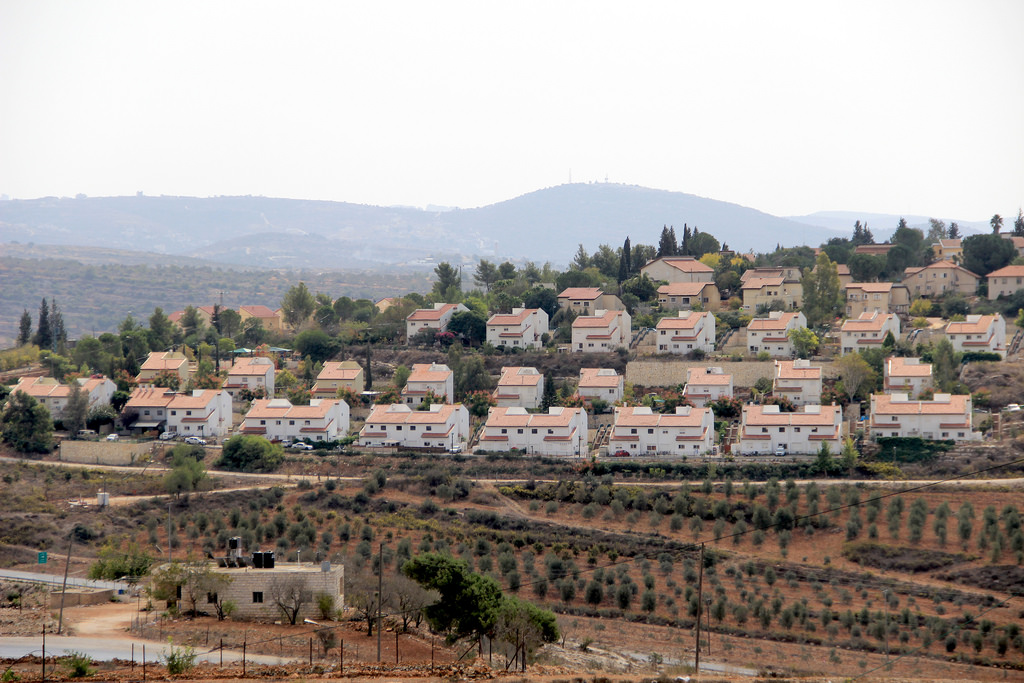 Israel’s settlement enterprise has had a devastating effect on the lives of ordinary Palestinians living in the occupied territories. Private Palestinian land is frequently expropriated for the building of settlements. Settlements also separate and isolate Palestinian population centers from one another and from the outside world. The presence of settlements, along with Israeli policies implemented under the guise of protecting them, severely restrict the movement of Palestinians, affecting employment, education, access to health care, and the economy.

Since Israel’s establishment in 1948, the United Nations and international community have not recognized the sovereignty of any country to any part of Jerusalem in the absence of a permanent peace agreement in the region.

on May 4, 2018
Arin Laub and Mohammed Daraghmeh, Associated Press

For Palestinians, Israeli Permits a Complex Tool of Control

More than 300 Palestinians showed up at an Israeli military base in the West Bank recently, hoping they could win the lifting of security bans that prevent them for entering Israel. But they were also anxious. Talking in small groups, they recounted past experiences where some had been asked to spy on their neighbors in exchange for a permit — a gut-wrenching choice.

In a field south of Haifa, near an Arab village that was depopulated and abandoned in 1948, children read the lyrics of nationalist anthems from their iPhones, while their elders sat beneath awnings, listening to dignitarites and musicians.

Israel Celebrates Its Independence, We Mourn Our Loss

Seventy years ago, the world changed around my family. The establishment of the state of Israel represented self-determination for Jews, but a catastrophe — “nakba” in Arabic — for Palestinians. In the area around the Mediterranean city of Haifa, where my family has lived for six generations, only 2,000 Palestinians of a population of 70,000 remained.

Bassem Tamimi’s voice sounded frail and exhausted when he answered the phone. He had been answering calls about his daughter’s arrest by Israeli Defense Forces for days, “They surrounded my home,” he told Yahoo News. “Between 3 and 4 a.m., they attacked the village.” His daughter, Ahed Tamimi, 16, was arrested last month in a pre-dawn raid on the family’s home. The arrest followed another video, posted to Facebook, of Tamimi protesting the Israeli occupation by slapping an Israeli soldier outside her house in Nabih Saleh.

Ahed Tamimi: A Teen in Search of Freedom

16-year-old Palestinian Ahed Tamimi hasn’t seen a day of freedom. She's spent her youth protesting a foreign army that has jailed, shot, and killed her unarmed relatives. After defending her home from Israeli invasion, she now faces years in prison. Imagine if this was your reality.

We write in support of Lorde, who made public her decision not to perform in Israel and has now been branded a bigot in a full page advertisement in the Washington Post. Shmuley Boteach, the author and promoter of the advert, supports Israel’s illegal settlements and wrote last month on Breitbart to thank Donald Trump for “electrifying the world” with his recognition of Jerusalem as Israel’s capital in defiance of international law.

hed Tamimi was 11 when I met her, a little blond slip of a thing, her hair almost bigger than she was. I remember her grimacing as her mother combed out the knots each morning in their living room. The second time I went to a demonstration in Nabi Saleh, the West Bank village where she lives, Ahed and her cousin Marah ended up leading the march. Not because they wanted to, but because Israeli Border Police were chasing everyone...