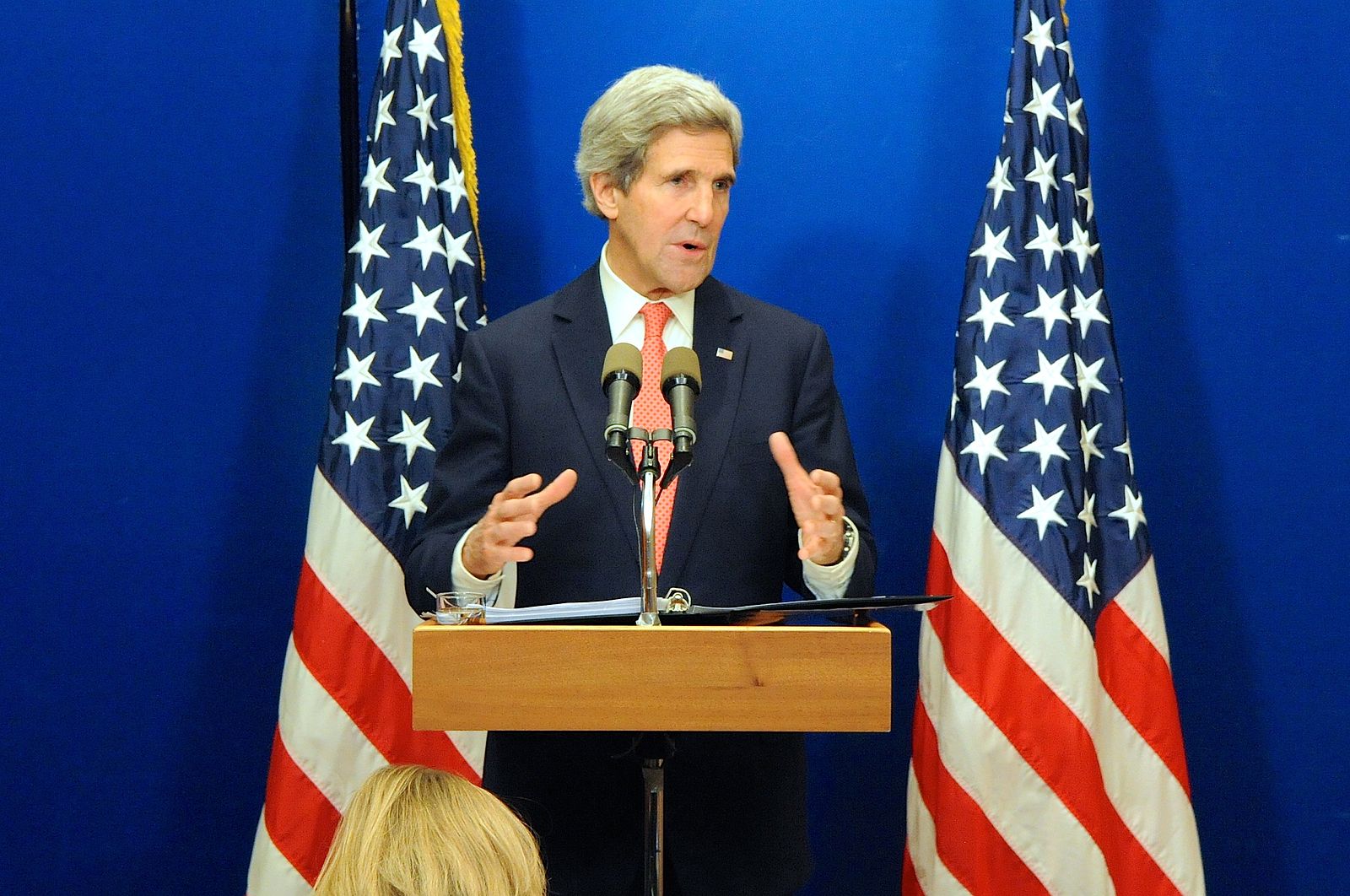 Since the establishment of the state of Israel in 1948, the United States has played an important role in the Arab-Israeli dispute. For the last forty years, that role has been as Israel’s closest ally and supporter, providing it with enormous amounts of military and economic aid, as well as diplomatic cover, while at the same time presenting itself as a third-party “honest broker” in peace negotiations between Israelis and the Palestinians.

Explainer: The Controversy Over Increased Funding for Iron Dome

An international conference to promote the Trump administration's $50-billion economic support plan for the Palestinians kicks off in Bahrain.

More than 2,700 Palestinian demonstrators were injured on Monday — at least 1,350 by gunfire — along the border fence with Gaza, the Health Ministry reported. The mass protests began on March 30 and had already left dozens dead.

Since Israel’s establishment in 1948, the United Nations and international community have not recognized the sovereignty of any country to any part of Jerusalem in the absence of a permanent peace agreement in the region.

Detained and Then Deported: U.S. Human Rights Lawyers Barred from Entry into Israel

Two U.S. human rights lawyers were detained Sunday for 14 hours at Tel Aviv’s Ben Gurion International Airport before being deported back to the United States. Columbia University’s Katherine Franke and Center for Constitutional Rights executive director Vincent Warren were repeatedly questioned about their associations with groups critical of Israel.

Natalie Portman has decided against receiving an honor in Israel and canceled her trip to accept the prize, according to the organization honoring the actress. The Genesis Prize, which honors notable individuals "who inspire others through their dedication to the Jewish community and Jewish values," has canceled its annual ceremony in Israel in June following the actress' apparent decision to not take part in the event.

‘Tibi, Not Bibi’: The Palestinian Who Stood up to Pence on Why He Could Be the Region’s Next Leader

Israel's Central Bureau of Statistics revealed a figure on Monday that will concern the country's nationalistic right wing: As many Muslims (6.5 million) now live alongside Jews (6.44 million) between the River Jordan and the Mediterranean Sea. But for one man in the midst of the Israeli-Palestinian quagmire, that number is full of encouragement.

Sarah Silverman has never exactly shied away from the outrageous, whether in her comedy or on Twitter. But when she stood up for a teen activist last week, the backlash was intense, even for her. On Feb. 15, Silverman tweeted out a link to an Amnesty International petition to free 16-year-old Ahed Tamimi accompanied with the following message: "Jews have to stand up EVEN when — ESPECIALLY when — the wrongdoing is BY Jews/the Israeli government."

A letter posted today by the organization Dream Defenders calls for the release of a detained teenage Palestinian activist, Ahed Tamimi, who was arrested by Israeli forces this past December for slapping an Israeli soldier in a video that went viral. “In the US, we know all too well what it’s like to be oppressed simply because you exist, because you refuse to give up your fight for freedom,” the letter signed by artists and activists including Vic Mensa, Tom Morello, Angela Davis, Jesse Williams, and Cornel West reads.