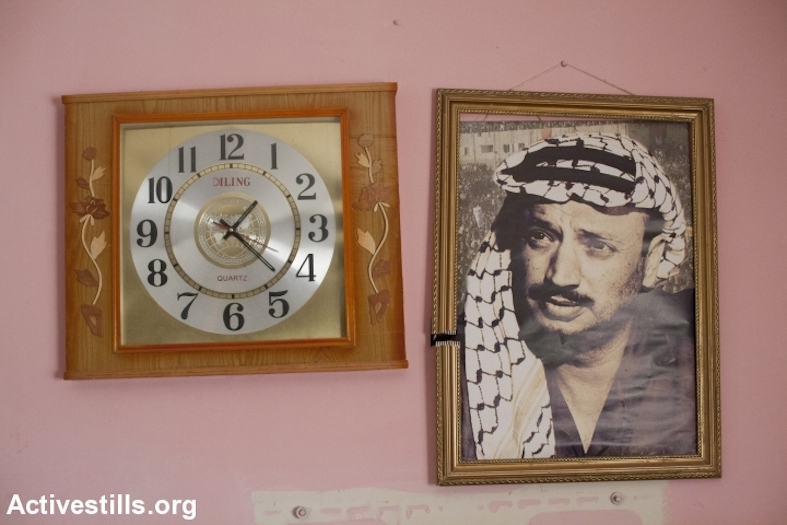 In July 2000, at the invitation of President Bill Clinton, Israeli and Palestinian leaders met at Camp David to negotiate final status issues for a hoped-for final peace agreement between the parties. The summit took place nearly seven years after the signing of the first of the Oslo Accords, which were supposed to lead to a final deal within five years.

PLO Chairman Yasser Arafat went to Camp David reluctantly. Arafat believed a leadership summit to be premature and mistrusted Israeli Prime Minister Ehud Barak, who had failed to implement previously signed agreements and instead greatly expanded Jewish-only settlements on occupied Palestinian land, particularly in East Jerusalem, at a much more rapid rate than his predecessors, including Benjamin Netanyahu during his first term in office. However, Arafat was convinced to go by President Clinton, who assured him that the Palestinians would not be blamed if the meeting were to end without an agreement, promising that there would be "no finger-pointing."

In secret talks preceding Camp David, Palestinian negotiators offered far-ranging concessions beyond the international consensus of what the outlines of a peace agreement should look like. They were prepared, for example, to accept Israeli annexation of large Jewish settlements in the West Bank, in return for land of equal value and size in Israel, instead of complete Israeli withdrawal from the occupied West Bank. They were also open to Israeli sovereignty over parts of East Jerusalem, including the Jewish Quarter of the Old City.

In contrast to the story of the "generous offer" allegedly made by Barak, in reality the Israelis never actually made a formal offer to the Palestinians at Camp David, and submitted no written proposals. The only proposals offered by the Israelis were made orally, mostly through US officials, and lacked detail. The Israelis and Americans pressured Arafat to accept these vague proposals as "bases for negotiations" before moving on to other, more serious negotiations. These oral proposals, which Barak was careful to make conditional on Palestinian concessions, included:

Under the Israeli proposals, Palestinian areas in the West Bank would have been fragmented into four units, separated from each other and the outside world by Israeli settlements and their connecting roads, jeopardizing the contiguity and viability of any prospective Palestinian state.

Robert Malley, who was Special Assistant to President Clinton for Arab-Israeli Affairs and participated in the Camp David summit, would later write:

"Had any member of the US peace team been asked to describe Barak's true positions before or even during Camp David - indeed, were any asked that question today - they would be hard-pressed to answer."

In the end, the Camp David summit ended without an agreement, after which President Clinton praised Prime Minister Barak's "courage," and, contrary to his earlier promise, blamed the failure of the summit on Arafat and the Palestinians. This one-sided narrative quickly took hold in Israel and the U.S., allowing Israeli leaders to claim that there was "no Palestinian partner" for peace, with long-lasting consequences for all involved.

In October 2000, frustrated by years of negotiations that led nowhere while Jewish settlements continued to expand rapidly on their land, the second Palestinian intifada erupted, sparked by a provocative visit by then-Israeli opposition leader Ariel Sharon to the Noble Sanctuary mosque complex in Jerusalem.

Five months after Camp David ended, in December 2000, the U.S. presented the so-called "Clinton parameters," which delineated President Clinton's proposals for ending the conflict. However, by this time events were spinning out of control on the ground, as Israel responded with deadly force to what were mostly unarmed demonstrations during the first days of the Second Intifada, escalating the violence, and polls showed Barak was headed towards imminent electoral defeat at the hands of the hardliner Sharon.