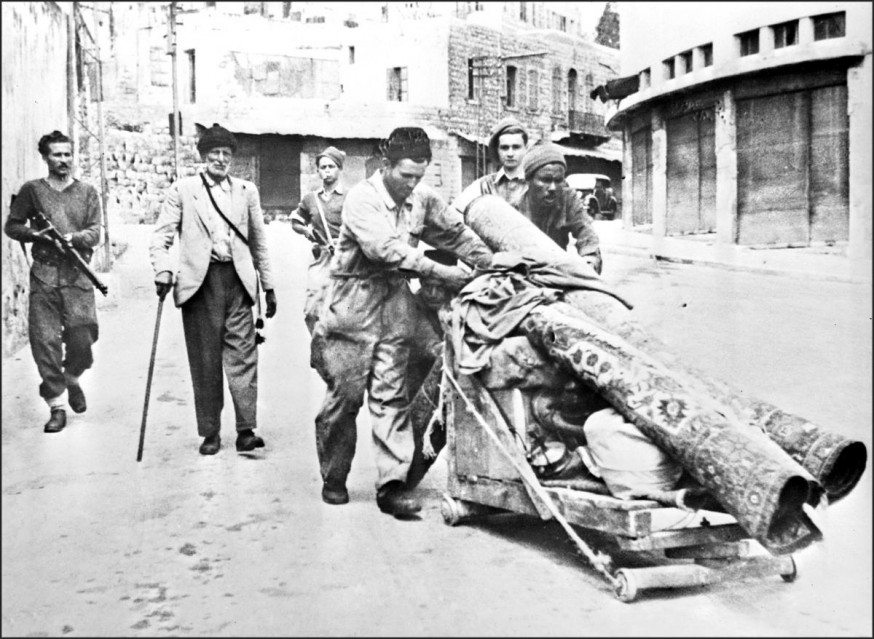 PHOTO: Palestinians being expelled from their homes in Haifa by soldiers from the forerunner of the Israeli army, weeks before Israel declared independence. April 1948 (Photo: AFP)

For further reference, see our previously released fact sheets, The Nakba: 65 Years of Dispossession and Apartheid, and The 65th Plan Dalet: Blueprint for Ethnic Cleansing.

The Nakba by the Numbers