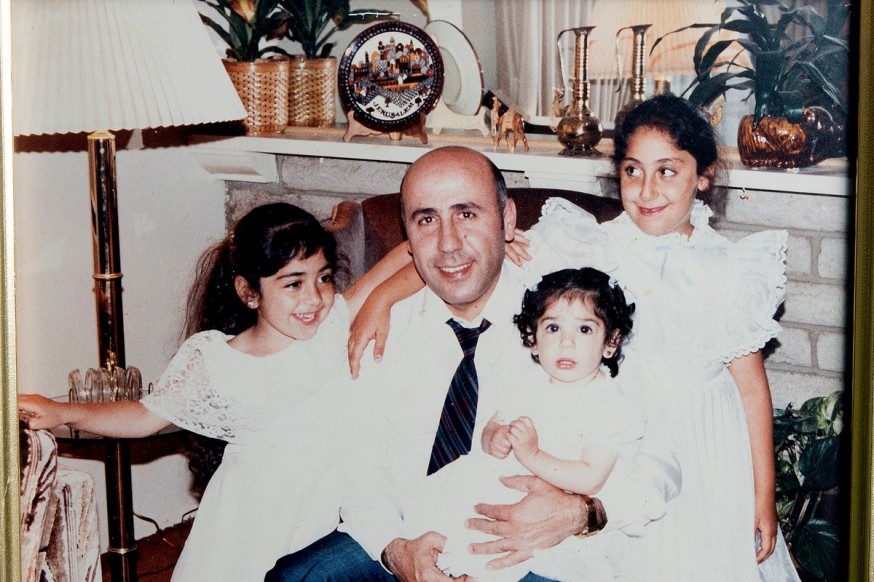 Palestinian-American Alex Odeh was a passionate defender of Palestinian human rights and advocate of inter-faith unity between Jews, Muslims, and Christians, a loving husband and father, and a talented poet.

Born into a Christian family in the town of Jifna, Palestine, on April 4, 1944, Alex lived through the mass expulsions of Palestinians during Israel’s establishment as a Jewish state in 1948 and following Israel’s occupation of the West Bank in 1967, becoming a committed advocate for Palestinian rights. As a result of his outspoken support for Palestinian rights, he was assassinated at the office of the American-Arab Anti-Discrimination Committee (ADC), in Santa Ana, California, where he was regional director, in 1985.

A budding poet dedicated to education, Alex attended Bir Zeit University and Al-Najah University in the occupied West Bank, then studied economics at the University of Cairo before immigrating to the US in 1972, to attend California State University at Fullerton for a master’s in political science. His family remained in Palestine, where Alex would return just a few years later to marry his wife, Norma.

From the moment he stepped foot in the United States, Alex was a strong advocate and powerful voice for not just Palestinians, but all Arabs. He began his lifelong commitment to justice and advocacy at the Saudi Arabian Cultural Mission in Los Angeles, where he worked for several years after his arrival in California. He taught Arabic at Cal State Fullerton and at Coastline Community College, where he also taught Middle East history and politics and served as an elected member of the Academic Senate. Even separate from his work, organizing, and activism, he dedicated himself to his community: he would help Saudi students adjust in a foreign culture, drive hundreds of miles to Fresno in central California to help Yemenis with labor disputes, pick up stranded students at the airport, and so much more, all out of care and compassion, which his friends say were Alex’s core characteristics.

Alex quickly gained respect throughout the community and beyond. He began serving as secretary of the Arab American Association of Orange County, which brought together Arab-American immigrants from various Arab countries in the Middle East, "all in search of community," says Nadia Bettendorf. Nadia, who served on the board of the organization at the time, got to know Alex through the association, which resulted in a lifelong friendship. “Alex knew how to draw on the talents of the community which included people from all walks of life,” she says. “He had an outgoing personality and the skill to bring people together. He believed in the dignity of every person and treated people with respect—that's what endeared him to those who knew him. The organization grew and flourished because of his generous and dedicated efforts; people responded and trusted him as they recognized his natural talent as an organizer.”

In 1980, the American-Arab Anti-Discrimination Committee was founded by James “Jim” Zogby and James Abourezk. Not long after, as the organization was growing, Jim Zogby scouted someone to run the ADC office in Southern California. He found the perfect candidate in Alex. “He was a marvelous colleague,” Jim says. “He was passionate about our mission and worked so very hard to build our presence in his region. Because he was so loved and trusted by so many in the community, he was more than an employee. He became the face of ADC—and it was a perfect face for our new organization.” Within a year, Alex’s dedication brought the ADC to the forefront as a civil rights organization.

As the ADC’s Regional Director, Alex worked tirelessly to combat the stereotyping of Arabs and biased Middle Eastern reporting in the media. He soon became a public figure and a recognized leader. But even as he grew in prominence in the United States and settled into his new home, Alex never forgot Palestine. He championed the Palestinian cause, working hard to shed light on the issue from the Palestinian perspective, something that was rare in the US at the time. His oldest daughter Helena recalls that Palestine was extremely important to her father, as was lasting peace and justice. “He wanted peace,” she says. “That’s all he wanted.”

In just over a decade, Alex became one of the most accomplished and respected figures within Arab organizing and activist spaces, loved and respected as a colleague, but also as a friend, father, and husband. Though he was devoted to the cause, he made sure to be present for his family. “He worked a lot, but he always made time to be with us,” says Helena. “No matter how much work he had to do, he always made time to sit down and have family dinners and spend time with his girls.” His friends remember him as “jovial and at ease,” as “calm and reassuring, even under pressure.” For Jim Zogby, that calm was a central part of who Alex was. “When I would worry about an event not coming together or a campaign not developing as I had hoped it would, he would always say, ‘It's ok, it will work out. Everything is going to be fine.’ And it was.”

The day before his assassination, Alex gave an interview with a local television station promoting peace and understanding. He was scheduled to give a speech at Congregation B’nai Tzadek, a synagogue in Fountain Valley, the very next day, but sadly he would never make it. That morning, he was killed when a pipe bomb exploded as he entered his Santa Ana office. Alex had received numerous death threats from the extremist Jewish Defense League, which was carrying out a campaign of threats and violence against Palestinians and other critics of Israel, which he reported to authorities but was ignored. Today, the suspected killers are still at large, living in an illegal Israeli settlement on occupied Palestinian land in the West Bank.

Alex Odeh was a giant of a man. He was gentle, he was caring, he was dedicated. He was passionate and committed to making the world a better and more just place for everyone. His death was a profound loss for his family, friends, community, and the world. He’s remembered fondly as a loving husband and father, a talented poet, and a passionate defender of Palestinian human rights and advocate of inter-faith unity.