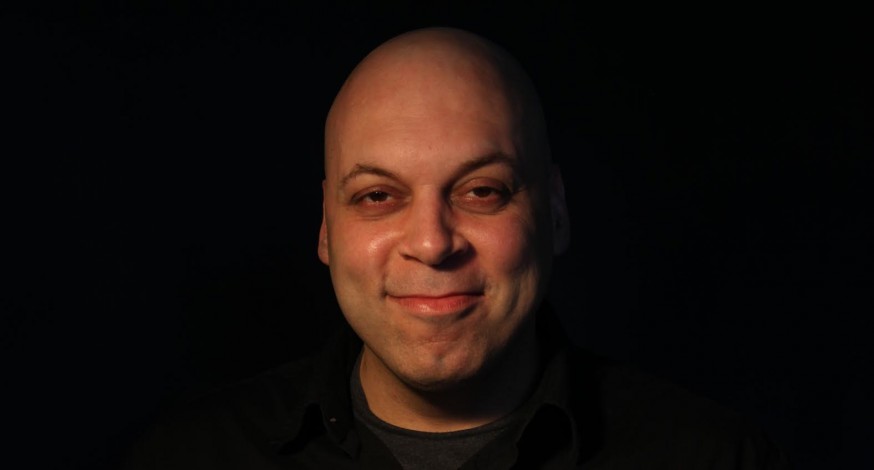 I believe that no matter who we are, and no matter what sort of situation you’re in, there are at least 5 to 10 funny things that happen to you every day.

These are fair questions, and ones that Palestinian-American comedian Amer Zahr has found himself fielding many times over his 11 years in the industry. By now, he’s got his response down. “If you’re a Palestinian and you want to find reasons to be sad, it’s not difficult,” says Zahr. “I believe that no matter who we are, and no matter what sort of situation you’re in, there are at least 5 to 10 funny things that happen to you every day. Or if you’re a Palestinian, it’s more like 50 or 100 things. We live in a surreal universe, and we see a lot of weird stuff. But it is kind of a choice, to start seeing things in a way that can make you laugh or can make other people laugh.”

In the summer of 2015, Zahr and six other Palestinian-American comedians took an iteration of Zahr’s 1,001 Laughs Comedy Festival (normally held in Dearborn, MI) to Palestinian soil. It was the first-ever stand up comedy festival to be held in Palestine, and thousands of people bought tickets to shows in Ramallah, Bethlehem and Jerusalem to see comedians like Mo Amer, Ahmed Ahmed, and Ramy Youssef. Zahr himself hosted every show, and produced the event with support from The US Consulate in Jerusalem. A bigger, better iteration of the festival will return to Palestine in August, 2016.

In general, Zahr travels to Palestine two or three times a year, and works to maintain his connection with the land and the people (and collect material for his act, of course). Zahr’s father, George, was born in Jaffa in 1948, was forcibly displaced and moved to Jordan, and then came to California in the mid-1960s for what he thought would be a temporary stint. But after the 1967 War he stayed, met Zahr’s Palestinian-born mother Anan, and the two were married. Amer was born in Jordan some years later, and the family moved back to the States when he was a toddler.

“I came here when I was three years old,” Amer says, with deadpan delivery. “I came to America with literally no money in my pocket, no education, no job, I couldn’t speak the language. And look at me now! America’s such a great country.”

Zahr grew up in the Philadelphia area, and as a child, didn’t think much about his Palestinian heritage. “The truth is when I was a kid, I was kind of detached from being Arab or being Palestinian. I grew up around white people and I was kind of trying to fit in with that whiteness. I knew we were different, but it felt innocuous,” says Zahr. “And then the Gulf War happened and somebody called me a terrorist at school, and then I went to a Palestinian summer camp. And then Oslo happened when I was in high school, and by the time I went away to college, being Palestinian was a central part of my identity.”

At 18, Zahr moved to Ann Arbor to attend the University of Michigan, and then stayed for law school. It was there that he started flexing his comedic muscle, and discovered that he had a talent for standing on a stage and making an audience laugh. He started by experimenting with jokes about widely relatable experiences, like the quirks of having an immigrant parent, and then then veered into the more political. For Zahr, comedy left him feeling completely vulnerable and completely exhilarated at the same time — he was hooked.

“I thought to myself, ‘I could go become a lawyer, but if I do that, I’ll probably never go back to this other dream I have of trying to become a comedian. But if I go try to become a comedian now, and I fail, then I’ll go be a lawyer one day,’” says Zahr. “So far the comedian thing is working out. They pay me to tell jokes, so it’s a pretty good life.”

Of course, like most stand-up comics, Zahr spent the first years of his career driving long-distances to perform at tiny clubs, for little or zero pay. But since then he’s been working his way up the ladder — in June, 2015, he headlined a show of Palestinian-American comedians at The Kennedy Center in Washington, DC. On his website and blog, The Civil Arab, Zahr and other writers often defy the odds by analyzing painful political realities with levity in posts like “After 67 Years, Palestinians Are Finally Cool,” and “Israel Can’t Survive the World Wide Web.” And Zahr’s book, Being Palestinian Makes Me Smile, which came out in 2014, is a collection of essays, prose and reflections from his blog.

Zahr’s biggest gig yet is planned for February 5, 2016, at New York’s Carnegie Hall. Zahr, Said Durrah, Mona Aburmishan, and Mike Easmeil will be the first Palestinian Americans to grace the iconic stage, and Zahr is currently collecting funds via a Kickstarter campaign to make the show a rip-roaring success. “The main task is making sure the crowd leaves happy (and maybe a little enlightened too!),” writes Zahr on the page. “I know my experience in producing these sorts of shows will be instrumental in achieving that goal.”

That, of course, is Zahr’s not-so-secret ulterior motive — he tells jokes, and hopes that the people who hear them will learn something about him and Palestinians more broadly at the same time. “If you can make people laugh, they listen to you,” Zahr says. “You can only tell so many stories that begin, ‘In 1948… ’ until people stop listening. Laughter gets people to listen. And as Palestinians, if we need nothing else, we need people to listen to us.”