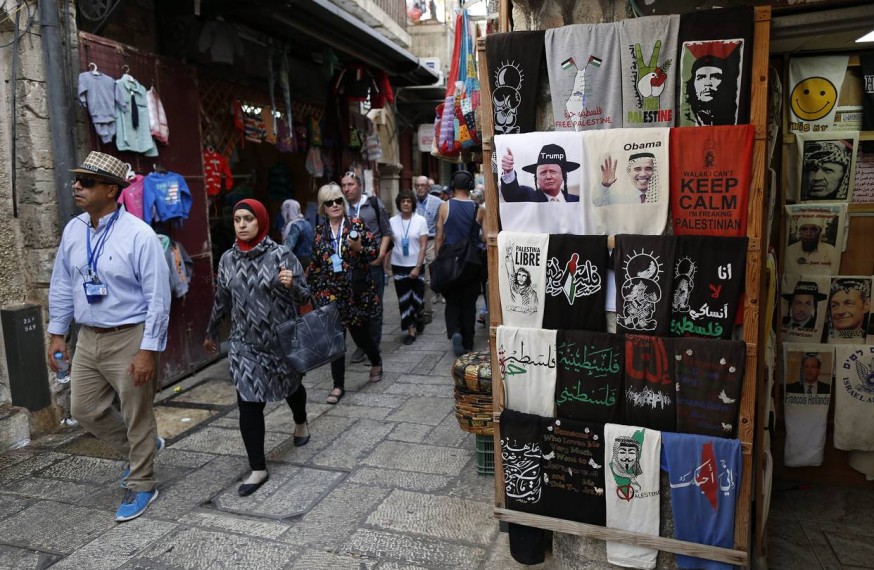 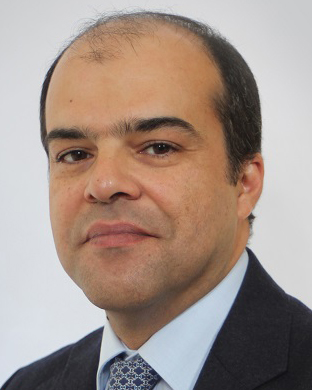 Q - During the presidential campaign, President-elect Trump said he would move the United States embassy to Israel from Tel Aviv to Jerusalem if he won. Other presidents like George W. Bush and Bill Clinton also promised to move the embassy while campaigning for office but didn't follow through after assuming power. However, since becoming president-elect, senior advisors to Trump have said that he will do it and soon. Just a few days ago, former Trump campaign manager Kellyanne Conway told an interviewer that it's a “very big priority" for him, and there have been reports that members of Trump's team and Israeli officials have been scouting locations in Jerusalem.

Can you explain why such a move would be problematic in terms of international law and prospects for a negotiated peace between Israelis and Palestinians?

Mouin Rabbani - “Pursuant to UN General Assembly Resolution 181 of 29 November 1947 recommending the partition of Palestine, Jerusalem and its environs were allocated to neither the proposed Arab nor Jewish states but rather, and in view of the unique status of the Holy City, assigned the status of corpus separatum to be placed under international administration.

“Although the nascent Israeli state conquered West Jerusalem during the 1948 War and proclaimed it as its capital, neither the United States nor other UN member states have to this day recognized Israeli sovereignty over West Jerusalem or recognized Jerusalem as Israel’s capital, on the grounds that Israel’s claims constitute a gross violation of the 1947 partition resolution. The international community similarly refused to recognize Jordan’s claim of sovereignty over East Jerusalem after Jordan annexed the West Bank in 1950. In other words, non-recognition of any claim to sovereignty over Jerusalem pending the establishment of either an international administration as specified in the partition resolution, or an alternative arrangement (e.g. peace agreement) endorsed by the UN, has been a foundational principle of the international community’s approach to all of Jerusalem (East and West) since 1948. This position has been endorsed and applied by every US administration since 1948, and predates Israel’s occupation of East Jerusalem in 1967. It also explains why most states, including the US, established their embassies to Israel in Tel Aviv rather than West Jerusalem.

“In 1980, Israel’s parliament adopted the ‘Jerusalem Law,’ whose provisions were tantamount to the formal annexation of East Jerusalem by Israel. UN Security Council Resolution 478 of that same year ‘censured’ the Israeli law ‘in the strongest terms,’ declared it ‘null and void,’ and ordered those member states maintaining embassies in the Holy City (twelve Latin American states and The Netherlands) to ‘withdraw’ them. All promptly did so.

“With the commencement of Israeli-Palestinian negotiations in the 1990s, and in the context of an international consensus that the conflict should be resolved on the basis of an end to Israeli occupation and the establishment of a sovereign Palestinian state (the two-state settlement), the general diplomatic view today is that once such a settlement is achieved Israel and Palestine should each have a recognized capital in Jerusalem.

“Although American presidential candidates in recent decades habitually proclaim their intention to relocate the US embassy from Tel Aviv to Jerusalem if elected, and Congress has passed legislation to this effect, such obligatory displays of political correctness have yet to survive contact with reality. This is for the simple reason that such a dramatic break with 70 years of US and indeed global policy, which would today have the added effect of seeking to unilaterally rewrite international law and predetermine the outcome of Israeli-Palestinian negotiations, would constitute an act of premeditated political pyromania with unforeseen local, regional and global consequences. Yet the Trump-Pence administration-in-waiting, no doubt egged on by Sheldon Adelson, Steve Bannon and the growing coterie of extremists it has taken aboard, seems determined to do exactly this.

“There’s also an additional twist: in 1989 Israel leased a plot of land to the US on which to build its Jerusalem embassy. Extensive research conducted by the pre-eminent Palestinian historian Walid Khalidi demonstrated not only that this land is confiscated Palestinian refugee property, but also that many of the heirs of the original owners are US citizens.”

Q - You’re currently in Jerusalem. What would the repercussions of moving the embassy to Jerusalem be on the ground in East Jerusalem and the rest of the occupied territories in the short term? Do you think it would provoke more violence, as some Israeli officials and others reportedly believe?

MR - “The relocation of the US embassy from Tel Aviv to Jerusalem would send Palestinians - and indeed the world - an unambiguous and unmistakable signal that Washington recognizes and endorses Israel’s claims to exclusive sovereignty over the Holy City in its entirety and therefore, by extension, rejects not only the two-sate settlement but also the Palestinian right to national self-determination in favor of permanent Israeli domination and Palestinian dispossession. Such a move will also have a religious dimension, in the sense that Washington will be sending an unambiguous signal that it supports only Jewish claims to sovereignty over Jerusalem and rejects Christian and Muslim rights to the Holy City.

“Even in the context of unprecedented Palestinian weakness and division, it is certain to produce an immediate response. How this will manifest itself is difficult to divine, though I suspect that precisely because of the weakened state of Palestinian organizations we are initially likely to see not only mass demonstrations but also random and unorganized attacks, as we did for example in 2015. These may develop further, but whether and how is at this stage in the realm of speculation.

“More importantly, I suspect that under such circumstances most Palestinians would want the PLO leadership to, at the very least, immediately annul the Oslo agreements and withdraw its 1993 recognition of Israel. They may or may not succeed in doing so, and this could have the added dimension of producing an intra-Palestinian confrontation if the leadership of Mahmoud Abbas essentially decides to take such an American initiative in its stride.”

Q - If Trump does move the embassy, how significant would it be in terms of a shift in US policy in Palestine/Israel, and how do you think other countries would react, in the region and beyond?

MR - “It is important to emphasize that at this stage it remains unclear whether or not a Trump-Pence administration will actually follow through on its commitment to implement this measure, though I rate the chances of it doing so significantly higher than I did in the case of its recent Republican and Democratic predecessors.

“I think that if it does follow through, it would represent an extremely significant turning point, for the various reasons I have already indicated.

“Given the current level of chaos and conflict in the Middle East it is no easy matter to predict how the various Arab states, Turkey, or Iran would respond, and what the consequences for their rulers would be if they fail, individually and collectively, to provide an immediate, forceful and energetic response that unambiguously demonstrates that they have risen to the occasion. I personally do not expect them to do so, nor would I expect the popular response to such failure be particularly swift or severe given that many in the region today have more immediate concerns. One could perhaps compare this to 1948, where it took several years for the regional backlash to gather pace and finally materialize.

“What is however clear is that should Trump-Pence embark on this course, the ISIS’s and al-Qaeda’s of the region will be gleefully uncorking the proverbial bottle of champagne. And a second one if the region’s regimes - and Muslim-majority states more broadly - respond meekly.

“The other unknown is Europe. Will its leaders try to find ways to rationalize and accommodate themselves to this dramatic turn of events, as they so often do, in order to preserve their relations with Washington at a time when Trump is acting like a bull in a china shop on all matters concerning the security and economic architecture the West has developed since 1945? Or will decades of European frustration with America’s jealously guarded monopoly over Middle East diplomacy finally reach boiling point and provoke the Europeans to begin acting more independently of Washington?”

Q - In 2013, shortly after he retired from the military, Trump's pick for Secretary of Defense, General James Mattis, said that when he served as head of US Central Command, which oversees US military operations in the Middle East, he "paid a military security price every day… because the Americans were seen as biased in support of Israel.” (He also warned that if Israel continued occupying Palestinians without granting them the right to vote it would be an apartheid state.)

Do you think Mattis' views and warnings from the State Department and others will dissuade Trump, or do you think he will actually move the embassy to Jerusalem, which will undoubtedly fuel more antagonism towards the US?

MR - “Mattis is far from alone in terms of American military and intelligence leaders who have expressed such sentiments.

“It is generally recognized that American politicians are a uniquely ignorant and incompetent herd, who on matters of Middle East diplomacy are primarily driven by political correctness, ideological zeal, and fear and obeisance to the Israel lobby. The military brass traditionally tends to have a more sober and realistic assessment of reality, and on account of its direct meddling in the region has also directly encountered the price tag associated with policies such as those Mattis describes and Trump is championing.

“The more general question is whether the bureaucracy (military and civilian) will consider it to be in its interest, and if so possess the capability, to successfully resist a presidential policy initiative it believes will damage the vital interests of the US. Had your question been about preserving Pentagon budgets and the military’s associated perks and privileges my answer would be probably yes. On this question the situation is more ambiguous, particularly given that the US has an executive head of state with very broad authorities when it comes to foreign policy. And since you framed your question around the person of Mattis, let’s recall that he jumped at the opportunity to serve in the Trump-Pence administration.

“It is conceivable that if the bureaucracy’s assessment is that this is a recklessly idiotic move, it will act to obstruct, delay, slow down and the like. But the important point here is that once a sitting president announces that the US has decided to move its embassy from Tel Aviv to Jerusalem, the damage is done and becomes irreversible, irrespective of what does or does not happen next.”