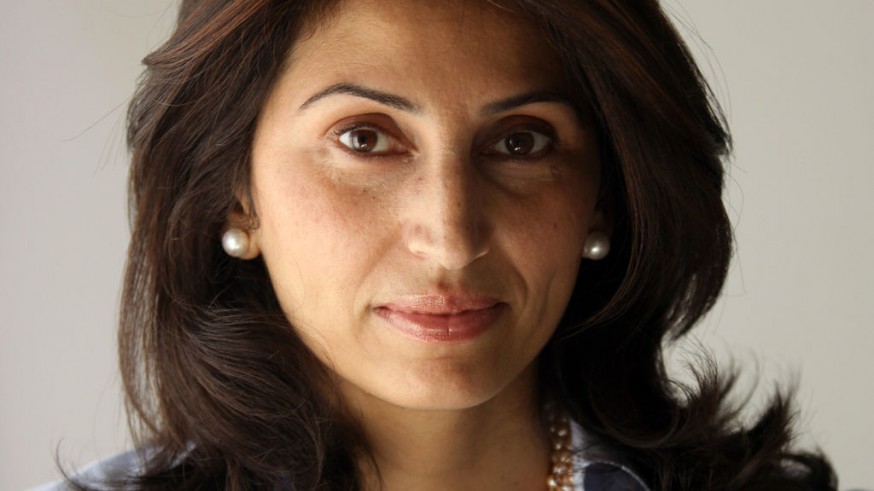 Question: In recent weeks, we’ve seen a spate of attacks in Israel that have captured international headlines. What’s going on?

Diana Buttu: First of all, it’s important to keep the larger context in mind. There’s a lot of attention paid to what is happening inside Israel, but little to the violence that Israel inflicts on Palestinians daily. What’s often ignored is that Israel’s occupation of the West Bank, East Jerusalem, and Gaza, is violent.

Before any Israelis were killed during these recent attacks, since the start of the year Israeli soldiers had killed 18 Palestinians, including an 80-year-old man, and injured more than 2,000 others. But these statistics don’t begin to adequately portray life under Israel’s brutal, more than 50-year-old military rule. Israel steals land, homes, livelihoods, robs children of their safety, security and futures; it separates families; it denies people life-saving medical treatment. The UN and all major human rights organizations, including Amnesty International, Human Rights Watch, and Israel’s leading rights groups, have recognized Palestinians are living under an oppressive Israeli system that amounts to apartheid. This apartheid system is inherently the initiator of all the violence in the region, dating back 74 years to Israel’s establishment. All too often, this crucial context is left out of western media reports.

As for the attacks themselves, as anyone who has read history knows, the denial of freedom and state sponsored violence often boomerangs back against occupiers and oppressors. From what we understand at this point, it appears one was carried out by an individual affiliated with a paramilitary group loosely associated with the Fatah party of Palestinian Authority President Mahmoud Abbas, and another someone from the Islamic State. These are two diametrically opposed groups with nothing in common. Abbas and the PA police work closely with Israel’s occupying army and Abbas condemned the attacks. It’s possible there’s a copycat effect involved too.

Q: Do you think things will spiral into another major outbreak of violence, as occurred last May?

DB: Obviously no one has a crystal ball to predict what will happen, but Israel certainly has an incentive to push things in order to elicit a response. Last May, Israel’s attempts to force Palestinian families out of their homes in occupied East Jerusalem and violent response to Palestinians protesting restrictions on their right to pray in their most venerated holy site, Al Aqsa Mosque, during Ramadan, erupted into a major escalation with Israel killing more than 250 Palestinians in Gaza, including 66 children.

As it stands, nothing has changed positively since then. To the contrary. The past year witnessed the second highest rate of Israeli settlement growth on record. Nearly 350 Palestinians were made homeless by Israel in East Jerusalem alone and thousands of others are under threat that their homes will either be taken over by Israeli settlers or destroyed. Israel has enacted new racist laws, including a citizenship law that openly states its objective is to preserve a Jewish demographic majority.

And, while many Palestinians who are celebrating Easter or fasting for the holy month of Ramadan are restricted from praying in Jerusalem and Hebron holy sites, Israel is allowing Israeli settlers - some of whom have openly called for the destruction of the Al Aqsa mosque - to access the mosque compound.

Q: Israeli Prime Minister Naftali Bennett is a hardline right-winger, but his coalition just lost its parliamentary majority with the defection of one of its members to the opposition and includes a couple of small, more left-leaning parties, which might cause the government to fall if he clamps down too hard on Palestinians in the West Bank or launches another major assault on Gaza. Do you think his coalition will survive much longer given the internal tensions and loss of a majority in the Knesset?

DB: This coalition was cobbled together as a means of preventing Netanyahu from forming another government and remaining in office. That is its raison d’être. The so-called left-wing parties have done little to stop Israel’s violence against Palestinians. In fact, in the past nine months alone, since Bennett took office, Israel has destroyed more homes and announced more settlements than Netanyahu did in his first nine months in office with a right-wing coalition.

These parties are more concerned with keeping Netanyahu out and staying in power themselves than respecting international law or Palestinian rights. Bennett, the former head of the main political organization representing settlers, has long been a fervent supporter of settlement expansion and is a proponent of formally annexing the occupied Palestinian West Bank, as opposed to de facto annexing it, which Israel has been doing for decades.

As we saw with the vote on Israel’s racist citizenship law, Meretz and the United Arab List, both coalition partner parties, were unable to stop its passage. Rather, the Bennett government veered to the right to get right-wing and extreme right-wing (fascist) members of the Knesset to support the legislation. This will likely continue: Bennett will seek the support of right-wing and fascist parties to stay in power and Meretz and the UAL will remain in the government for the foreseeable future, regardless.

Q: For months, the world has watched in horror as Russia brutally attacks and occupies Ukraine, with most western politicians and media condemning Russia in no uncertain terms. There are a number of parallels between what Russia is doing in Ukraine and Israel’s actions in occupied Palestine, in terms of taking land by force in flagrant violation of international law, deliberate attacks on civilian targets that cause large-scale casualties, collective punishment of civilian populations, and other war crimes. Despite these similarities, most western politicians and media pundits treat the two situations very differently. What do you think accounts for this difference?

DB: To answer this, it’s important to stand in the shoes of a Palestinian. For many years, Palestinians have been pressing for sanctions against Israel for its abuses of their human rights. The grassroots boycott, divestment, and sanctions (BDS) movement has worked tirelessly to hold Israel accountable for its systematic violations of international law. Instead of supporting these efforts, the US and most other western governments have effectively criminalized BDS and demonized its supporters. Palestinians have also sought to bring Israel before the International Criminal Court and the International Court of Justice for its war crimes, only to be blocked by the US and other allies of Israel.

Yet, these same western nations, within days of Russia’s attack on Ukraine, pushed for an ICC prosecution of Russia and for ICJ proceedings alleging genocide, and has rallied behind even broader sanctions against Russia than the ones called for by the BDS movement against Israel. Corporations have stood up and proudly announced they aren’t doing business in Russia. Those resisting Russia’s invasion are also labeled heroes while Palestinians are demonized for protecting their homes from a hostile foreign occupying power.

As many others have already observed, at least part of this glaring double standard between the reaction to what’s happening in the Ukraine and similar events in Palestine and elsewhere in the Middle East is a result of western racism and Islamophobia, which doesn’t allow many people to see Palestinians and other Middle Easterners as fully human and deserving of the same empathy as Ukrainians and other Europeans. As one journalist from a major US television network said early on during Russia’s invasion, many white westerners see Ukrainians as more “civilized” than people in the Middle East.

At the end of the day, whatever the reason, there is no political will on the part of the US and other western governments to confront Israel for its acts of aggression and grave human rights abuses, while they’re virtually unanimous in confronting Russia for its crimes.