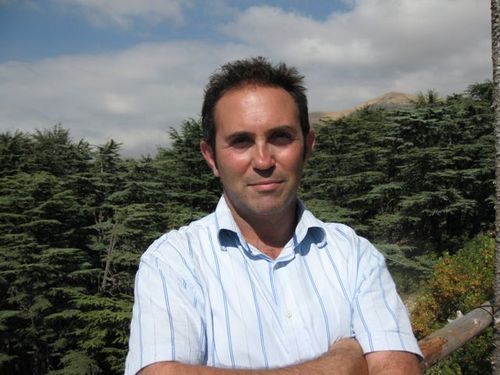 Saree Makdisi, professor of English and Comparative Literature at UCLA, comes from a family of leading academics and intellectuals. His grandfather, Anis, taught Arabic literature at the American University of Beirut while his father, Samir, currently teaches economics there. His mother, Jean Said Makdisi, also used to teach but is now an independent scholar. Saree Makdisi is also the nephew of the late Edward Said.

Born in Washington, DC, Makdisi grew up in Beirut and returned to the US to complete his education. He received his BA from Wesleyan University and his PhD from Duke. He taught for ten years at the University of Chicago, before moving to UCLA in 2003.

Widely published in his academic area of expertise, eighteenth and nineteenth century British literature and culture, Makdisi is the author of two books, "Romantic Imperialism: Universal Empire and the Culture of Modernity" (Cambridge University Press, 1998), which the American Library Association named an "Outstanding Academic Book of 1998," and "William Blake and the Impossible History of the 1790s" (University of Chicago Press, 2003). He is completing work on a third book, "Radical Afterlives: 1798-1870."

Makdisi devotes substantial time and energy to defending the Palestinian people's rights, and to exploring alternatives to what he calls "the now moribund two-state solution" that will enable peace with justice for both Israelis and Palestinians. He has written many commentaries on Palestine for publications such as the Los Angeles Times, Chicago Tribune, Houston Chronicle, London Review of Books and the San Francisco Chronicle.