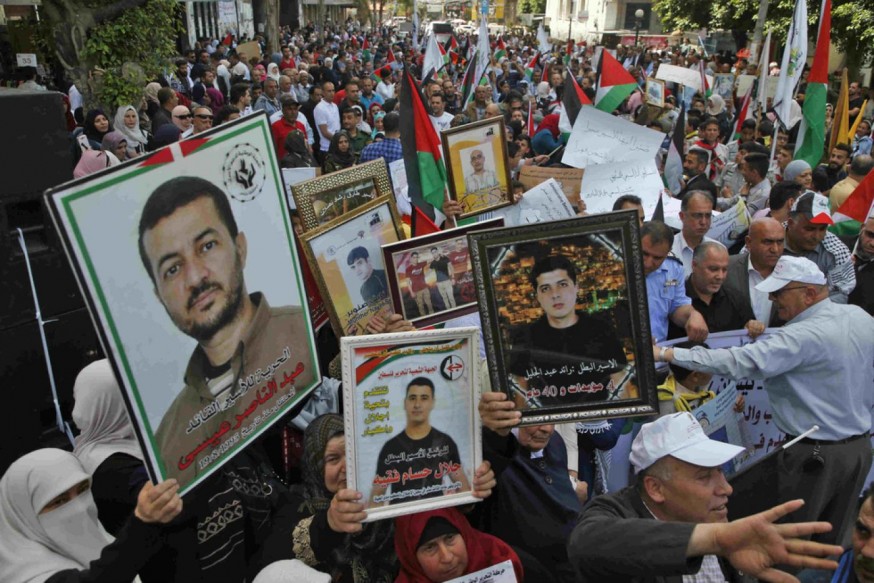 Families of Palestinians imprisoned by Israel protest for their release in the West Bank city of Nablus, 2018. (Photo: AFP)

“Israel’s ruthless policy of holding Palestinian prisoners arrested in the Occupied Palestinian Territories in prisons inside Israel is a flagrant violation of the Fourth Geneva Convention. It is unlawful and cruel and the consequences for the imprisoned person and their loved ones, who are often deprived from seeing them for months, and at times for years on end, can be devastating.”

“Israeli authorities have for decades mistreated and tortured Palestinian detainees, using tactics rarely utilized against Jewish detainees. A September 1999 Israeli Supreme Court ruling forbidding several torture tactics led to a significant reduction in the number of people tortured, but has not stopped the practice. About 1,300 complaints of torture against Israeli authorities have been filed with Israel’s Justice Ministry between 2001 and June 2020, which have resulted in one criminal investigation and zero prosecutions. The Israeli rights group Public Committee Against Torture (PCATI) reported in June 2019 that, of the more than 100 complaints of alleged torture it filed over the last five years at the hands of Israel’s internal security service, Shin Bet, 31 percent involved physical violence, 40 percent painful and prolonged shackling or use of stress positions, 66 percent sleep deprivation, 61 percent threats, and 27 percent sexual harassment and humiliation. Security forces also routinely use unnecessary force against children during arrests, which often take place in the middle of the night, and physically abuse them in custody.”

“Amnesty International has collected evidence over many years indicating that administrative detention is used regularly by the Israeli authorities as a form of political detention, enabling the authorities to arbitrarily detain political prisoners, including prisoners of conscience, and that the practice is used to punish them for their views and suspected political affiliations when they have not committed any crime.”