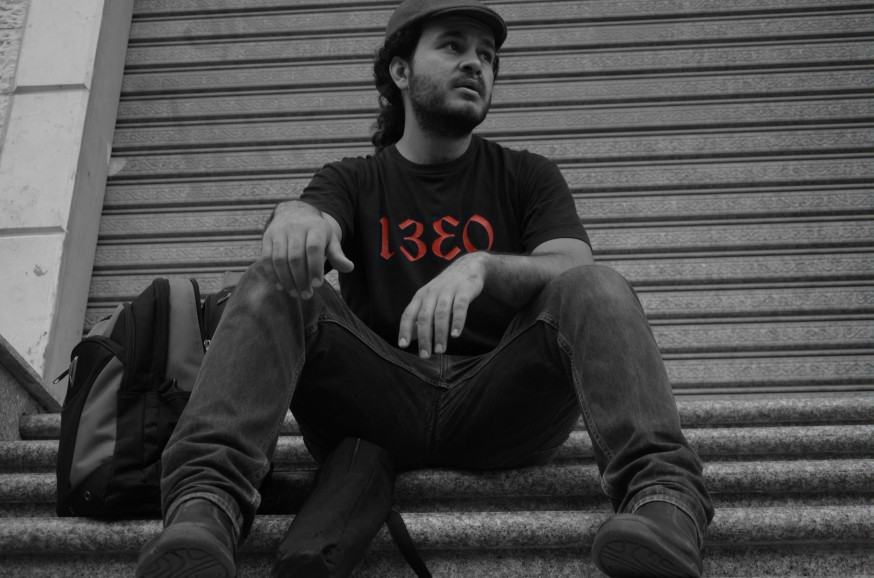 Fighting for Gaza Armed with a Camera

“Because of all the death and destruction I’ve seen through my camera, I have a burning desire every minute to deliver a message to the world: that we are alive and living with nothing,” says 24-year-old photojournalist and filmmaker Mohamed Jabaly. “Regardless of the siege, destruction, Israeli occupation and the constant anguish we see from it, I can find no other way to express what’s happening in my country except by taking photos. Through my pictures I want to unravel the Israeli brutality that has been and continues to be inflicted on us.”

Working as a photojournalist, Mohamed has seen many horrific sights since Israel’s attacks began on July 7. “Every morning, I witness what the Israeli warplanes did the night before,” he explains. “Sometimes I am in the field for 24 hours at a time and have seen some of the worst events, like the Bakr family crime on Gaza beach, when four boys from the same family were killed while playing soccer.”

On at least one occasion, Mohamed has been dangerously close to becoming part of the story. “I'm now working with an ambulance team at a public hospital as a photographer,” he says. “Today at dawn we receive a call from the emergency team. They tell us that the Dawood Tower in al-Remal has been hit. We arrive at the location targeted by the Israeli warplane and are searching for the injured when an F16 attacks the same place for the second time. When I heard the sound of bombing, I was sure that I had been killed. The leader of our team was injured, as well as two other medics. This is a small example of one of Israel’s crimes.”

Israel’s assault has also impacted Mohamed’s family. “My uncle’s house was targeted with an airstrike from Israeli warplanes and a big part of the house was damaged,” he shares. “Then on Monday morning I had just returned from work and fell asleep, only to be awakened by the sound of bombing. Smoke filled my house along with screams, cries, chaos and sobbing. I saw blood - three of my cousins were wounded. I ran to the window and was shocked to see my neighbors’ home destroyed. I went to help and we dug a woman out of the rubble who was still alive. Then the bodies of Mahmoud al-Nakhala, 20, and his mother, were retrieved. Not all of the family members were at home when the bombing happened. Destiny is what saved some of them. They did not receive any advance warning that they were about to be bombed.”

Despite the risks and devastation Mohamed has been exposed to, he vows to continue his work. “Through my pictures I aim to show the conditions we are living in here in Gaza,” he says. “Children, women and men are being killed without reason, just because they live in Gaza. They deserve to live in freedom.”

Below are samples of Mohamed's photography. 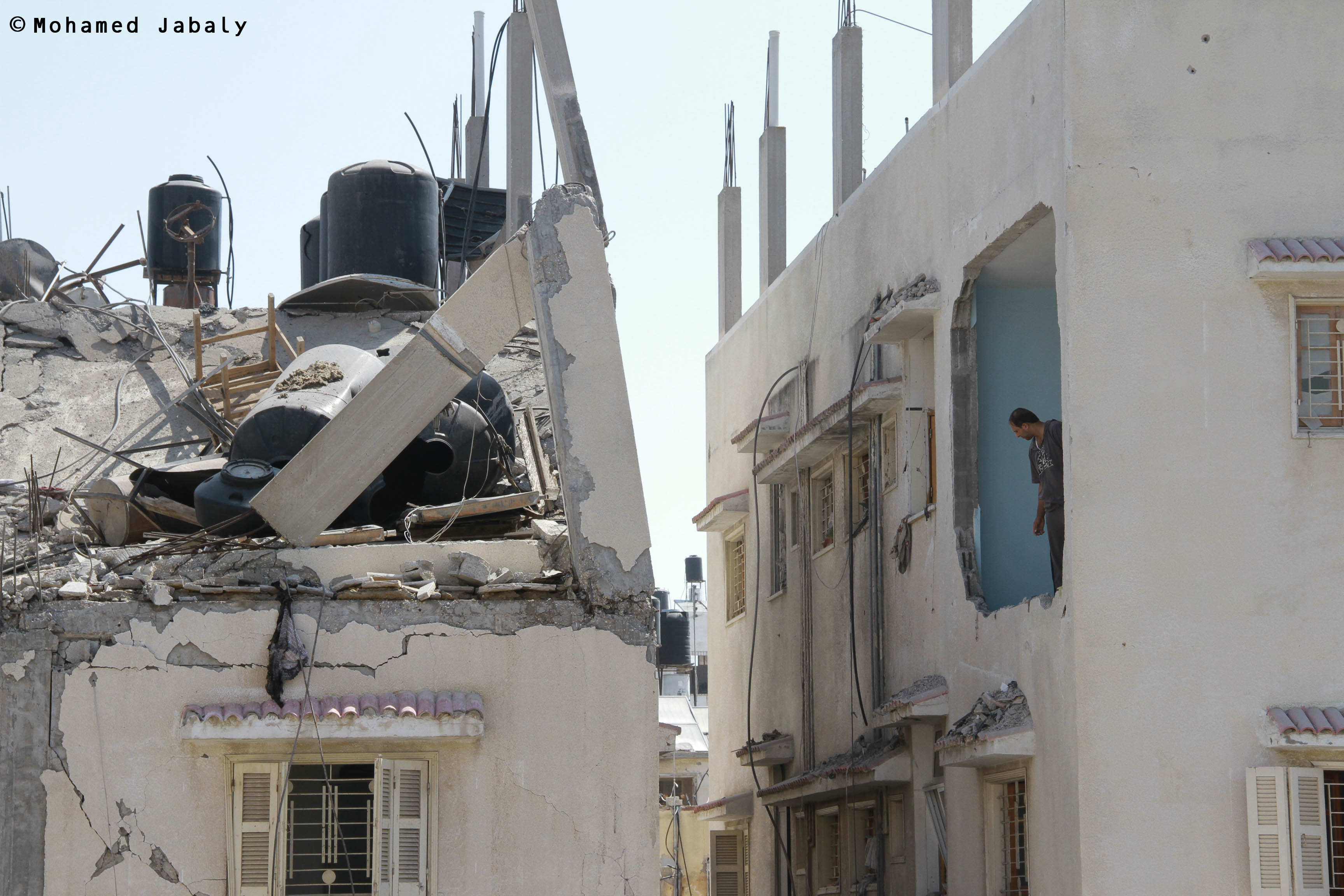 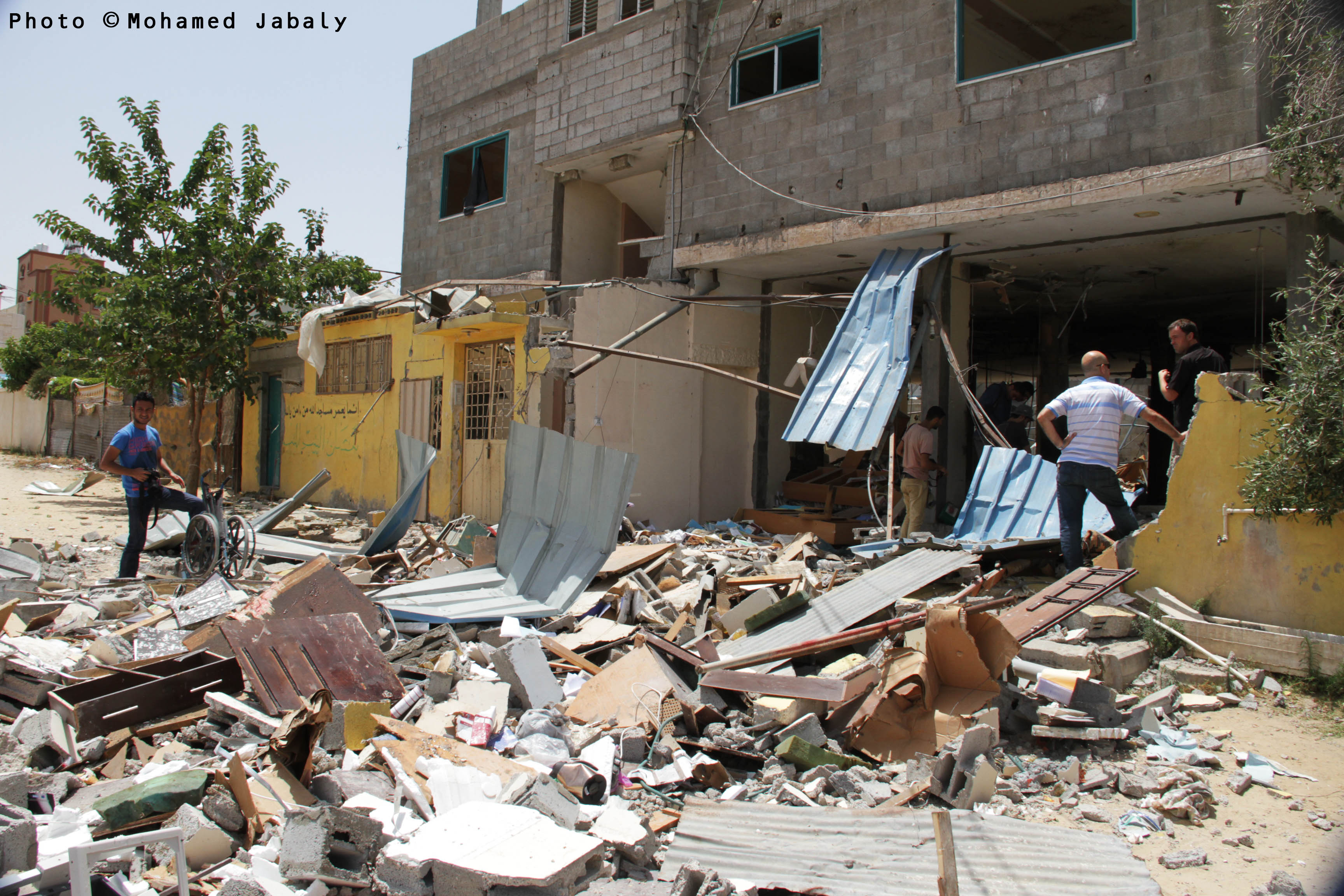 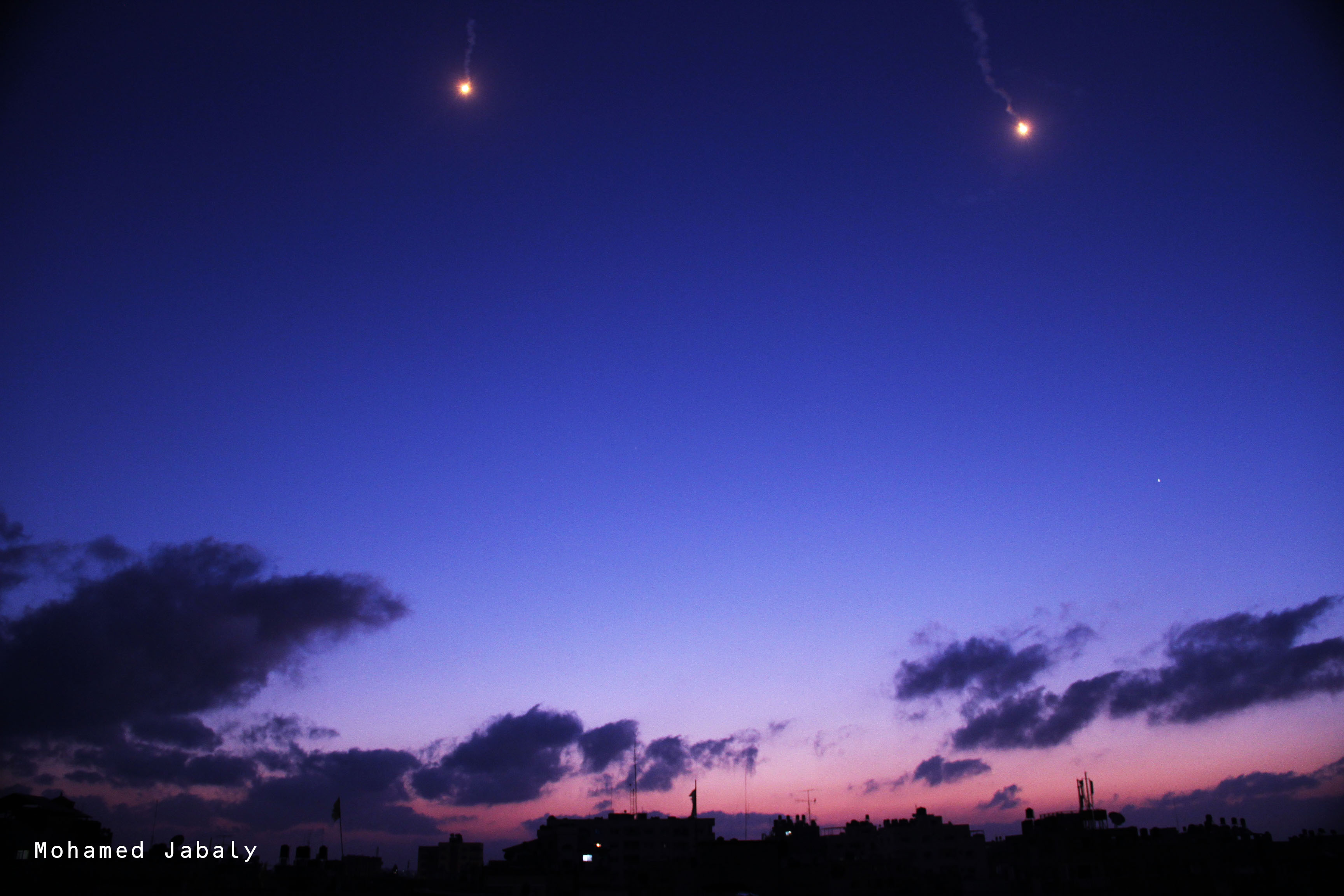