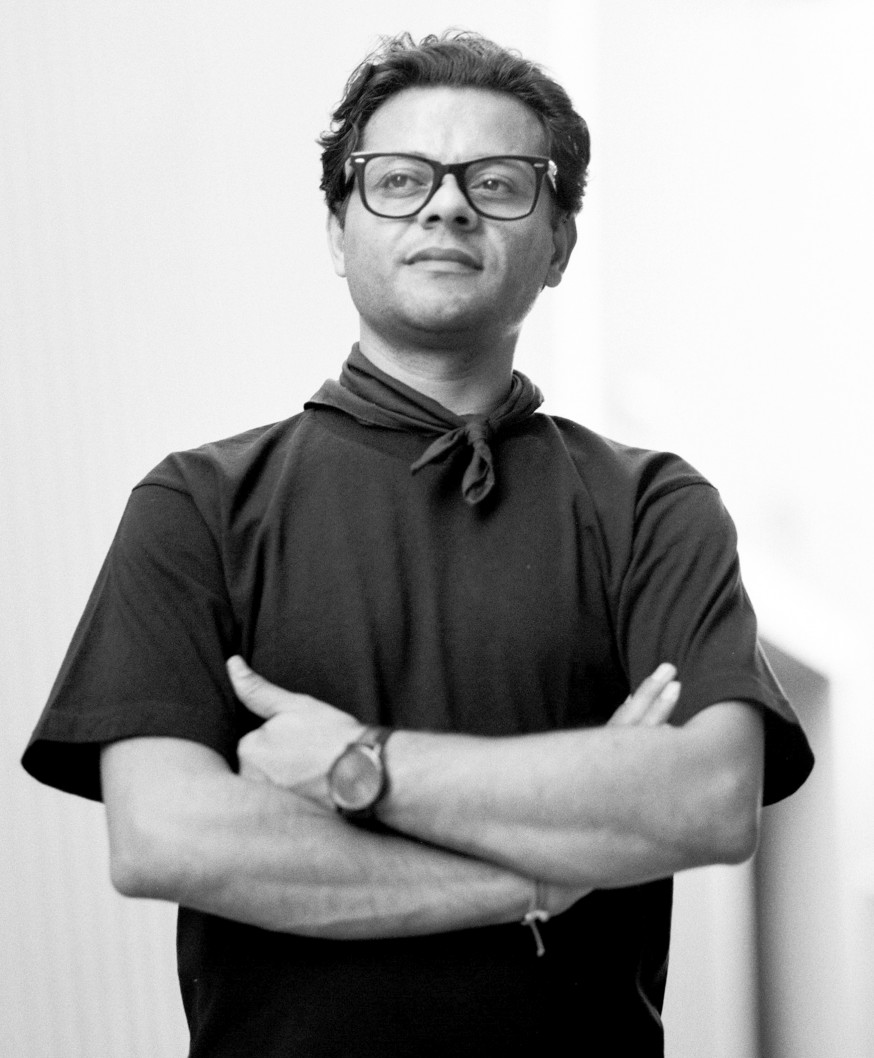 According to Hazem Harb, “an artist lives many human experiences.” Harb tries to capture those experiences in his work.

Born in 1980 to a family of eight, Harb grew up in the Al-Shojaeya neighbourhood in Gaza. His mother was a skilled seamstress and stylist whose collection of painted books on fashion, as well as her work and materials, served as an early source of inspiration. As a child, Harb would often ask his mother about her old portraits and designs, sparking what would become a lifelong passion for him. In 1995, he enrolled in the first plastic arts school in Gaza at the YMCA, where Harb says his “journey in art began.” Ten years later, Harb received a scholarship to study at the Academy of Fine Arts in Rome, fulfilling his dream of traveling to Italy to further his artistic education.

After years of extensive technical practice, both in Palestine and Italy, Harb formed his own artistic identity. “My work is to reformulate the archives and place them in a context that resonates with the present time,” Harb says. “It is in constant dialogue between the past/present, the local/global,” and always refers back to his Palestinian identity. In this manner, Harb’s art centers on Palestine and Palestinian history, but it has broader connections and implications. Oscillating between mediums for his pieces, Harb reflects upon social and historical factors which have a universal reach.

Harb’s current exhibition, Contemporary Heritage, is up at the Tabari Artspace, his first solo at the gallery since 2015. The pieces in the exhibit were inspired by 1930s archival imagery and involved a painstaking etching process which took place over the course of six months. To create this new body of work, Harb says he observed “the notion of heritage as unfixed and fluid” and the ways in which heritage “collides with colonial discourses.” He oscillates between mediums, preoccupied with the collective and subjective narratives of the Palestinian people. Due to COVID-19 restrictions, the project expanded into a second part which includes a special series of prints, a novelty for the gallery as well as Harb.

Harb is currently working on studies and ideas for a major solo show that will be held next year in Sharjah, UAE. The selection will include some of his previous works and a new installation produced specifically for the exhibition.