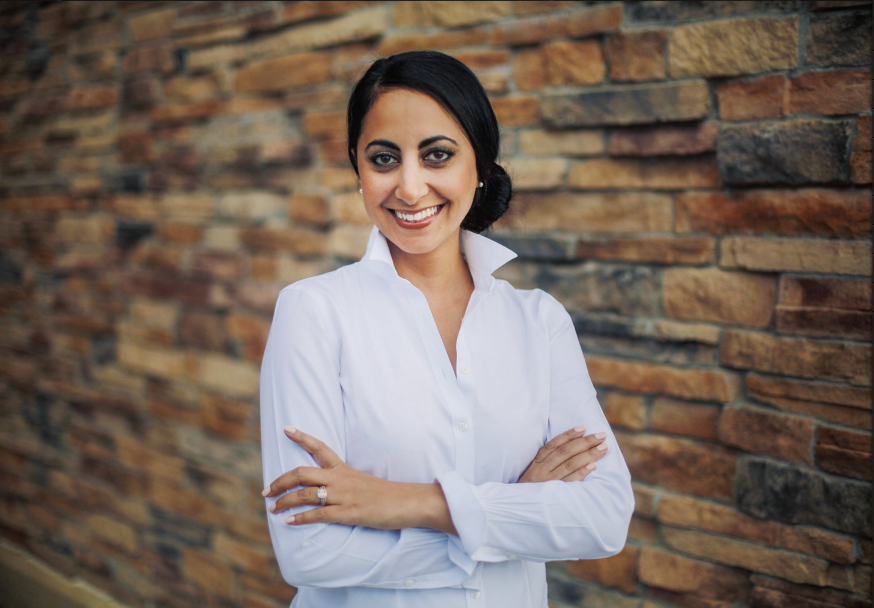 Colorado state legislator Iman Jodeh made international headlines after winning her historic election as the first-ever Palestinian and Muslim American lawmaker elected to Colorado's House of Representatives. The freshman legislator smashed through many barriers, but Jodeh insists she’s never set out to do so. “Breaking that glass ceiling was never my goal,” she said.

Born in Colorado to Palestinian immigrants and refugees, Jodeh has lived in House District 41 her entire life. Her parents are from Qalunya and Lifta, two Palestinian villages just outside of Jerusalem that were destroyed during the Nakba, when Israel forcibly depopulated hundreds of Palestinian towns and villages in 1948. After being forcibly expelled, her family eventually settled in Colorado and opened a small business, planting roots in their new home state. Jodeh grew up “in the shadow of [her] parents,” watching them and learning how to advocate and educate her peers. “My parents each instilled in me something different that has put me where I am today and has given me the courage to do this.” When she was young, Jodeh’s father co-founded the Colorado Muslim Society, teaching non-Muslims about Islam and the Middle East. When it came time for Jodeh to lead her own advocacy work, she was able to take all that her parents had taught her and harness it as a Palestinian woman born and raised in the United States. “Understanding cultural American nuances and honoring my heritage was something I was able to do successfully because of those years of advocacy under the auspice of my parents.”

Jodeh has been a fighter and an advocate practically her whole life, taking it upon herself in middle school and high school to teach her fellow classmates and teachers about Muslim traditions and her Palestinian background. As a young adult, she worked with a local organization called Project Cure and is serving as the first female spokesperson for the Colorado Muslim Society, but she did not stop there. Following in her father’s footsteps, Jodeh formed her own education and advocacy organization,  Meet the Middle East. The non-profit was born from what Jodeh saw as a missing component to all the various groups she had worked with, and that was education. “Meet the Middle East was founded on the principle that we are a non-sectarian nonpartisan organization that provides a platform that is completely unobstructed, to immerse people into what it’s like to live in Palestine. We present facts and history, then take it one step further by actually taking people there and having that shared lived experience.”

Jodeh has spent the past six legislative sessions in the Colorado state capitol advocating for progressive policies and against harmful policies that target marginalized communities. “I was testifying on issues because I thought people needed a voice.” Jodeh became a recognizable face around the state capitol halls, and it wasn’t long before she realized that no one in power represented her or came from her background. That’s when Jodeh decided to run for election as a progressive Democrat. “Representation should be a true breath and reflection of the community,” she says. In her primary, Jodeh’s Republican opponent ran a negative campaign against Jodeh by attacking her faith. In the end, she won by a whopping margin of 33 points. “The people of HD41 did not allow that bigotry to go unchallenged, and it was evident the night of the election. I’m very proud of our community.” Jodeh plans to continue fighting for change and giving the people a voice in local governance. “I don’t think you can pass good policy without stakeholders, without community, without constituents. I have always operated on a collaborative model and will continue to do so as a legislator.”

Jodeh has a vision for the future and plans to work hard to achieve it. “My ideal world is that all people are treated equally, human rights are upheld and honored, you are not singled out because of your race, religion, residency, or nationality. That people do not have to suffer at the hand of oppression, oppressors, or asymmetrical policies.”