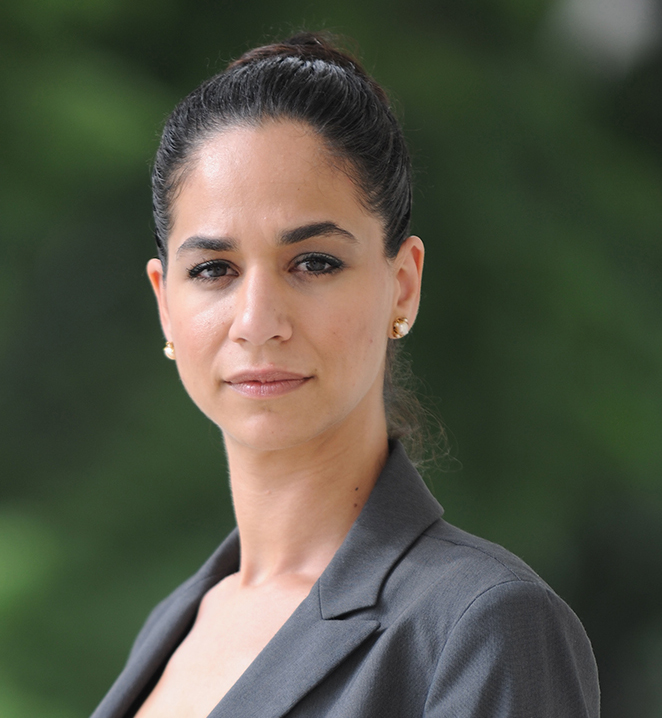 Noura Erakat is a human rights attorney and activist. She is currently a Abraham  L. Freedman Teaching Fellow at Temple University, Beasley School of Law and a member of the Legal Support Network for the Badil Resource Center for Palestinian Refugee and Residency Rights. She has taught international human rights law in the Middle East at Georgetown University since Spring 2009. Noura is a Co-Editor of Jadaliyya.

Most recently she served as Legal Counsel for the Domestic Policy Subcommittee of the Oversight and Government Reform Committee in the House of Representatives. Prior to her time on Capitol Hill, Noura received a New Voices Fellowship to work as the national grassroots organizer and legal advocate at theUS Campaign to End the Israeli Occupation where she helped seed BDS campaigns nationally as well as support the cases brought against two former Israeli officials in U.S. federal courts for alleged war crimes. Prior to attending law school, she helped launch the divestment campaign along with the Students for Justice in Palestine at UC Berkeley.

She has helped to initiate and organize several national formations including AMWAJ-Arab Women Arising for Justice and the U.S. Palestinian Community Network (USPCN). She currently serves on the board of the Institute for Policy Studies; the Trans-Arab Research Institute; is a Policy Advisor to Al-Shabaka; and is a founding member of the DC Palestinian Film and Arts Festival. Noura spent the Spring 2010 academic semester in Beirut, Lebanon where she worked with human rights attorney, Nizar Saghieh, on several issues including administrative detention of Iraqi refugees. Noura helped Saghieh establish the Legal Agenda, a Lebanon-based NGO dedicated to studying law and society and that advocates for legal reform in the Arab world through civic and judicial empowerment.

Noura has appeared on MSNBC’s “Up With Chris Hayes,” Fox’s “The O’ Reilly Factor,” NBC’s “Politically Incorrect,” PBS-THIRTEEN, NPR, and Al-Jazeera Arabic and English. Her publications have appeared in The Nation, The Hill, Foreign Policy, Al Ahram English, Fair Observer, The Interdependent, IntLawGrrls, The Huffington Post, and Al Jazeera. Noura’s scholarly publications include: "Litigating the Arab-Israeli Conflict: The Politicization of U.S. Federal Courts" in the Berkeley Law Journal of Middle Eastern and Islamic Law;  “US v. ICRC: Customary International Humanitarian Law and Universal Jurisdiction” in the Denver Journal of International Law and Policy; and "New Imminence in the Time of Obama: The Impact of Targeted Killings on the Law of Self-Defense" forthcoming in the Arizona Law Review.

Noura earned her J.D. and undergraduate degrees from the University of California at Berkeley (Phi Beta Kappa) and a LLM in National Security from Georgetown University Law Center (Distinction & Dean’s List).