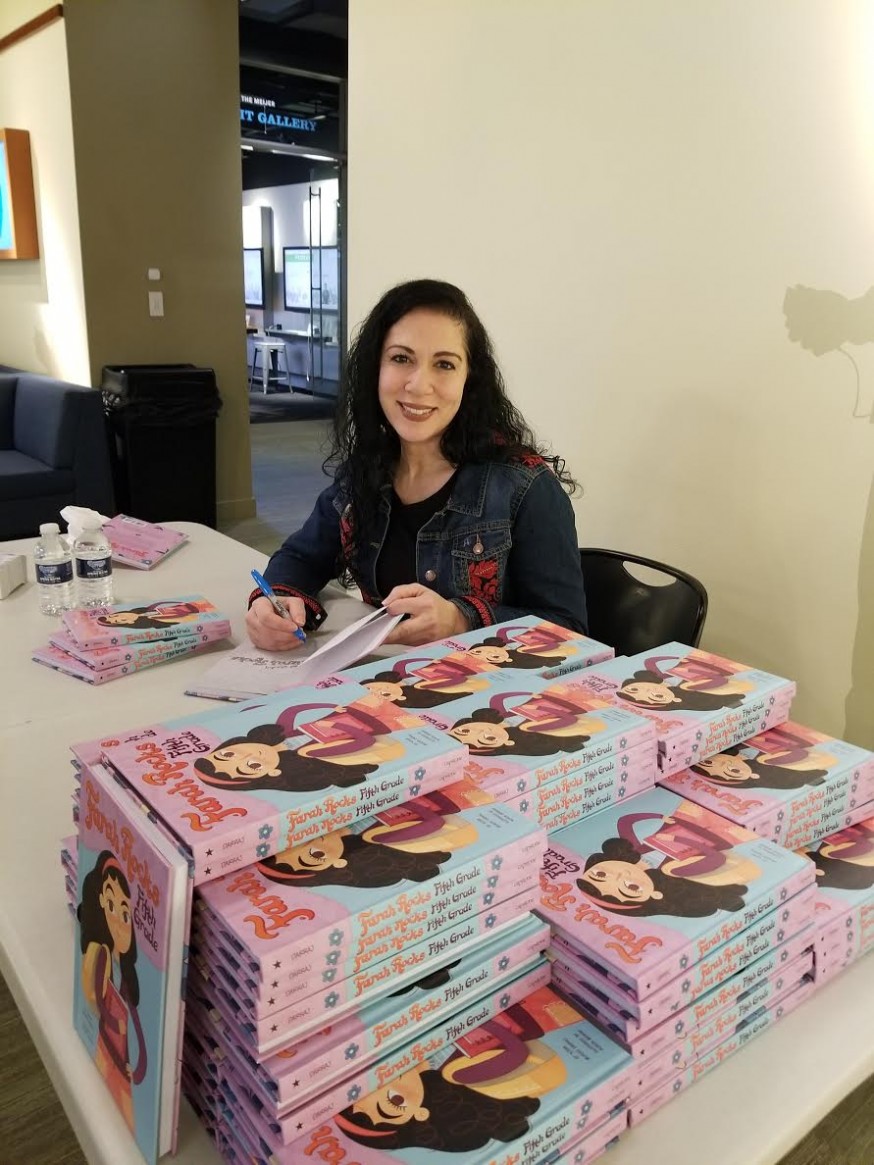 Born in Philadelphia to Palestinian immigrants who moved to the United States in 1967, Susan Muaddi Darraj has always loved books. She describes herself as a quiet child who found a lot of herself through reading. The start of her journey as an author began when she picked up a pen and started writing her own stories in the fourth grade. She says, “I wasn’t very good!” Years later, after taking a creative writing course in college and teaching herself the tips and tricks of crafting a compelling story, she began to write again. And as she herself grew more aware of her identity and her politics, so too did her writing grow in its themes and ideas.

“It’s not that my Palestinian identity is central to my writing—my Palestinian identity is central to who I am, and that comes into my writing.” Growing up, Darraj experienced the first-generation stress of existing between two worlds and two cultures. She also experienced firsthand the discrimination that comes with that identity, which has existed “[n]ot just in the Trump era, but always. I was in high school during the first Gulf War and my classmates whom I had known my whole life suddenly turned on me. There’s this outsider status that you have as an Arab in America that informs who I am.” Even if she wanted to, Darraj says there was no way of escaping her Palestinian identity: “I’m a person who looks Arab and has an Arab name.”

Make no mistake, Darraj is a champion of her identity. Just last year, after three weeks of careful planning in a private Facebook group, she started the viral #TweetYourThobe campaign. The international campaign was inspired by Congresswoman Rashida Tlaib’s announcement that she would be sworn into office in her traditional Palestinian thobe, a message which was met with racist backlash. When Darraj went public with the hashtag #TweetYourThobe, Palestinians across the world participated by sharing photos of themselves and their family members in their own thobes, celebrating Palestinian culture and Tlaib’s electoral victory. For Darraj, the campaign was a success, and it was covered widely by major mainstream U.S. media. “We have an intense need in our community for good news. The response from Palestinians around the world was so astounding—it filled people with such joy.” Not only that, Darraj says that the campaign allowed Americans to see and appreciate Palestinian culture separate from the dehumanization of Palestinian life so common in the media.

Darraj has always sought to amplify Palestinian culture and representation through her writing. Her latest endeavor is no different, though it has a new audience: children. Farah Rocks, a chapter book series to be released in January 2020, is Darraj’s effort to create a “diversity of perspective” in children’s literature. The inspiration behind the series is rather touching: Darraj’s daughter didn’t see Arab girls in any of the stories she was reading, so she asked her mom to write her one. From there, Farah Rocks was born. The book series focuses on Farah, a working-class Palestinian girl who speaks Arabic at home and has various adventures with her friends. The central theme isn’t a struggle with identity. In fact, Farah has found a happy balance between being Arab and being American—her background isn’t a problem for her, especially considering the diverse cast of characters who surround her. Instead, the books deal with issues such as bullying, making them relevant and accessible to all children.

Darraj could have written the book series to a specifically Arab or Palestinian audience, but instead, she chose to not limit her scope. “I’m writing for all children, but with a special kiss for Arab kids. I want Arab kids when they read Farah Rocks to feel a hug from me, a hug from Khalto [Aunt] Susan. It’s a little gift from me to them.” By writing for a general young audience, Darraj is hoping to create a space for all children to learn about Arab culture and see working-class struggles represented. With so few books in the United States featuring children of color in a time where children of color are set to outnumber white children, Darraj is writing the first English-language chapter book series for children featuring a central Arab character, which she hopes will offer Americans greater insight into the Arab community. “The only vantage point Americans have is what they see on the news or through ridiculous Orientalist films like Aladdin, and we need to change that. And if I can change that in any way—just cracking the perception open a little bit and presenting an Arab-American girl, saying you have more in common with her than you think, then that would be great for me.”