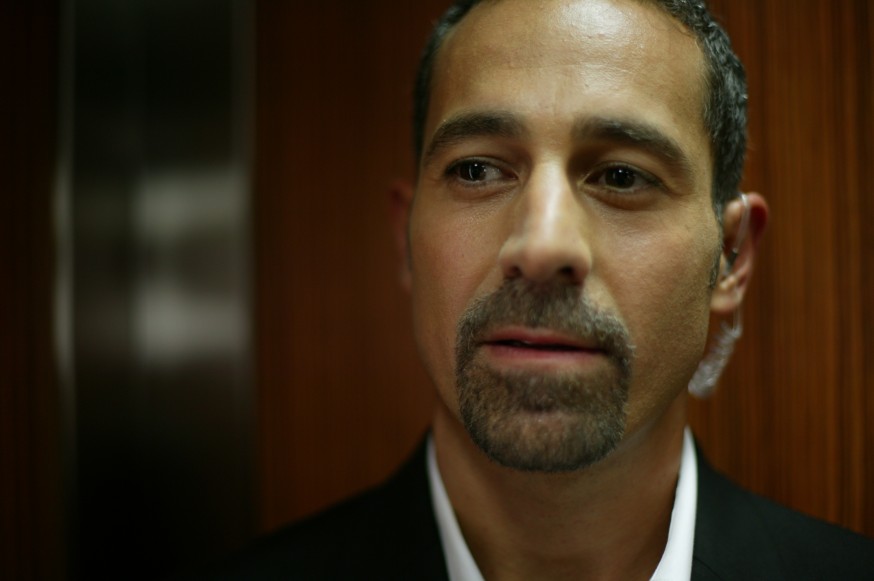 On and off Broadway, Palestinian-American actor Waleed Zuaiter's performances have consistently met with critical acclaim. Most notably, Zuaiter has starred in David Greig's The American Pilot at the Manhattan Theatre Club and played opposite Meryl Streep and Kevin Kline in Mother Courage at the Public Theater. He was the lead actor in George Packer's award-winning play, Betrayed, where he was described by The New York Times' Charles Isherwood as "a terrific actor."

And it all started, as Zuaiter puts it, "with me making fun of my parents. My earliest memory of performing was putting on my dad's jacket and shoes and making fun of him. I was kind of the comic relief of the family."

Born in Sacramento, CA, Zuaiter grew up in Kuwait. He is a graduate of George Washington University and the Studio Theater Acting Conservatory. A professional actor since 1995, Zuaiter's career began in Washington, DC, but after September 11, 2001, he quit his job, sold his house and moved to New York to be a full-time actor.

Beyond the move to New York, September 11 was a turning point for Waleed Zuaiter. "Before 9/11, I never played a single Arab role," he explains. "Then September 11 happened and all this material came out. My father, worried about the backlash, said it would be difficult for him to talk to me if I played any terrorist roles. I often consider that conversation with my father and ask, 'Am I going to say no to a terrorist role just because I'm an Arab?' And I've come to approach each role as a professional and ask, 'Is it real?' 'Is it challenging?' 'Can I grow from this?' and decide that way. After all, some of the most complex roles ever created are the 'villains'!"

Zuaiter appears as Mahmud Daash alongside George Clooney, Kevin Spacey, Jeff Bridges, and Ewan McGregor in the 2009 film, The Men Who Stare at Goats. In 2008, he played a role in a pilot directed by Spike Lee and written by Tom Fontana, called "MONY" (Mayor of New York), as well as a HBO/BBC miniseries about Saddam Hussein, "House of Saddam," and the film Veronika Decides to Die. He played the role of Omar in the 2007 Oscar-nominated film The Visitor. He is also the producer of the annual New York Arab-American Comedy Festival.

As producer, Zuaiter optioned the screen rights for the PEN-Oakland Award-winner and celebrated novel, On the Hills of God, by Palestinian writer, Ibrahim Fawal. The novel recounts the expulsion of the Palestinians during the establishment of Israel.

Currently, Zuaiter is filming in New York and Morocco with the cast of Sex and the City 2, which is set for release in 2010. You can stay updated on Zuaiter's work by visiting his website at: www.waleedzuaiter.com