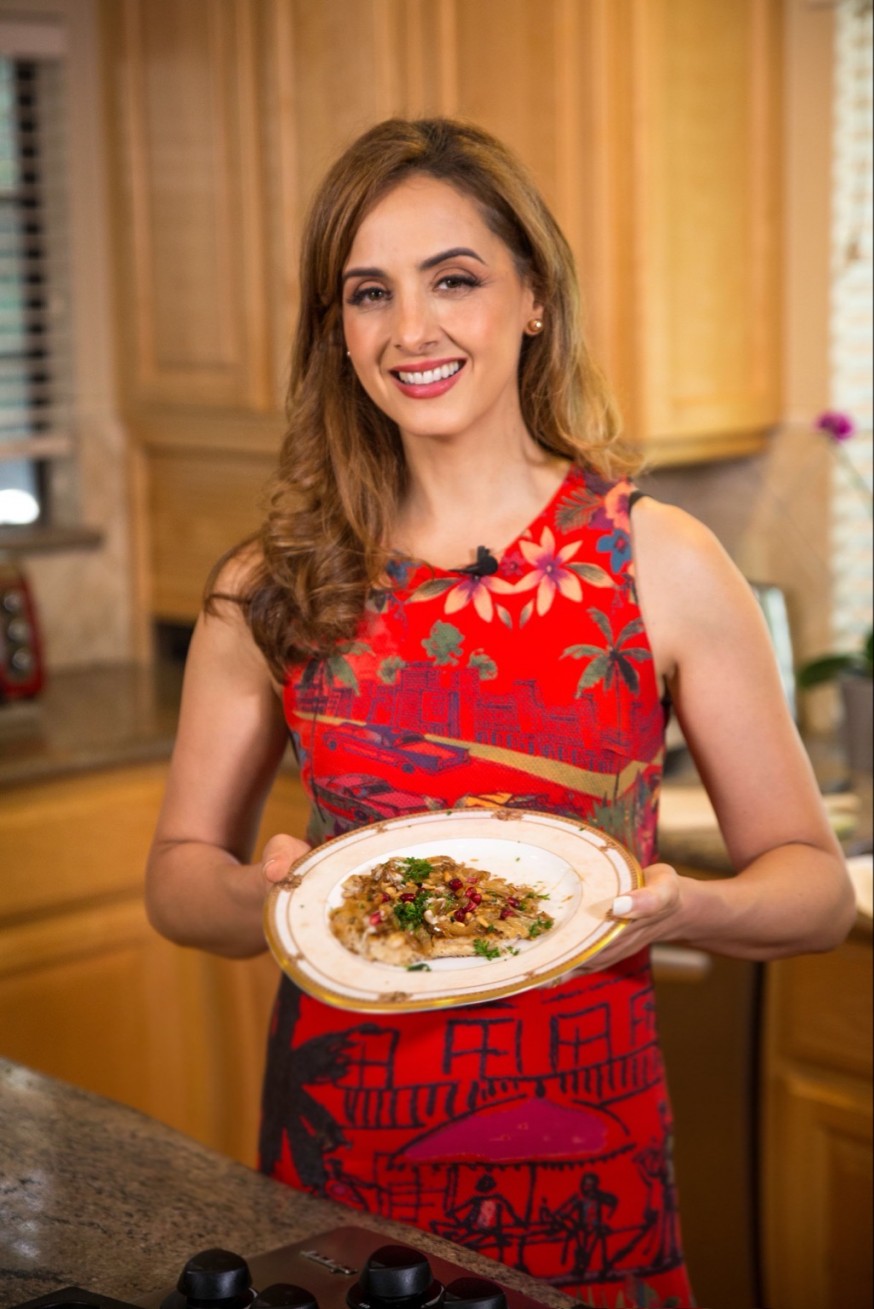 “A tool of mass cultural preservation”—that’s how Blanche Araj Shaheen describes her new cookbook. Feast in the Middle East (2020) features an array of dishes from across the Levant with detailed instructions and histories behind each recipe. The result of years of effort and dedication, the cookbook aims to be an easy, accessible one-stop shop for both classic Levantine dishes and more modern fusion recipes.

As a Palestinian-American, author Blanche Araj Shaheen has a personal connection to the food she’s sharing. Her parents, who immigrated to the United States after the 1948 War, used to cook with Shaheen and her siblings when they were young, teaching them about family traditional recipes and customs. It was not until Shaheen grew older and had kids of her own that she decided she wanted to learn how to replicate her parents’ recipes exactly. It was then that she launched her YouTube channel, BlancheTV, out of her kitchen.

With over forty thousand followers, BlancheTV gives viewers an insight into Palestinian food and culture. “Through my videos, people got to see more of our community. When they saw me cooking with my mother and brother and sharing our traditions, it humanized us as Palestinians.” At first, Shaheen focused on old-school Levantine recipes, making dishes like musakkhan—Shaheen’s personal favorite—more accessible to the Palestinian diaspora. “I love the idea of chicken and bread; musakkhan is just total comfort food. I love the smells and the brilliance of the color, and the caramelized onions add such a sweetness and depth… It’s so distinctly Palestinian.” Beyond the classics on the channel, Shaheen added American fusion dishes like “machos”—Middle Eastern nachos with pita chips, feta cheese, salata baldiyya (cucumber tomato “salsa”), and tahini lemon yogurt sauce. The cooking videos were a hit, and soon Shaheen expanded to include vlogs about her travels to Palestine, different Arab etiquette practices, Middle Eastern food festivals she would frequent, and more. “The vlogs were adding to the dialogue and scope of what people saw about the Middle East, and I thought that was invaluable.”

Following an outpouring of requests from her followers, Shaheen began compiling all the recipes into one place. After years of work, she self-published Feast in the Middle East to ensure that she would have complete creative control over the content included in the book. “I never did this for profits—I did this to share the origin of these recipes, which have been appropriated. I wanted to share the Arabic roots and words connected to these foods.” By documenting and sharing the recipes, Shaheen has not only grown closer to her own culinary traditions, but has also allowed for other Palestinians and Arabs to experience the same connection with their culture. “These recipes have empowered people—empowered people in the diaspora to create the cuisine and carry on our traditions. When people get this book, I know they will be able to make these dishes as authentically as possible and pass them on to future generations. That’s what my goal is with the cookbook; for it to be passed down for generations, for it to be something that will keep us in touch with the motherland so that we never lose the thread of culture.”

You can watch Blanche’s videos on her channel BlancheTV here. Her cookbook Feast in the Middle East can be purchased here.