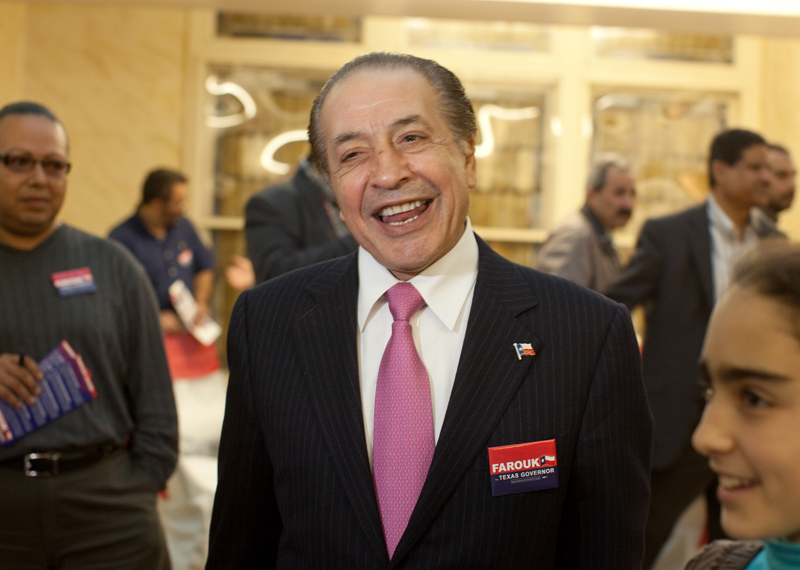 "Necessity is the mother of invention," notes Shami. "When you leave your country for another, with nothing in your pockets, first you need to survive. Then you need to succeed." Shami holds numerous patents today for safe and environmentally-friendly hair care products and technologies. His BioSilk and CHI lines are industry leaders.

"Before I could walk, I could help mix color for my mother," Shami said. "Coloring hair became an art for me - art on a live canvas."

Shami attended cosmetology school in the U.S. and returned to Palestine to open a salon just before the 1967 War. "We woke up to find ourselves living under Israeli military occupation. Because of the curfews we couldn't get the supplies we needed to stay in business," said Shami. Not easily deterred, Shami decided to teach himself cosmetic chemistry. He began developing his own products using locally-available materials.

He brought that innovative spirit with him when he immigrated to the U.S. in 1972. After more than a decade as a successful hair colorist, he developed an allergy to ammonia and his doctor told him to leave his profession. Instead, with his garage as a laboratory, Shami invented the first ammonia-free hair color - SunGlitz - in 1985. One year later, the largest American distributor of hair care products, asked Shami if he could make enough for them to sell. Shami's business took off when Armstrong McCall signed a 20-year agreement to carry his products.

Shami's ammonia allergy led to a lifelong commitment to develop products that are safe for hairdressers and the environment. He collaborated with NASA scientists to create CHI, a product line that includes blow dryers that emit considerably less electromagnetic fields than regular dryers. And through PetSilk, Farouk Systems also offers chemical-free products for pets.

Shami is using his success to give back to his homeland. "Because of Israeli occupation, Palestine is dependent on donor countries," Shami says. "But there are many Palestinians with the means to help, and we need to share our success with our people." In 1999, Shami opened a science high school for girls in Beit Ur. And in 2009, in partnership with the United States Agency for International Development (USAID), he sponsored an infrastructure project that includes sidewalk and road electrification projects for the benefit of Beit Urâ€™s 5,000 residents and 20,000 people from the surrounding communities who regularly pass through the village. The project will create an estimated 4,500 job days for approximately 70 workers.

"When I meet Israeli business counterparts, we eat steaks in fine restaurants. But nearly 80 percent of my relatives are unemployed because of Israeli travel restrictions," Shami says. "I don't know much about politics. But I know that we deserve our rights and our freedom just like people everywhere."