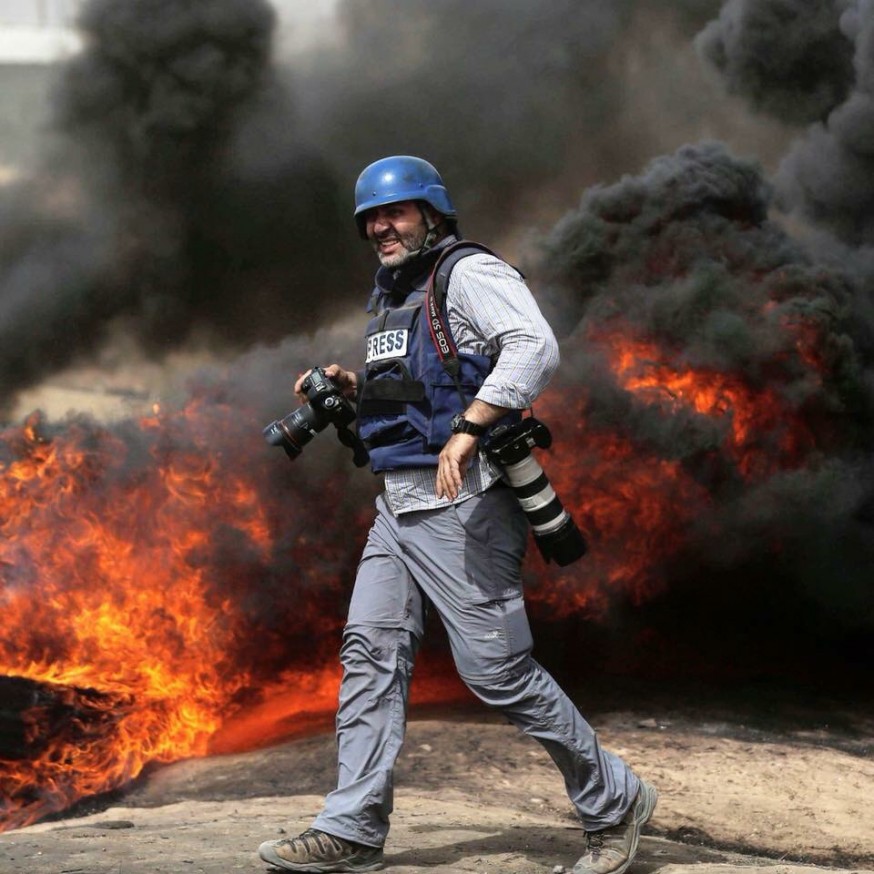 Khalil Hamra, a Pulitzer Prize-winning staff photographer for the Associated Press, is exhibiting his work from September 1-16 at the Visa Pour L'image 2018 in France, a prestigious international photojournalism festival. The festival, which takes place annually in the city of Perpignan, is attended by renowned photographers from around the world.

Hamra's featured photos, exhibited under the title “Why Gaza?,” depict life in the besieged territory starting from Israel's 50-day attack on Gaza through The Great Return March of 2018. The photos offer a view into the ongoing oppression people in Gaza endure under Israel's illegal occupation and blockade, but also how they resist and persevere.

Since Hamra joined the Associated Press in 2002, he has covered Gaza, the Egyptian revolution, and the Syrian war. His work has allowed him to experience limited freedom of movement, which is impossible for most people in Gaza since Israel closed its borders over a decade ago. Most Gazans can't leave at all.

Hamra found out last minute that he was allowed to travel to France for his own exhibition. He explains that although the Associated Press sometimes helps facilitate his travel, Israel makes the final decision.

In Gaza, the life of a journalist is not only unpredictable, but also unsafe. During the Great Return March, Israeli snipers targeted journalists, killing two and injuring others.

On the risks of reporting in Gaza, Hamra says: “Even though we take every precaution when reporting, we know we're lucky every day that we survive."

Constantly afraid his family will be harmed, conditions in Gaza make it difficult for Hamra to focus on his work.

In 2008, a missile landed by his home while he was out reporting. His wife, who was inside the house, was pregnant with twins. In 2014, Israel bombed and destroyed a residential building just meters away from his home where his entire family was seeking refuge. Hamra was working at the time and ran towards the house, expecting to find his family dead.

"Thank God they were alive. I evacuated them from the house, but it was very hard for me to get back to taking photos. I broke down and couldn’t get back to work until the next day.”

Hamra says that although working in Gaza is dangerous, he knows that conditions are difficult anywhere there is violence.

"As a human being, I feel for others who suffer, and as a Gazan, I understand their suffering on a deeper level."