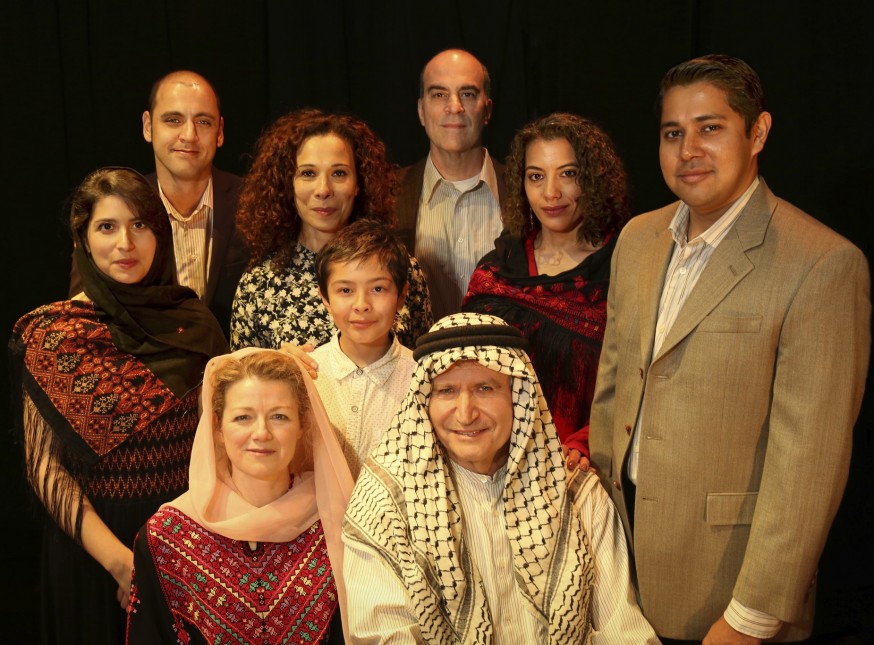 71 years. 31 scenes. A collection of vignettes. Award-winning Palestinian-Irish playwright Hannah Khalil’s play Scenes from 71* Years – running in San Francisco from April 5-May 5 – offers a journey through everyday Palestinian lives under the grip of occupation from 1948 until the present. Punctuated by humor, directed by a leading scholar of Arab-American theater, and featuring Palestinian music, dance, and actors, the play is one of the first to place Palestinian stories in the American theater spotlight.

The play had its world premiere in London in 2016 and was shortlisted for the James Tait Black Prize for Drama, an award for the best original new play. This U.S. production is directed by Michael Malek Najjar, a Lebanese-American scholar focused on plays about the Middle East and who holds an MFA and a PhD in the theater arts. It will show for a month at Golden Thread Productions, a San Francisco-based theater company devoted to productions about the Middle East.

“I hope the play draws people in, only to realize Palestinians are just normal people trying to do normal things,” Khalil comments. “I want people to laugh and feel frustrated with the Palestinians. I’d love them to walk away thinking, ‘Oh, this situation isn’t what I thought it was and I need to go find out more.’”

Part of the draw is aesthetic: the play received a full production treatment, showcasing Palestinian culture top to bottom. “We took a great deal of time to think through the details,” Najjar explains. Unlike many plays that follow a single person narrative, Scenes from 71* Years spans varying cultural and historical contexts – and the team set out to accurately reflect each one through selecting topical Palestinian music and clothing. They even cast actors of Palestinian descent and hired a professional translator to ensure the Arabic lines are in accurate dialect.

The production didn’t come to life without its challenges, though. “I hate to say it, but the American theater has little space for Palestinian narratives,” Najjar shares. Khalil struggled to get the play on stage initially and found theaters were nervous about the subject matter – until connecting with Golden Thread Productions. “Arab actors rarely have opportunities to play roles like this,” Khalil describes. “Sadly, this play is kind of revolutionary in that way.”

Aside from introducing Americans to Palestinian life, the team hopes the show will inspire Palestinian-American audiences too. “I want Palestinians to come and say, ‘This is about me,’ and watch their history unfold on stage,” says Najjar. “This show is a love letter to Palestine.”

Learn more about Scenes from 71* Years here and purchase tickets here. The play runs in San Francisco at Golden Thread Productions from April 5-May 5, 2019.