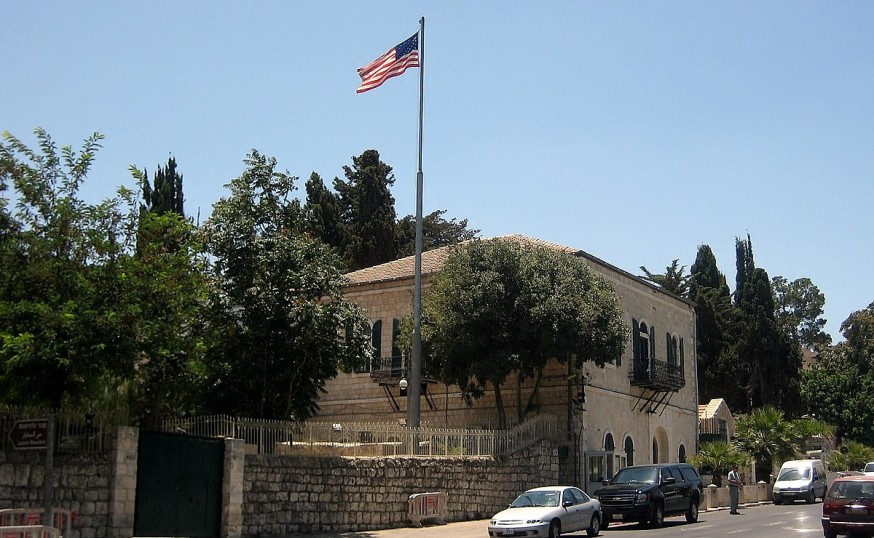 ISSUE: A recent Haaretz article indicates that the Biden administration plans to reopen the shuttered US Consulate in Jerusalem in “several weeks,” according to Palestinian officials. This move would overturn a 2019 Trump administration decision to close the more-than-century-old consulate, which resulted in US-Palestinian relations being subsumed inappropriately under the purview of the US Embassy to Israel.

Some Israeli politicians, including cabinet ministers, oppose the Biden administration’s efforts to reestablish these diplomatic ties for this reason and are attempting to dictate to the United States where it should locate its diplomatic facilities and how it should conduct its diplomacy. Israeli Prime Minister Naftali Bennett reportedly objected to the Biden administration’s plans during his meeting with the president in August.

And parliament member Nir Barkat, a Knesset member of former Prime Minister Benjamin Netanyahu’s Likud Party and former mayor of Jerusalem, has ratcheted up this opposition by introducing a bill to prevent the United States from reopening its consulate. “Never did we give anybody consent to open up a diplomatic mission for Palestinians in the city of Jerusalem,” he told Reuters.

Justice Minister Gideon Saar also opposes the US reopening the consulate. “No way, no way,” he told a conference hosted by the Jerusalem Post. “It needs Israeli approval,” he stated. “We will not compromise on this issue.”

Former Israeli Ambassador to the United States Michael Oren has even called for Israel to shut off municipal services to a reopened US consulate. "Theoretically, one could stop providing electricity and water to the building. And it is possible to do other things that we shouldn't talk about right now," he told Israel Hayom. "One has to take into account that there will be a price to pay; perhaps condemnations and perhaps sanctions. Therefore, we have to weigh carefully whether we can bear those costs. It is a strategic question, but, if, God forbid, the Americans decide to break all the rules, the battle at one level or the other will have to continue."

Israeli opposition to the US reopening its consulate in Jerusalem has resulted in the establishment of a bilateral US-Israeli working group, with Deputy Foreign Minister Idan Roll now confidently predicting that “I have good reason to think this [the reopening of the consulate] will not happen." The fact that the United States and Israel are meeting to discuss, and potentially decided upon, issues that impact US-Palestinian diplomatic relations perfectly encapsulates how the United States continues to subordinate its relationship with the Palestinian people to Israel.

Some Senators are backing this Israeli push to prevent the United States from reopening its consulate in Jerusalem, according to an October 26 Jerusalem Post article, which reported that Sen. Bill Hagerty (R-TN) and 33 GOP colleagues are planning to introduce a bill “not to reopen, open or otherwise maintain a United States Embassy, Consulate General, Legation, Consular Office or any other diplomatic facility in Jerusalem other than the United States Embassy to the State of Israel.” The bill reportedly would also prohibit funding the US consulate in Jerusalem.

Before the Israeli occupation of East Jerusalem

In 1844, the United States appointed its first consul to Jerusalem, which was then part of the Ottoman Empire, and established a permanent consular building in the city in 1857. For more than one century before the establishment of the State of Israel in 1948, the US Consulate General served as the primary point of contact for political, diplomatic, tourist, and commercial relations between the United States and Palestine.

Following the establishment of Israel on 78 percent of historic Palestine through a massive campaign of ethnic cleansing of the indigenous Palestinian population, the United States established diplomatic relations with the State of Israel in 1949.

UN General Assembly Resolution 181, adopted in November 1947, which called for partitioning Palestine into two states against the wishes of its majority indigenous Palestinian population, also called for Jerusalem to be administered as an international city under the auspices of the UN. However, this provision, like the partition plan as a whole, was never implemented. Instead, Israel and Jordan signed an armistice agreement in April 1949, which divided the city into an Israeli-controlled western portion and a Jordanian-controlled eastern portion. Until the Trump administration, the United States did not recognize Israel’s claims to sovereignty over any portion of the city.

The US Consulate General in Jerusalem fell under the portion of the city controlled by Israel, effectively severing the link between the United States and Palestinians in what came to be known as the West Bank, which was annexed by Jordan in 1950. In 1952, the United States began leasing a building for consular services in East Jerusalem to reestablish this relationship.

The Israeli occupation of East Jerusalem

In June 1967, Israel occupied the West Bank, including East Jerusalem, and the Gaza Strip, territories which comprised the remaining 22 percent of historic Palestine not conquered by Israel in 1948. Shortly thereafter, Israel de facto annexed East Jerusalem.

After Israel began this military occupation, all US diplomatic buildings in Jerusalem were “under the authority of the U.S. Consul General,” according to the defunct website of the US Consulate General, which headed “an independent U.S. mission that is the official diplomatic representation of the United States in Jerusalem, the West Bank, and Gaza.”

For more than half a century, until its closing in March 2019, the US Consulate in Jerusalem functioned as a direct diplomatic conduit between the United States and Palestinians living under Israeli military occupation. The Consulate General reported directly to the Department of State and was not a subsidiary of the US Embassy to Israel.

This relationship was upended by the Trump administration’s December 2017 decision to recognize Jerusalem as Israel’s capital and to move the US embassy there, reversing 70 years of bipartisan US policy of nonrecognition of sovereign claims to the city, defying decades of UN resolutions, and undermining the international law prohibition against acquiring territory through the use of force.

As part of this process, former Secretary of State Mike Pompeo announced in October 2018 that the US Consulate in Jerusalem would be closed and its duties transferred to a new Palestinian Affairs Unit within the US Embassy to Israel. This move was completed in March 2019, effectively subsuming and subordinating US-Palestinian relations under the rubric of  US-Israeli bilateral ties. The US Embassy in Israel still maintains an America House Jerusalem in East Jerusalem; however, this facility is limited to cultural and informational events and is not engaged in consular services or diplomacy.

Since 1993, the status of Jerusalem has been considered a permanent status issue to be resolved in bilateral Israeli-Palestinian negotiations. Continued US recognition of Jerusalem as Israel’s capital and the location of the US embassy in the city prejudge the issue in Israel’s favor. The Biden administration should take further steps to reverse the Trump administration’s abandonment of bipartisan US policy on Jerusalem by rescinding its recognition of Jerusalem as Israel’s capital and returning the US embassy to Tel Aviv. It should also take effective steps, including imposing sanctions, against Israel for furthering its illegal colonization of Palestinian land in Jerusalem, a war crime as defined by the International Criminal Court and widely recognized by the UN and all human rights organizations as a violation of the Fourth Geneva Convention.