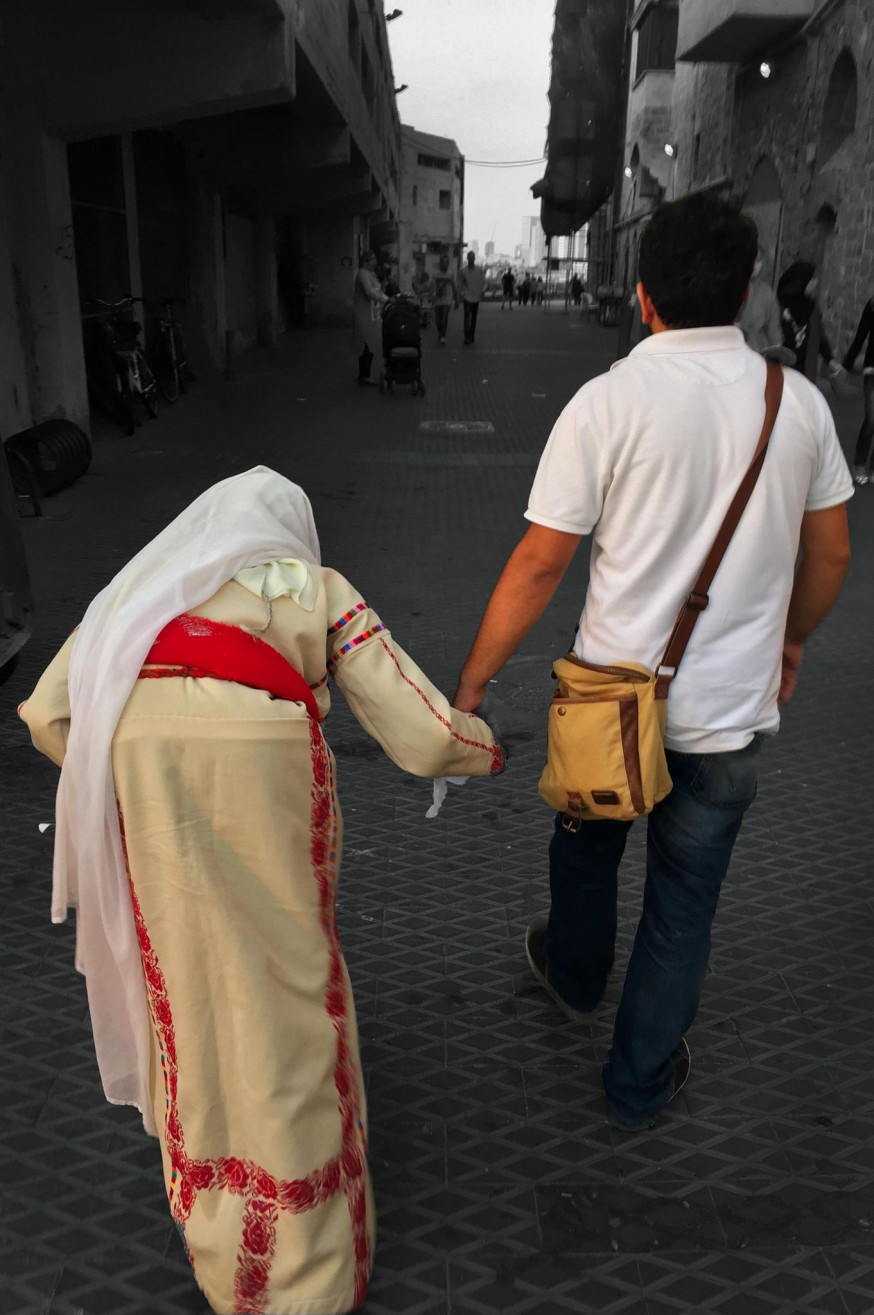 As they drove, Hiam recounted, “This has been my sole wish for my entire life, to see my village.” A Palestinian refugee living in Kuwait, she’d traveled to the Jaffa area for a day trip with Tarek Bakri. They were en route to visit her family’s town called Fajja – ethnically cleansed and mostly demolished in 1948 – as part of Bakri’s visual documentation project “We Were and We Are Still Here.” The project is dedicated to connecting diaspora Palestinians to their land – and documenting their ties to it. Hiam’s story is one of hundreds he’s captured.

During the creation of the state of Israel, from 1947-1949, more than 750,000 Palestinians were driven from their homes or fled in fear after word spread of more than two dozen massacres committed by Israeli forces. This mass expulsion is known as the Nakba (“the catastrophe” in Arabic). Palestinian refugees, including those like Bakri living within historic Palestine, now number over seven million and have never been given their internationally-recognized right to return.

Through “We Were and We Are Still Here,” one of the largest scale visual documentation projects sharing individual Palestinian stories, Bakri helps Palestinians in the diaspora return to their land, many for the first time, then shares the stories online. He’ll facilitate the excursion logistics then film and take photos of the trip. He also records details about each family’s relationship to their land to preserve their histories. The Facebook page for the work has amassed a following of over 30,000 people and Bakri has presented about the project to over 120 audiences in Europe and the Arab World. “Everything [about the project] is related to keeping the Palestinian memory alive,” Bakri shares.

A Jerusalem-born Palestinian and a computer engineer by trade, Bakri first got the initial inspiration for what became “We Were and We Are Still Here” during college in Jordan. Many of his friends were diaspora Palestinians who hadn’t had the opportunity to return to their land – so during school breaks, Bakri would head back to Palestine to track down their homes and snap photos. “I was their eyes in Palestine,” he shares. Around the same time, he was also moved by a trip to a refugee camp in Lebanon where he observed how attached the refugees were to Palestine and the idea of return. “I felt I had to do something for these people,” he remembers. As a resident of Jerusalem with the ability to travel more freely than some other Palestinians, Bakri figured this work was one way he could contribute.

Now, seven years and dozens of stories later, Bakri has his sights set on expansion. He’s hiring a team of student interns and planning to build an online platform to house all of the “We Were and We Are Still Here” stories. Along with the personal narratives, the team will begin recording the histories of each Palestinian town. Of the work, Bakri shares: “Whenever there is occupation and stolen houses, we must keep documenting. Everyone can do something to help. For me, this is how I give to Palestine.”

For more information about Tarek Bakri and “We Were and We Are Still Here,” visit the Facebook page for the project. To watch the video of Hiam returning to her village, click here.