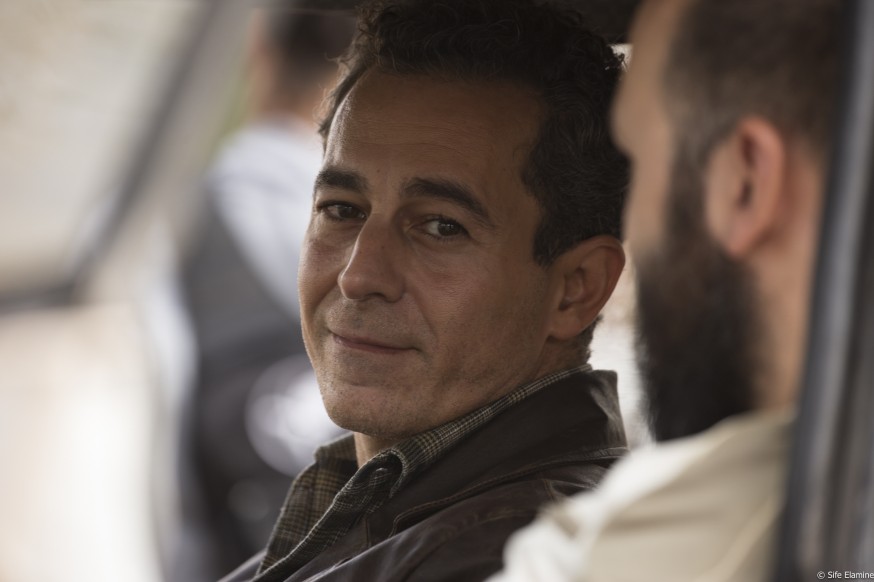 “Deep inside, I always knew I wanted to become an actor,” says Waleed Zuaiter, star of Hulu's highly-praised Baghdad Central. Yet Zuaiter, whose acting credentials are extensive, did not take a direct path to acting. Born in Sacramento, Zuaiter moved to Kuwait with his family at the age of five and spent his summers back in the Bay Area where his mother’s family was based. He describes his childhood as “the best of both worlds.”

Following the Iraqi invasion of Kuwait in 1991, Zuaiter, who was in college at the time, moved to D.C. to study at George Washington University.  He majored in philosophy and minored in theatre, both of which would eventually become critical assets to his acting career. “I majored in philosophy because I was thinking of going to law school, but it was honestly very beneficial to study human behavior for theater. After working as a paralegal for a few years post-college, I realized that really wasn’t what I wanted to do.”  Zuaiter quit his job, packed up, and moved to New York City to pursue acting full-time.

Zuaiter has since had a very successful career. He’s starred in several NYC theater productions, including Mother Courage at the Public Theater alongside Meryl Streep and Kevin Kline, as well as numerous film and television roles. Zuaiter has also expanded his career past acting; he not only starred in the Academy Award-nominated film Omar, but also produced it. Now, Zuaiter is excited to share his latest project: Baghdad Central.

Set in Iraq post-2003 U.S. invasion, Baghdad Central is a show that centers on Muhsin Kadr al-Khafaji—a former police inspector under Saddam masterfully played by Zuaiter—and his desperate attempt to find his kidnapped daughter. Described by outlets such as The Wall Street Journal as a “Middle East western,” the show cleverly recreates the classical, timeless feel of a detective show and sets it in Iraq. The story itself remains authentic not just to classic Wild West depictions, but also to Iraqi history and culture. “Baghdad Central portrays normal, middle-class people who are affected by the war, portrays how the war interrupts their lives. It’s the first mainstream show where you’re telling a story with Arabs as the protagonists. It’s a thriller and a detective story, and Arabs are at the center.”

Baghdad Central is dual-language, with scenes filmed in both English and Arabic. The cast is comprised mostly of Arabs, about 10 of whom are Palestinian. “If you read Night Draws Near, by the late Anthony Shadid, you’ll see Shadid referred to what happened to Iraq in 2003 as an 'occupation,' not simply an 'invasion' definitely not a 'liberation.' I’m not surprised that talented Palestinians were cast in these roles because we relate to the experience of occupation.” Given that a number of the actors were Arab but not necessarily all Iraqi, the cast worked with a professional Iraqi dialect coach and an Iraqi consultant/associate producer to ensure the Iraqi dialect was properly captured so as to accurately portray Iraqi culture.

For Zuaiter, Baghdad Central is, in many ways, the first show of its kind. “This is a story that is so underrepresented, a story that needs to be told. It’s a beautiful, dual-language, nuanced noir-thriller.” Instead of the typical “othering” of Arabs, the show centers Arabs. “The protagonists in the show are all Iraqi. The people that have been ‘otherized’ are the Americans and the Brits. That dichotomy has been completely swapped.” Zuaiter also feels his character specifically, as a leading Arab role, is unique in its complexity. According to Zuaiter, al-Khafaji is “somebody with a shady past. He did things under the Saddam regime that he’s not proud of, and now some of those skeletons in the closet have come back to haunt him post-Saddam.” And yet al-Khafaji is still a character the audience empathizes with: he’s a widower; he’s lost his eldest son; he’s the father of two girls, one of whom is ill, and the other is estranged living with her aunt and uncle before she goes missing. “He has all these obstacles in front of him that he has to overcome. In many ways, he’s an anti-hero with a very heroic journey.”

For Zuaiter, Baghdad Central and al-Khafaji are the Arab representation he’s been waiting for. “Knowing the culture, speaking the language, I couldn’t imagine anybody else playing this role except for me. It feels like it was made for me.” Zuaiter is also honored to bring this story to mainstream television: “We’re getting amazing responses from Iraqis in Iraq, who have been writing to me on Instagram and on Twitter. They’re so happy to have authenticity portrayed in the show. I think we’re going to see more and more dual language shows, more representation. It’s exciting and pioneering.”

Baghdad Central is now streaming on Hulu. If you would like to read more about Waleed Zuaiter, check out our 2013 profile on the actor and producer.