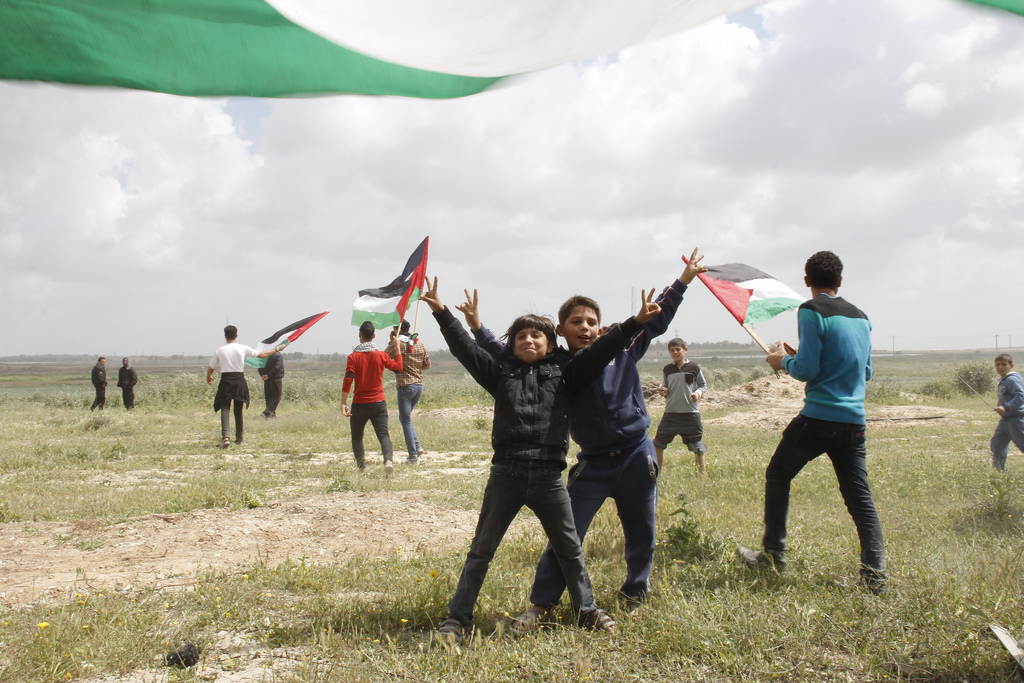 The Gaza Strip is a narrow strip of Palestinian territory along the Mediterranean Sea. Just 25 miles long and six miles wide, the tiny coastal enclave is one of the most densely populated places on earth and is home to approximately 1.7 million people. Three quarters of Gaza’s population are refugees who were expelled from the land that became Israel in 1948, and their descendants. A December 2011 Oxfam report showed that 80% of families in Gaza live in poverty, a figure that reflects Israel’s ongoing blockade and closure of the Strip’s borders.

On Friday, Israel killed three Palestinians in response to continued protests along the Gaza border fence. Earlier this month, the most intense round of fighting since 2014 erupted after Israel further tightened its blockade, citing the damage wrought by burning kites.

The United Nations said Wednesday it had been forced to lay off more than 250 Palestinian employees in Gaza and the West Bank and cut services after the United States slashed hundreds of millions of dollars in funding.

The Great March of Return began as Ahmed Abu Artema’s dream - a dream to "fly free like birds” over Israel's militarized fence encaging Gaza. The dream turned into reality when tens of thousands of Palestinian refugees braved sniper fire for the freedom to return to their homes and land Israel banned them from.

A soccer team made up of Palestinians who lost limbs to Israeli fire in the Gaza Strip is giving its players new purpose.

“We want to live a dignified life but we are losing hope,” one demonstrator who was shot by Israeli troops told NBC News.

Join the al-Lahham Family for Iftar in Gaza

Ramadan is a sacred time of year for devout Muslims. The holy month began days after the Israeli military killed 62 protesters in Gaza’s Great Return March. Despite the sorrow over the killings, and despite the ongoing suffering Palestinians in Gaza experience due to the Israeli-imposed blockade, four hours daily of electricity, lack of drinking water, and chronic unemployment — families in Gaza still mark Ramadan with devotion, and with dignity.

Bernie Sanders’ Criticism Of Israel Is Radical. And He’s Taking It Mainstream

Not many in the media are noticing, which is understandable given the burden of keeping up with Donald Trump, but in the shadow of Trump and Benjamin Netanyahu, Bernie Sanders is dramatically challenging Beltway discourse on Israel

Anthony Bourdain Shone a Different Light on the Middle East

Anthony Bourdain brought cuisines from around the world to viewers who might never otherwise have contemplated them. But his shows were always about so much more than that.

The images and video of Israeli soldiers shooting live ammunition into masses of mostly unarmed Palestinians on the other side of the Gaza border fence over the past several weeks horrified observers around the world. Starting March 30, Israeli troops suppressing protests in Gaza killed 118 people...