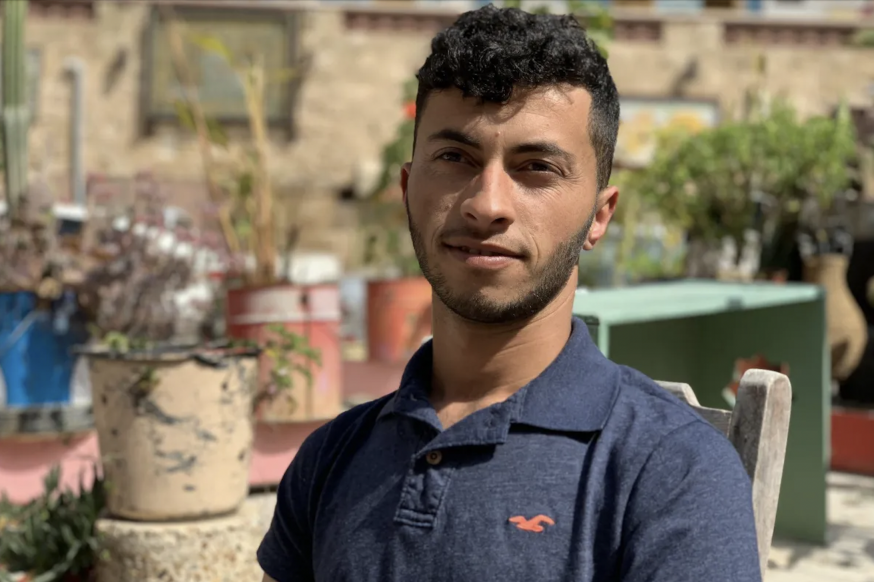 On May 4, 2022, the Israeli supreme court ruled that Israel could expel more than 1,000 Palestinians from their homes in the Masafer Yatta region of the occupied West Bank, ostensibly to make way for a training zone for Israel’s occupying army.

While Israel routinely destroys the homes of Palestinians, including entire communities, the expulsions in Masafer Yatta are the largest single such forced displacement carried out by Israel since it began its military occupation of the West Bank in 1967. The United Nations, European Union, and human rights organizations have condemned the displacements as illegal and at least 15 members of Congress have called on Israel to stop

Question: What is the current situation in Masafer Yatta?

Basel Adra: Since the court’s decision, between 50-60 people have had their homes destroyed by the army. The families are refusing to leave their villages, so most of them have relocated to tents or small caves. After the initial demolitions, the army returned and confiscated the tents, displacing those families yet again.

Two villages in Masafer Yatta, Khalit Al Dabee and Al-Taban, received notification recently that every structure in their villages will be demolished in the coming days. Homes, animal pens, everything. We’re expecting this large-scale demolition at any time.

And there’s been a dangerous new development: the army sent a letter to the Palestinian Authority [which administers parts of the West Bank under overall Israeli control] notifying them that they intend to do training exercises involving the firing of weapons in a large swathe of Masafer Yatta in the coming days, and that they may remove all inhabitants from that area. This could impact six communities in Masafer Yatta.

Q: How long has your family lived in Masafer Yatta and what was life like there before Israel began threatening to expel you from your homes?

BA: My family’s history is rooted here for as far back as we know. I have many good memories of Masafer Yatta. As a child, I loved attending summer camps the community organized, studying in the local school that my parents helped  start, and celebrating weddings with my relatives and neighbors.

But my entire childhood and adult life have  also been spent under violent Israeli military rule and the threat of expulsion. Ever since I can remember, I’ve witnessed the army destroy the homes of my neighbors, of people I love, I’ve been subjected to the military checkpoints the soldiers establish at whim. Growing up, I was detained by soldiers and attacked by settlers when grazing our sheep with my grandfather. I’ve witnessed soldiers arresting my father and friends for trying to protect our homes and our rights. I’ve watched Israel’s settlements constantly expanding, with new outposts cropping up regularly to steal more of our land. I’ve seen the infrastructure of the settlements grow, while we are prevented from building roads, schools, or the infrastructure needed for electricity, water or sewage, under the pretext that we are building illegally in a military firing zone, even though we are living on our own land and Israel’s occupying army has no right to be here or tell us what to do.

Q: What is it like watching your friends and neighbors being forced to leave their homes by soldiers and knowing they might come do the same to you soon?

BA: It is beyond difficult to watch the homes of my friends and families being demolished. I’ve been witnessing this since I was a child. When I was growing up it motivated me to learn photography and journalism so I could document it to show the world. But each time I see a home being bulldozed, a family’s life being destroyed, I am overwhelmed with how powerless I feel to help the people I love. I see the mother’s tears. I see the children coming home from school to find the room they play in, the bed they slept in last night–all destroyed. What can I possibly say? I can do nothing for them, except share their stories.

What’s coming will be catastrophic for these families, my friends, my neighbors in Masafer Yatta. I will do everything I can to utilize social media, traditional media, and activism on the ground. But–this will only mean something if it leads to the international community stepping in and preventing this impending fate from happening.

Q: Why do you think Israel wants you to leave your land?

BA: The initial pretext for us being pushed off our land was given in the 1980’s by Israel’s then defense minister, Ariel Sharon, one of the main architects of Israel’s settlement enterprise. He claimed to want a geographic separation between Palestinians in Masafer Yatta in the occupied West Bank and Palestinian Bedouin communities in the nearby Negev (Naqab) desert inside Israel’s pre-1967 borders.

As the decades passed, it became clear Israel’s goal is to expel us and build settlements for Israelis where our communities now stand. Not just in Masafer Yatta, but in all areas under direct Israeli military control, known as “Area C” under the Oslo Accords, which is approximately 60%, of the West Bank. They want to push all Palestinians into a handful of urban areas ostensibly under the control of the Palestinian Authority (Areas A and B of the West Bank), and take all of Area C for Israeli settlers.

Q: President Biden is scheduled to visit Palestine/Israel in a few weeks. According to media reports, he’s asked Israel to refrain from actions that provoke tensions ahead of the trip but he’s failed to condemn the expulsions in Masafer Yatta or call for them to end. What would you like to say to him and what would you like him to do given the leverage the US has with Israel due to the massive economic and diplomatic support it provides?

BA: Israel has effectively been given a green light from the international community, in particular the US and Europe, to expel us from our homes. These governments see very clearly the apartheid polices being implemented by Israel, they see the crimes that Israel has been committing against us for decades, yet they don’t take any meaningful action to stop them. They send out statements of concern and occasionally of condemnation, yet Israel continues to expand its illegal settlements without facing any consequences. I want to tell Biden–stop supporting Israel and its destruction of our homes. Palestinians have been living under this apartheid regime for decades. We’re exhausted. The Biden administration must work to end this system of apartheid, instead of protecting and enabling it.