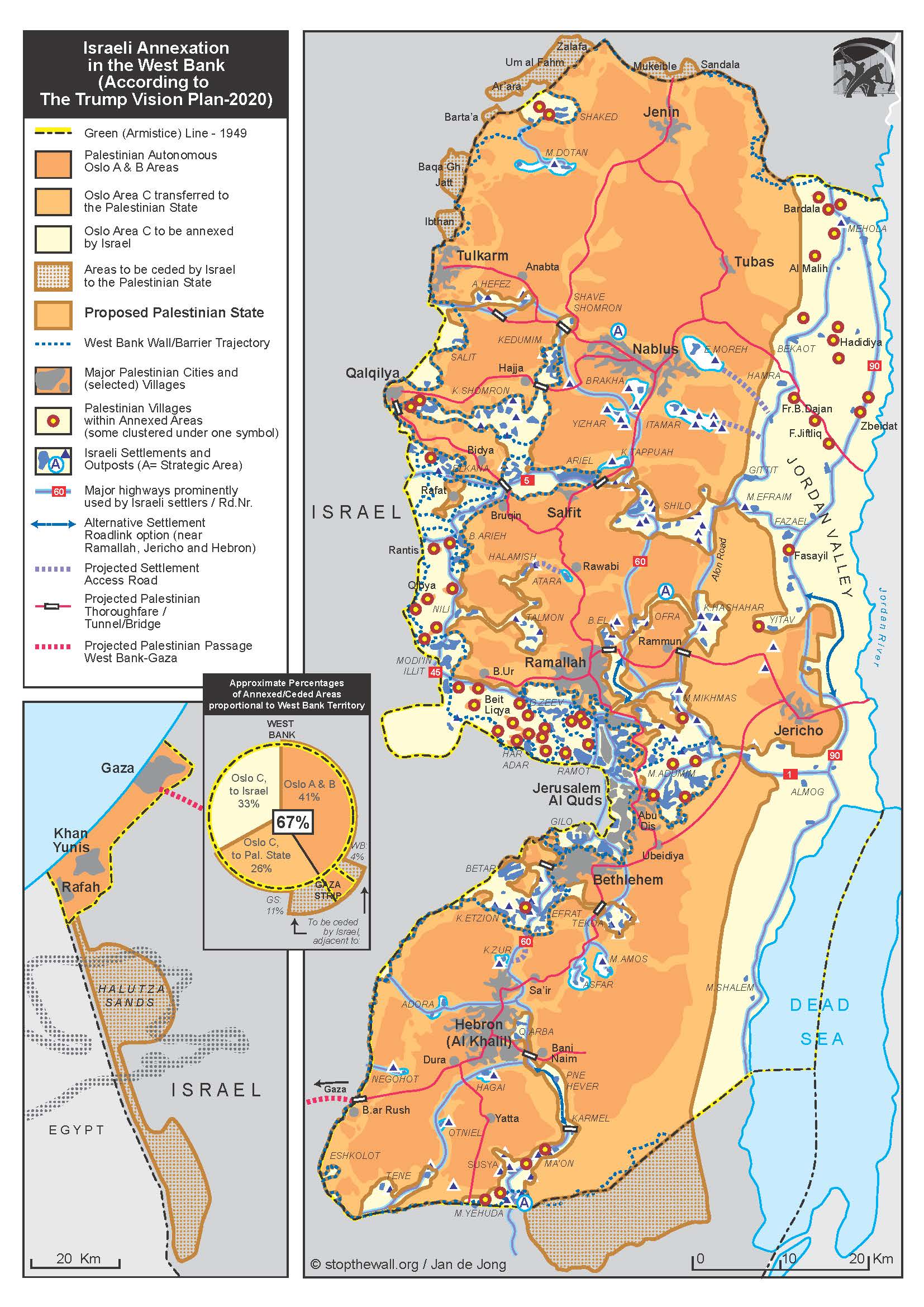 *See note at the bottom.

The Trump administration’s diplomatic plan for Palestine/Israel gives a green light to Israel to annex about a third of the occupied Palestinian West Bank, including the Jordan Valley, in contravention of international law and longstanding official US policy prior to Trump taking office. The following map and explainer provide an overview of the plan. It was produced for StopTheWall.org by cartographer Jan de Jong, who previously produced maps for the Palestine Liberation Organization-Negotiations Affairs Department and the Foundation for Middle East Peace, based on the map and details released as part of the Trump plan document, “Peace to Prosperity," in January 2020.

* Note on reading the map: Under the terms of the supposedly temporary Oslo Accords signed in the 1990s between Israel and the Palestine Liberation Organization, the occupied Palestinian West Bank is divided into three sections:

For more information on the Oslo Accords, see fact sheets here and here.