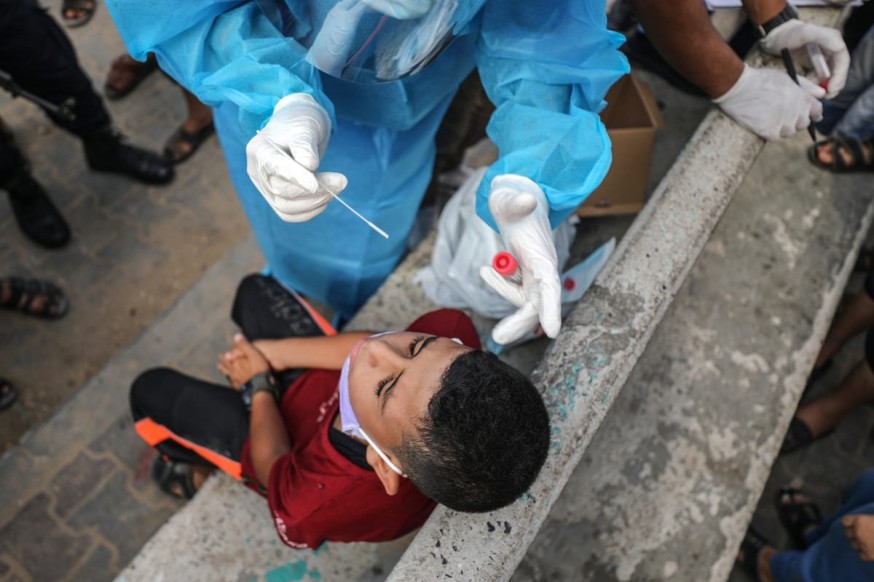 A Palestinian boy is being tested for COVID-19 in Gaza City, Gaza on 30 October 2020 [Ali Jadallah/Anadolu Agency]

Is Israel responsible for vaccinating Palestinians in the West Bank and Gaza against Covid-19?

“To the fullest extent of the means available to it, the Occupying Power has the duty of ensuring and maintaining, with the cooperation of national and local authorities, the medical and hospital establishments and services, public health and hygiene in the occupied territory, with particular reference to the adoption and application of the prophylactic and preventive measures necessary to combat the spread of contagious diseases and epidemics.”

Who has called on Israel to provide vaccines for Palestinians in the occupied territories?

“The Israeli government must stop ignoring its international obligations as an occupying power and immediately act to ensure that COVID-19 vaccines are equally and fairly provided to Palestinians living under its occupation in the West Bank and the Gaza Strip.

“Israel’s COVID-19 vaccine program highlights the institutionalized discrimination that defines the Israeli government’s policy towards Palestinians. While Israel celebrates a record-setting vaccination drive, millions of Palestinians living under Israeli control in the West Bank and the Gaza Strip will receive no vaccine or have to wait much longer – there could hardly be a better illustration of how Israeli lives are valued above Palestinian ones.”

What about Israel’s argument that according to the terms of the Oslo Accords the Palestinian Authority is responsible for vaccinating Palestinians?