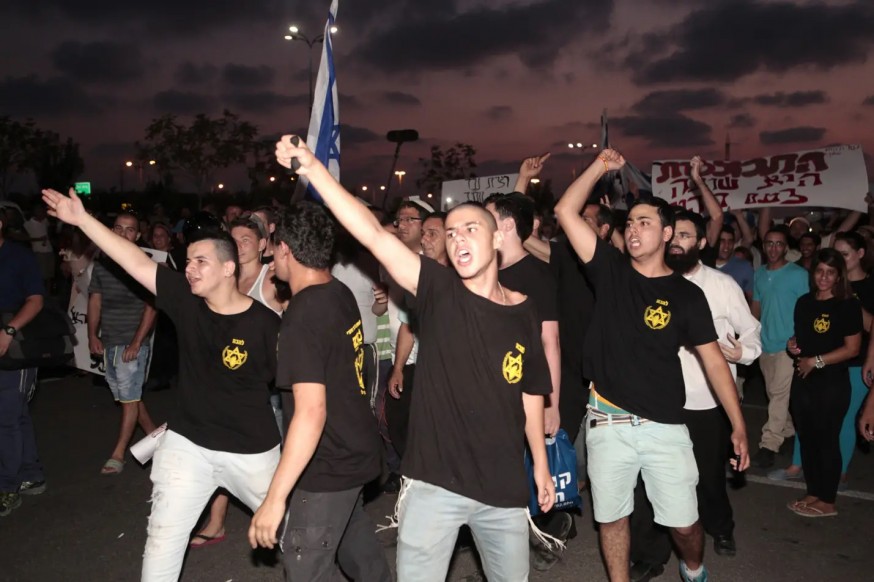 Lehava members protest against the marriage of a Jewish woman and an Arab man, August 2014. (Photo: Ofer Vaknin)

Details about the history and organizational structure of Lehava are murky, but it was reportedly founded by Mosis Zion in 2009, and is led by Benny Gopstein who is variously described in the press as Lehava's "director" or "chairman."