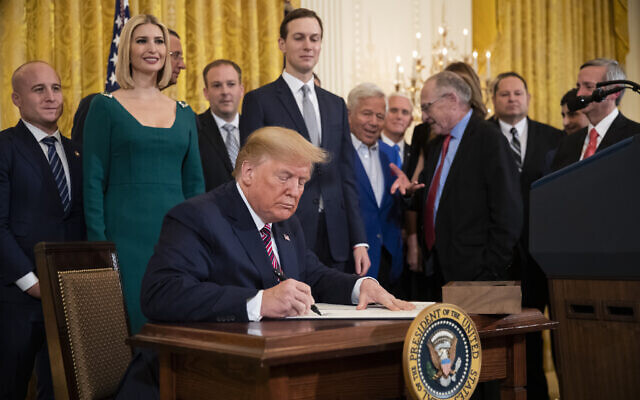 President Trump signs an executive order, based on the IHRA definition, intended to suppress criticism of Israel on US campuses. December 2019. (Photo: Manuel Balce Ceneta/AP)

What is the IHRA Working Definition of Anti-Semitism?

What’s wrong with it?

It conflates legitimate criticism of Israel with anti-Semitism

It conflates anti-Zionism with anti-Semitism

Who has criticized its adoption by governments and others?