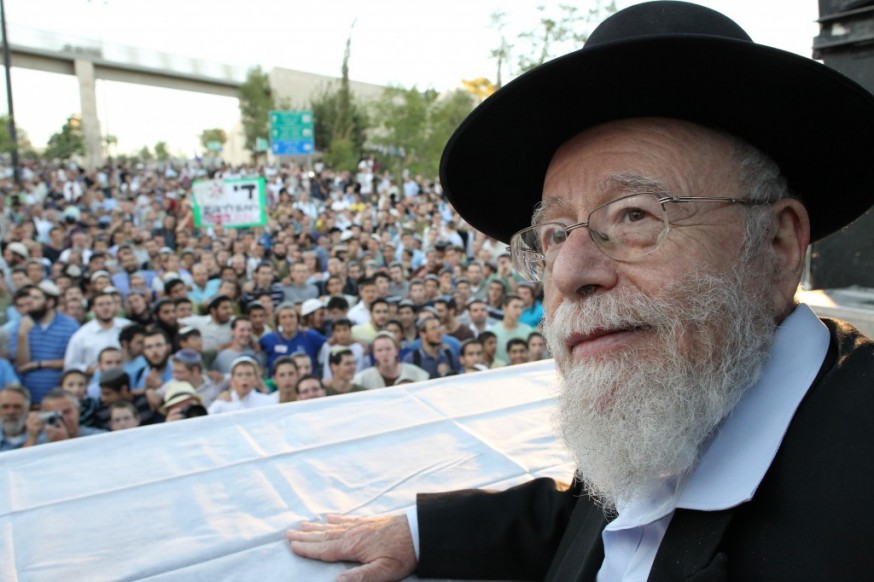 PHOTO: Rabbi Dov Lior speaks at a rally outside the Supreme Court in Jerusalem in July 2011, a month after being arrested on suspicion of incitement after he endorsed The King's Torah, a book that condoned the killing of non-Jewish civilians, including children. (Nati Shohat/Flash90)

Chief rabbi of the city of Safed, candidate for chief Sephardic rabbi of Israel

Late Spiritual leader of the Shas party, which was a part of Prime Minister Benjamin Netanyahu's coalition government from 2009-2012

Chief rabbi of settlements in Hebron and Kiryat Arba, head of the Council of Rabbis of Judea and Samaria [the West Bank], leading figure in the religious Zionist movement

Former chief rabbi of the Israeli military (2006-2010), current head of a yeshiva in the settlement of Itamar

Co-author of The King's Torah