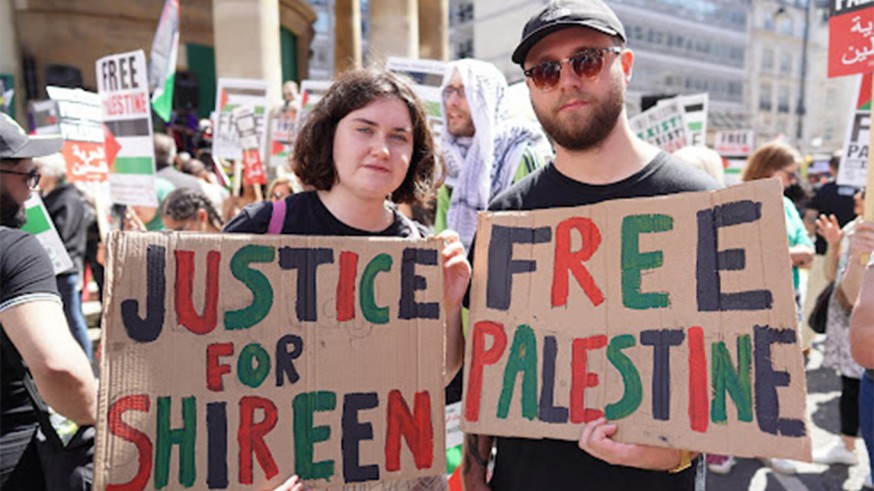 The trip gives the Saudi regime a pass for its authoritarianism at home and its violent attacks against Yemeni civilians, and it violates Biden’s campaign pledge to make Saudi Arabia a pariah for its brutal assassination of Washington Post journalist Jamal Khashoggi, a US resident.

Here are five important issues that are likely to be ignored by Biden on his trip to Israel:

➡️  Members of Congress should press President Biden to respond to and support congressional demands for independent, US investigations of Israel’s killing of Omar Assad and Shireen Abu Akleh.

2. Israel plans to force Palestinians out of their homes and steal their land

➡️  Members of Congress should call on President Biden to insist that Israel immediately halt plans to commit war crimes of forcible expulsion and colonization of occupied land.

They should press him to respond to recent congressional letters that the US ensures that Israel does not proceed with expulsion and colonization plans in Masafer Yatta, Al-Walaja, E1, Wadi Foquin, and Sheikh Jarrah.

➡️  Members of Congress should oppose the DEFEND Act, which would deepen US complicity with repressive regimes in the Middle East.

➡️  Members of Congress should press President Biden to respond to congressional concerns about Israel’s ineligibility to join the Visa Waiver Program and its new restrictions on the rights of Palestinian Americans to enter the West Bank.

5. Biden’s trip will underscore his broken campaign pledge to restore full diplomatic relations with the Palestinian people and reopen the US Consulate in Jerusalem.

➡️  Members of Congress should demand that the Biden administration fulfill its pledge to reopen the US Consulate in Jerusalem, reestablish full US diplomatic relations with the Palestinian people, and end the Trump-era policy of subsuming US-Palestinian relations within the embassy to Israel.

Learn more: The Importance of Reopening the US Consulate in Jerusalem | IMEU Policy Analysis