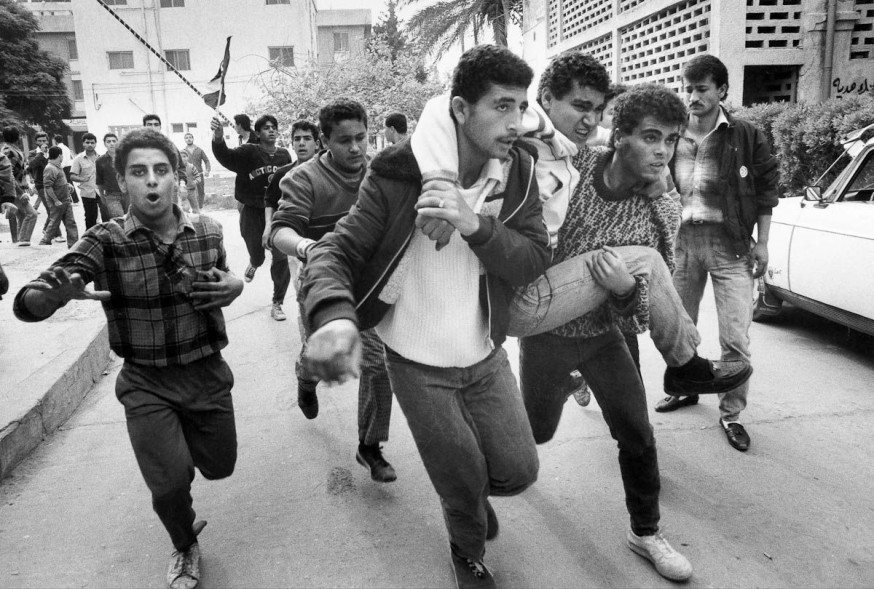 A Palestinian protester injured by Israeli forces in Gaza during the First Intifada is carried to the hospital. (Photo: Jean-Claude Coutausse)

"We walked outside, Ben-Gurion accompanying us. [Commander Yigal] Allon repeated his question, 'What is to be done with the Palestinian population?' Ben-Gurion waved his hand in a gesture which said 'Drive them out!’... I agreed that it was essential to drive the inhabitants out."

“Under terms of the agreement, championed by [Shimon] Peres, then-Defense Minister, and Yitzhak Rabin, the Prime Minister, Israel would help South Africa burnish its international reputation. South Africa would supply the money, with each country appointing a secretary to look after its interests.”