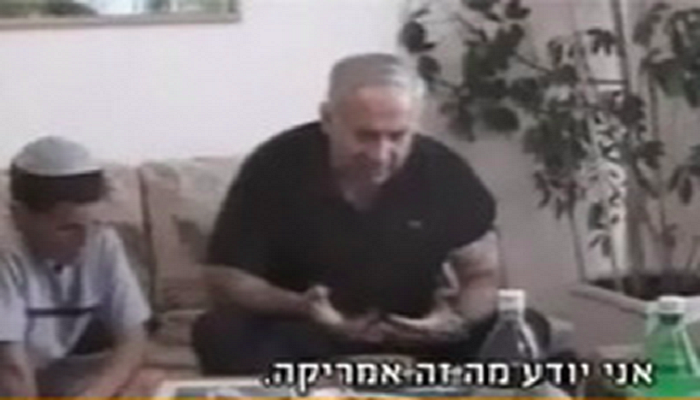 Screenshot of 2001 video of Netanyahu bragging about sabotaging the Oslo Accords.