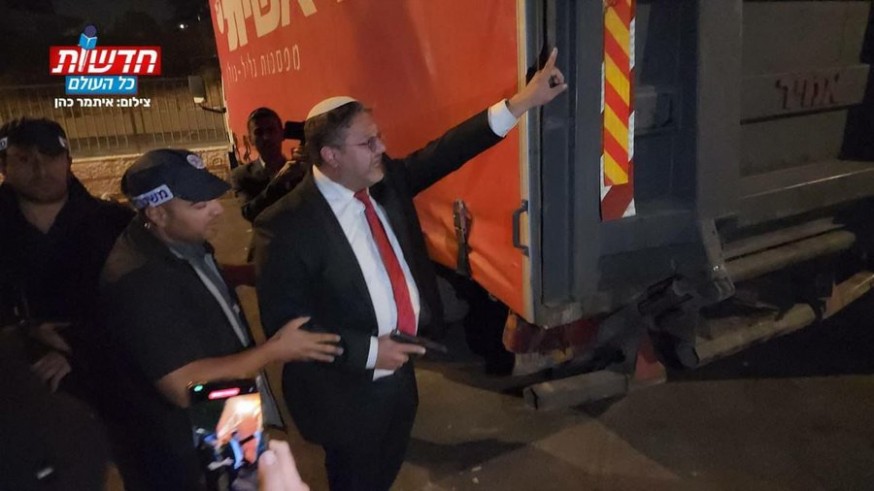 The government that Israelis elected on November 2, 2022, is the most right-wing and overtly racist in the country’s 74-year history. The governing coalition ranges from Prime Minister Benjamin Netanyahu’s hard right establishment Likud party, to right-wing ultra-orthodox religious parties, to the extreme right fascists of the Jewish Power party. Together, they won a majority of 64 out of 120 seats in the Israeli Knesset (parliament).

All the parties in the government support a continuation of Israel’s discriminatory apartheid rule over indigenous Palestinians inside Israel’s pre-1967 borders and in the Palestinian territories occupied by the Israeli military since 1967 (West Bank, East Jerusalem, Gaza). Some of the parties, including Religious Zionism and Jewish Power, want to formally annex parts or all of the West Bank and expel (or kill) Palestinians who resist. Others, like Likud, want to continue de facto annexing the West Bank through the expansion of illegal settlements on occupied Palestinian land to avoid the international condemnation formal annexation would cause, as Israel has been doing for decades.

What to expect from the new government

Parties in the coalition

Likud (32 Knesset seats). Establishment hard-right party. Has ruled Israel for most of the last quarter century (1996-1999, 2001-2005, 2009-2021, 2022- ). Under Netanyahu, has mainstreamed the most racist and extreme elements in Israeli society. Responsible for the massive colonization of Palestinian land in the occupied West Bank and East Jerusalem.

Religious Zionism (7 Knesset seats). Overtly racist, homophobic party that wants to impose conservative Jewish religious law in Palestine/Israel and expel indigenous Palestinians. Campaigned as part of a unified extreme right-wing electoral list, engineered by Netanyahu, that included the Jewish Power and Noam parties. Prior to the election, pro-Israel Democrats in Congress warned Netanyahu not to include members of Religious Zionism, Jewish Power, or Noam in government if he formed it because it would make it more difficult to defend Israel against critics.

Jewish Power (6 Knesset seats). Another overtly racist, extreme right party that calls for the expulsion of Palestinians. Made up of followers of the violent, US-born Rabbi Meir Kahane. Kahane’s Kach party was banned in Israel in the 1980s due to its extreme racism. Kach and other Kahanist groups were labelled terrorist organizations by the US after one of his followers massacred 29 Palestinians in the West Bank in 1994. After the election, one Biden administration official said off the record that the US would likely boycott Jewish Power leader Itamar Ben-Gvir if he was made a cabinet minister.

Shas (11 Knesset seats). Right-wing religious party that represents ultra-Orthodox Jews of Middle Eastern, north African, and Spanish descent. Rabbi Ovadia Yosef, Shas’ late founder and influential spiritual leader, was a notorious racist and Jewish supremacist who preached that Palestinians and other non-Jews “were born only to serve [Jews]. Without that, they have no place in the world; only to serve the People of Israel.”

Key members of the government

Aryeh Deri, Minister of the Interior, Leader of Shas