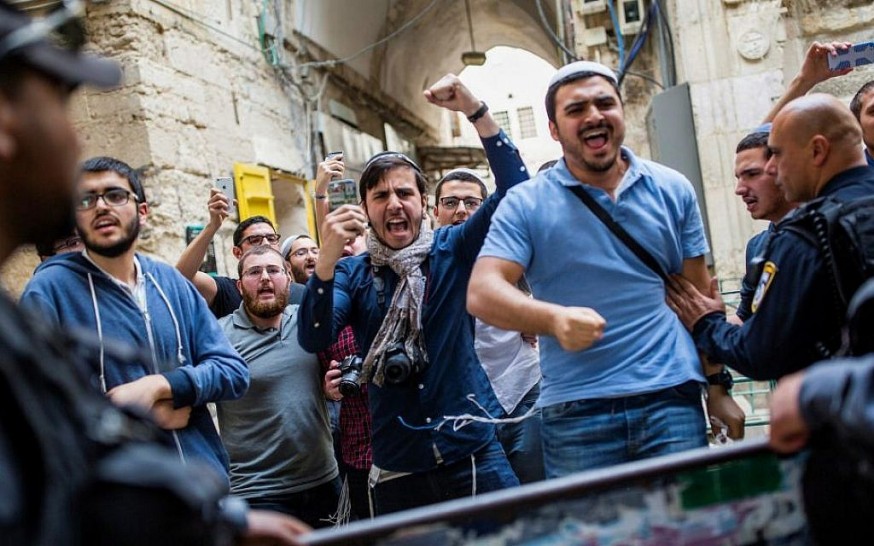 Followers of the messianic Temple Mount Faithful movement, who want to build a Jewish temple in the Noble Sanctuary mosque complex in occupied East Jerusalem, one of the most sensitive holy sites in the world. TMF are among the extremist groups funded by the Central Fund of Israel. (Photo: Corina Kern/Flash90)

What is the Central Fund of Israel?

“Dozens of West Bank [settler] groups seem to view the fund as little more than a vehicle for channeling donations back to themselves, instructing their supporters that if they want a tax break, they must direct their contributions there first.”

“Liberating the Temple Mount [Noble Sanctuary] from Arab (Islamic) occupation… The Temple Mount can never be consecrated to the Name of G-d without removing these pagan shrines. It has been suggested that they be removed, transferred to and rebuilt at Mecca.”