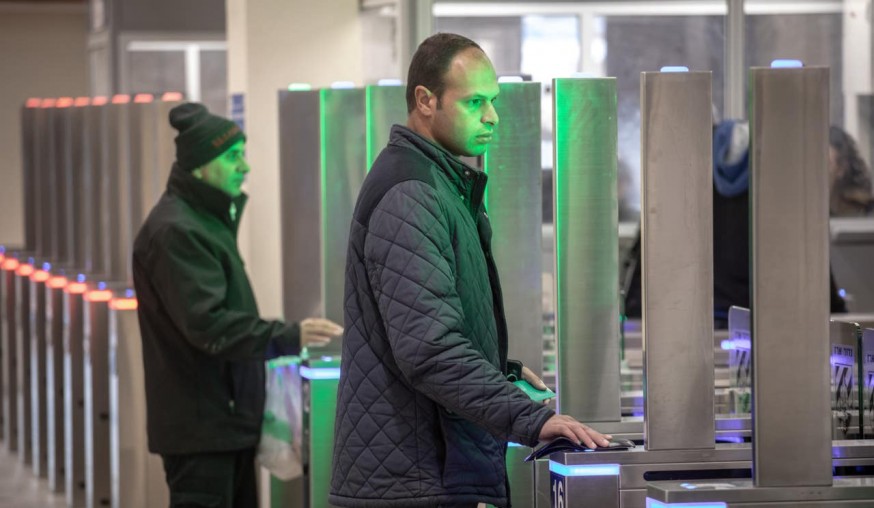 This mass surveillance is part of a complex web of control Israel has imposed on Palestinians, particularly in the occupied territories. This system of control includes restricting the physical movement of people and goods, dividing and isolating Palestinian cities and towns from one another and the outside world, and suppressing freedom of speech on and offline.

The following fact sheet provides an overview of Israel’s methods of surveillance and physical control over Palestinians in the occupied territories.

Israel uses cameras and facial recognition technology to record and track Palestinians, including at military checkpoints they’re forced to pass through in the occupied West Bank.

Israel uses powerful spyware technology like Pegasus, developed by the Israeli military and private companies run by former soldiers, to spy on the smartphones of Palestinians.

Israel uses collaborators to spy on other Palestinians and to incite conflict among Palestinians, often pressuring people into cooperating with violence, imprisonment, and blackmail based on personal information acquired from surveillance or other collaborators.

“In the testimony and in interviews… the Unit 8200 veterans described exploitative activities focused on innocents whom Israel hoped to enlist as collaborators. They said information about medical conditions and sexual orientation were among the tidbits collected. They said that Palestinians lacked legal protections from harassment, extortion and injury. ‘Palestinians’ sex talks were always a hot item to pass on from one person in the unit to the other for a good laugh,’ read one officer’s testimony.”

“The Palestinian population under military rule is completely exposed to espionage and surveillance by Israeli intelligence. It is used for political persecution and to create divisions within Palestinian society by recruiting collaborators and driving parts of Palestinian society against itself. In many cases, intelligence prevents defendants from receiving a fair trial in military courts, as the evidence against them is not revealed.”

Israel closely monitors Palestinians on social media, arresting people for posts that encourage resistance to Israel’s occupation and apartheid regime, and pressures tech companies to censor posts and suspend accounts of Palestinian journalists, activists, and others.

2. Israeli restrictions on the physical movement of Palestinians

Israel uses biometric ID Cards, travel permits, and control of the population registry in the occupied territories to monitor Palestinians and to limit where and with whom they can live and where they can travel.

“Since 1967, the population registry has been central to Israel’s administrative efforts to control the demographic composition of the occupied Palestinian territory… Israel has used Palestinians’ residency status as a tool to control their ability to reside in, move within, and travel abroad from the West Bank, as well as to travel from Gaza to Israel and the West Bank.”

Israel uses walls, military checkpoints, and other physical obstacles to control and limit the movements of Palestinians.

Israel denies most Palestinians in the diaspora the right to visit their homeland.