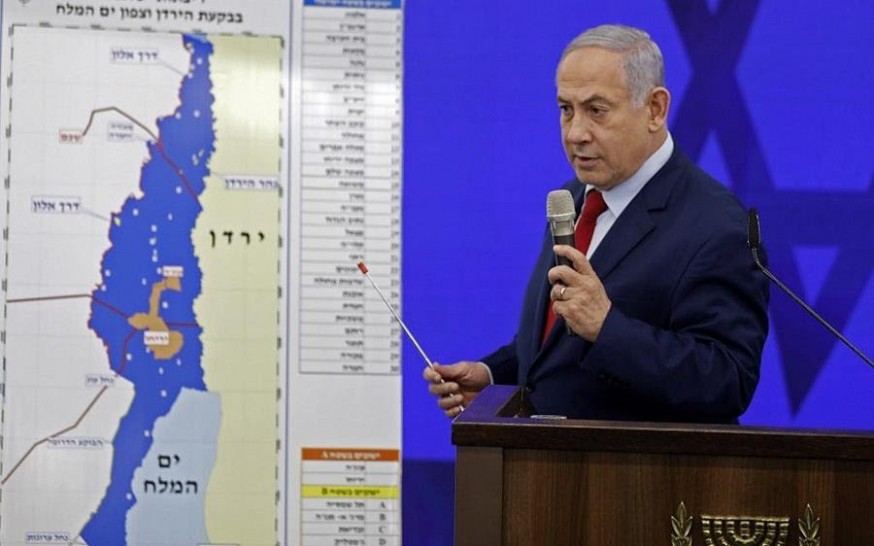 Parties in the Coalition & Their Policies Towards the Palestinians

Israel Resilience Party (Blue and White) (15 seats): Leader Gantz supports annexing the Jordan Valley in the occupied Palestinian West Bank and embraced the diplomatic plan for Palestine/Israel that Trump released in January 2020. He has also said Jerusalem should remain under Israeli control as part of any peace deal, and that large so-called settlement “blocs” that divide Palestinian population centers in the West Bank into isolated cantons should remain in place.

Shas (9 seats): Although its late spiritual leader, Rabbi Ovadia Yosef, was notoriously racist against Palestinians, at least in theory Shas is willing to accept the creation of a Palestinian state.

United Torah Judaism (7 seats): A coalition of two small parties representing ultra-Orthodox Jews of European origin, UTJ is focused almost exclusively on domestic social issues and does not have a clear position regarding the Palestinians.

Labor (3 seats): While Labor’s platform includes support for a demilitarized Palestinian “state” as part of a two-state solution, it declares that “this future vision is not attainable” now. Labor also wants Israel to keep large so-called settlement “blocs” built illegally on occupied Palestinian land as part of any agreement.

Derekh Eretz (2 seats): Composed of two right-wing former members of the Telem party, which was part of the Blue and White coalition prior to coalition leader Gantz agreeing to join Netanyahu in government. As part of Blue and White, the two were among those opposed to the formation of a government involving or supported by parties representing Palestinian citizens of Israel, the Joint List coalition.

Gesher (1 seat): Founded in 2018, Gesher is a small centrist party focused primarily on economic issues. In March 2020, leader Orly Levy broke her party’s electoral alliance with the Labor and Meretz parties because she was concerned they would support a government headed by Benny Gantz that included parties representing Palestinian citizens of Israel.

Benjamin Netanyahu (Likud): Under the coalition agreement, Netanyahu will serve as prime minister for the first 18 months, and then be succeeded by Gantz for the remainder of the government’s term. However, he is facing an indictment on three charges of corruption with a trial date set for May 24, 2020, and could be forced to resign if convicted. Netanyahu has spent virtually his entire political career attempting to prevent the creation of a Palestinian state in the occupied territories and inciting hatred against Palestinians, including repeatedly race-baiting and attempting to suppress turnout of Palestinian citizens of Israel during the 2019 and 2020 electoral campaigns. He also repeatedly pledged to annex much of the occupied Palestinian West Bank if reelected. For more on Netanyahu, see here and here.

Benny Gantz (Israel Resilience / Blue and White Party): Will serve as minister of defense and deputy prime minister for the first 18 months, after which he is supposed to succeed Netanyahu as prime minister for the remainder of the government’s term. Gantz also supports annexation of Palestinian land in the occupied Jordan Valley as part of Trump’s plan for Palestine/Israel.

Gabi Ashkenazi (Israel Resilience Party): For the first 18 months, Ashkenazi, a former general and military chief of staff will serve as foreign minister, after which he will become defense minister.

Miri Regev (Likud): Notorious for inciting racism and violence against Palestinians and other non-Jews in Israel, once telling an interviewer she was “happy to be a fascist,” Regev will be transportation minister, followed by foreign minister in the government’s second term. Regev is also known for provoking tensions around the revered Noble Sanctuary Mosque complex (“Temple Mount” to Jews) in occupied East Jerusalem, threatening to spark a major religious conflagration, as part of the so-called “Temple Mount movement” that is pushing to build a Jewish temple in the Noble Sanctuary. For more on Regev, see here.

Rafi Peretz (Jewish Home): Jewish Home party leader Peretz is a former education minister, chief rabbi of the Israeli military, and messianic extremist notorious for his racist and homophobic views. He will serve as Jerusalem Affairs Minister in the government’s first term. In August 2019, he spoke at a conference honoring a US-born rabbi known for publishing a pamphlet praising the Israeli-American settler who massacred 29 Palestinians as they prayed in Hebron in 1994 and endorsing a book written by another rabbi that endorsed the murder of non-Jews, including babies and children, in times of conflict.

Tzipi Hotovely (Likud): A staunch opponent of Palestinian statehood and notorious racist who opposes the mixing of Arabs and Jews, Hotovely will serve as Settlement Affairs Minister for first 18 months of the government. She is also part of the “Temple Mount movement” of messianic Jewish extremists who want to build a Jewish temple in the historic Noble Sanctuary mosque complex (known as the “Temple Mount” to Jews) in occupied East Jerusalem, threatening to spark a major religious conflict in the region and beyond. In 2015, then-Deputy Foreign Minister  Hotovely told an interviewer: "It's my dream to see the Israeli flag flying on the Temple Mount." For more on Hotovely, see here.

Gilad Erdan (Likud): Hardliner Erdan, who spearheaded Israel’s war against the grassroots boycott, divestment, and sanctions campaign for Palestinian rights in recent years, including working with Israel’s spy agency Mossad, has been appointed ambassador to the United Nations and ambassador to the United States. In October 2019, then-Public Security Minister Erdan was criticized for racist remarks about Palestinian citizens of Israel, claiming that Arab culture is inherently prone to violence. As public security minister, Erdan was responsible for overseeing Israeli police at the time.