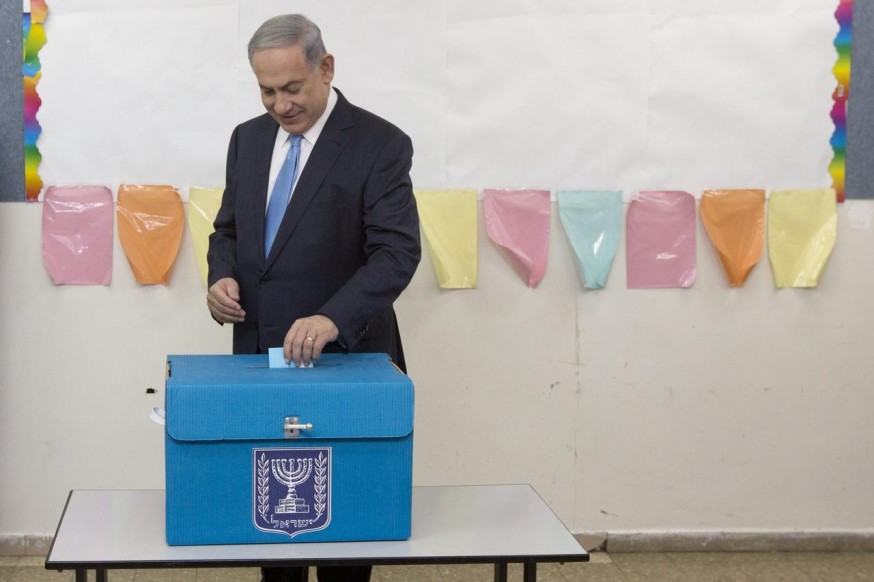 The following guide offers a brief description of the major parties, their policies towards the Palestinians, and some notable candidates.

Number of seats won in the September 2019 election: 32

Formed in the early 1970s as a coalition of right-wing parties, Likud has been the most powerful force in right-wing Israeli politics since. Likud opposes the two-state solution, Palestinian statehood, or Palestinian self-determination in any part of historic Palestine, and strongly supports the construction of illegal Jewish settlements on occupied Palestinian land.

Number of seats won in the September 2019 election: 33

Yesh Atid ("There is a Future") is a center-right party that was a key part of Netanyahu’s coalition government from 2013-2014, when leader Yair Lapid served as finance minister. Israel Resilience is a center-right party formed by retired general Benny Gantz in 2018. In early 2019, the two parties joined forces on a joint electoral list, Blue and White, along with two other former generals, to defeat Netanyahu.

Gantz has said he will annex the Jordan Valley in the occupied Palestinian West Bank and embraced the diplomatic plan for Palestine/Israel that the Trump administration released in January 2020, which was widely considered to be a gift to Netanyahu and the Israeli right, and not the basis for a peace agreement. He has also said Jerusalem should remain under Israeli control as part of any peace deal, and that large so-called settlement “blocs” that divide Palestinian population centers in the West Bank into isolated cantons should remain in place. Gantz has also said Blue and White will not sit in a coalition government that includes parties representing Palestinian citizens of Israel.

Number of seats won in the September 2019 election: 13

The Joint List is composed of four parties representing Palestinian and non-Zionist Jewish citizens of Israel (Hadash, Ta’al, Balad, United Arab List.) All parties support full equality for all Israeli citizens, regardless of religion or race. After running on two separate slates in the April 9, 2019, elections the parties lost ground resulting in their reunification for the September election and March 2020 campaign.

Number of seats won in the September 2019 election: 7

A far-right coalition mixing secular and religious nationalists, Yamina is composed of the New Right, Jewish Home, and National Union parties. It was founded by former Jewish Home leader Naftali Bennett and MK Ayelet Shaked after their New Right party failed to reach the threshold to enter the Knesset in the April vote.

Yamina strongly supports Israel’s illegal settlement enterprise, including a plan to increase the number of settlers living on occupied Palestinian land by a half million, for a total of more than one million, in order to ensure a Palestinian state will never be created in the West Bank.

Behind every terrorist stand dozens of men and women, without whom he could not engage in terrorism… They are all enemy combatants, and their blood shall be on all their heads. Now this also includes the mothers of the martyrs, who send them to hell with flowers and kisses. They should follow their sons, nothing would be more just. They should go, as should the physical homes in which they raised the snakes. Otherwise, more little snakes will be raised there.

Number of seats won in the September 2019 election: 9

Shas is a right-wing ultra-orthodox religious party. Although its late spiritual leader, Rabbi Ovadia Yosef, was notoriously racist against Palestinians and other non-Jews, at least in theory Shas is willing to accept the creation of a Palestinian state.

Number of seats won in the September 2019 election: 7

United Torah Judaism is a coalition of two small parties representing ultra-Orthodox Jews of European origin, known as Haredim. It was part of Netanyahu’s previous governments, as was Shas, which it is allied with. It is focused almost exclusively on domestic social issues and does not have a clear position regarding the Palestinians.

Number of seats won in the September 2019 election: 8

Yisrael Beiteinu is a secular, ultranationalist right-wing party founded in 1999 by Lieberman, an immigrant and former nightclub bouncer from Moldova in the former Soviet Union. It espouses hardline, racist policies towards Palestinian citizens of Israel. While in theory Yisrael Beiteinu supports a two-state solution with the Palestinians, as part of any such agreement the party advocates the “transfer” of Palestinian citizens of Israel to the Palestinian state, thereby stripping them of their citizenship and the freedom of movement it allows.

Number of seats won in the September 2019 election: 0

Jewish Power is an overtly racist, fascist party comprised of followers of the late Meir Kahane, whose Kach party was banned from Israeli politics in 1988 due to its virulent racism and is considered a terrorist organization by the US. The party advocates the ethnic cleansing of Palestinians from Israel and the occupied territories. Its platform (Hebrew) calls for establishing “a national authority for encouraging emigration” of Palestinians.

For the April 9 vote, Jewish Power agreed to a controversial deal orchestrated by Netanyahu that would have brought them into government if Netanyahu had been able to form one. During the 2019 and 2020 campaigns, Jewish Power leaders Michael Ben-Ari (a former member of the Knesset for the National Union party), Baruch Marzel, and Bentzi Gopstein were banned by the Supreme Court from running because of their long history of extreme racism and inciting hatred and violence against Palestinians and left-wing Israelis.

A joint parliamentary list formed in January 2020, including the formerly powerful Labor party. Labor and its precursor dominated Israeli politics for decades after the establishment of the state and initiated Israel’s illegal settlement enterprise in the occupied Palestinian territories but has been on the decline since the 1990s as Israeli society has moved rightward. After a poor showing in the April 2019 election, the party merged with the smaller Gesher party on a list for the September 17 vote. The small Meretz party joined for the March 2020 election.

While Labor’s platform includes support for a demilitarized Palestinian “state” as part of a two-state solution, it declares that “this future vision is not attainable” now. Labor also wants Israel to keep large so-called settlement “blocs” built illegally on occupied Palestinian land as part of any peace agreement. Meretz supports a two-state solution and the creation of a Palestinian state. Gesher officially supports reaching a peace agreement with the Palestinians but also supports Israel maintaining control of all of Jerusalem as well as large so-called settlement “blocs” that dissect Palestinian population centers in the West Bank and make the creation of a contiguous Palestinian state impossible.