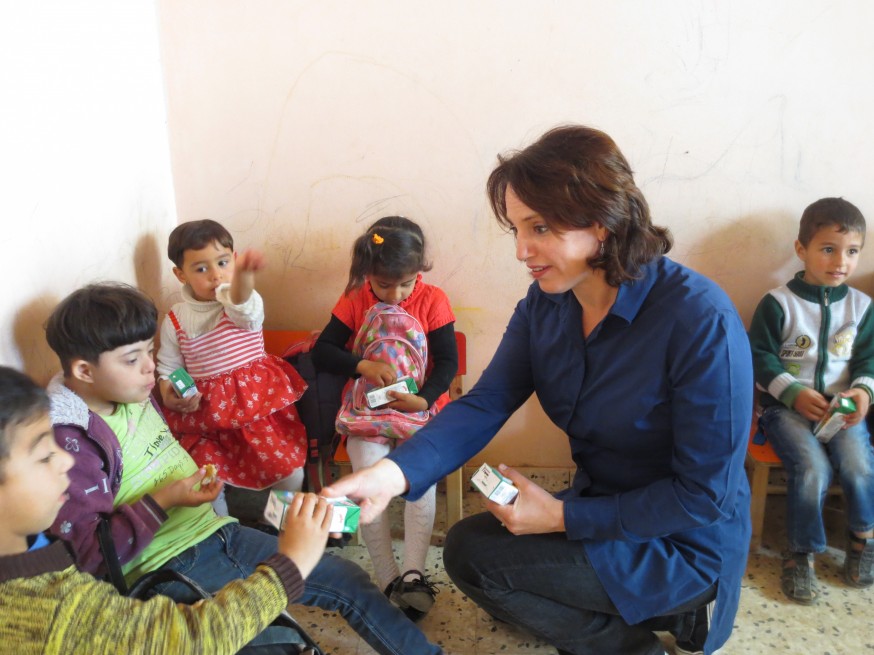 Dr. Laila Al-Marayati is a former Presidential appointee and Director of Women's Health at a large community health center in California. Born in 1962 and raised in a Palestinian family in Los Angeles, she ran her own gynecological practice for 11 years after earning her medical degree from UC-Irvine and receiving specialty training in gynecology at Los Angeles County USC Women's Hospital.

Al-Marayati attributes her interest in medicine to her father who for many years was a family doctor for the Arab-American community of Los Angeles. "I believe his example of being an excellent physician who cared deeply for his own country and his people inspired me in terms of professional choice and activism," she says.

Between 1999 and 2001, Laila Al-Marayati was a Presidential appointee to the U.S. Commission on International Religious Freedom (USCIRF), calling herself a "counterbalance to neo-conservative members Elliott Abrams and John Bolton." In this capacity, she offered a vigorous dissenting view regarding the commission's findings on the religious freedom extended by the Israeli government.

"I felt my role was to bring balance and to highlight the concerns and perspectives of Muslims living around the world who experience tremendous persecution," Al-Marayati explains. "I was able to have the Commission focus briefly on the religious freedom violations committed by Israel both within Israel and in the Occupied Territories. We were unable to come to a consensus due to the unwillingness of some of the Commissioners to criticize Israel under any circumstances."

Al-Marayati is a founding member and former president of the Muslim Women's League, which challenges discrimination against Muslim women. Additionally, she is the Chairwoman of KinderUSA, an organization dedicated to advancing the well-being of Palestinian children. Her commitment to this work is strengthened by her visits to Palestine, though when Al-Marayati last attempted to visit in 2004 she was denied entry by Israel without explanation. Nonetheless, she comments that on previous visits her arrival in Palestine was so warmly welcomed that she instantly felt at home.

"My work at KinderUSA is of great importance to me considering the dire conditions faced by the Palestinians," Al-Marayati says. "Looking into the face of an innocent Palestinian child who deserves to have a future filled with hope gives me the impetus I need to make sure this project works.